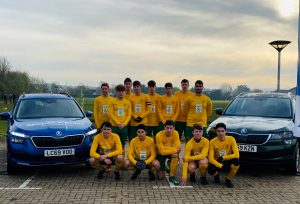 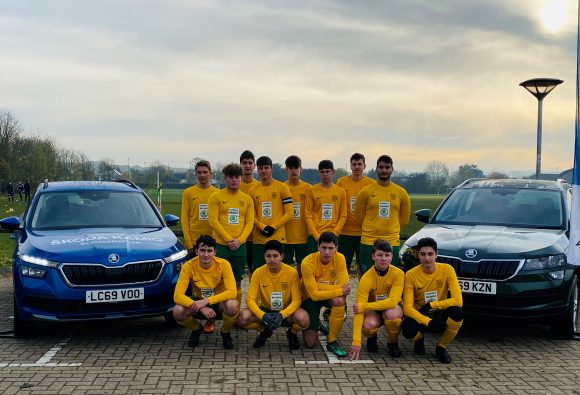 BUDDING football talent at a Surrey club have kicked off the new year in style after receiving the backing of one of the UK’s biggest motor retailers.

Burpham Juniors is based at Sutherland Memorial Ground and was established in 2000 to promote children’s football within Guildford.

The club’s teams, which range from under-5s to under-18s, are run entirely by parents and volunteers, who give up their time so the youngsters can play and socialise.

As part of the sponsorship, Lookers Skoda will also display some of its range of vehicles on the sidelines of home matches.

The two-year agreement is part of Lookers’ community engagement strategy, which has seen it sponsor men’s and women’s teams as well as individuals in everything from football and rugby to martial arts and motocross.

Jo Edmondson, head of business at Lookers Skoda Guildford, said: ‘We’re really looking forward to forging a close relationship with Burpham Juniors FC and the Burpham Ospreys in particular, as some of the team’s young talent look to move forward with their footballing careers.

‘It’s local initiatives like this that help to provide the glue that keeps communities together.’

Burpham Juniors spokesman Philip Johns said: ‘It’s fantastic to have Lookers on board and it will provide a big boost to these young players to have such a big-name retailer on their chests.

‘We look forward to working with Lookers, which I’m sure will help us attract more attention and hopefully more young talent to the team.’

MORE: Lookers hits the right note with sponsorship of orchestra