Ford Fiesta starts 2013 as it means to go on 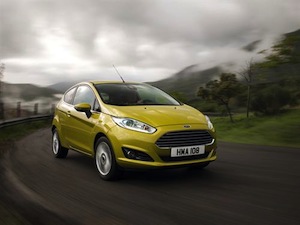 THE Ford Fiesta has started the year as it means to go on, claiming the number one spot in the January sales charts.

Just over 7,900 Fiestas were sold by dealers during the month, while its bigger brother, the Focus, took second with 5,794 units registered.

Volkswagen’s Golf claimed fifth with 3,335 units, while Peugeot shifted 2,959 208s in January. The Volkswagen Polo finished in ninth after dealers sold 2,885 units of the German supermini, while the Qashqai’s cousin, the Nissan Juke, took ninth with 2,522.

The Mercedes-Benz C-Class rounded-out the top ten best-selling cars in January. With 2,356 cars sold in the month, it represented the only premium D-segment car in the standings, beating the normally popular BMW 3 Series.