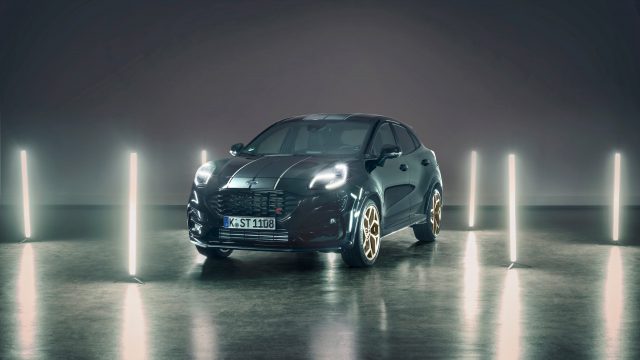 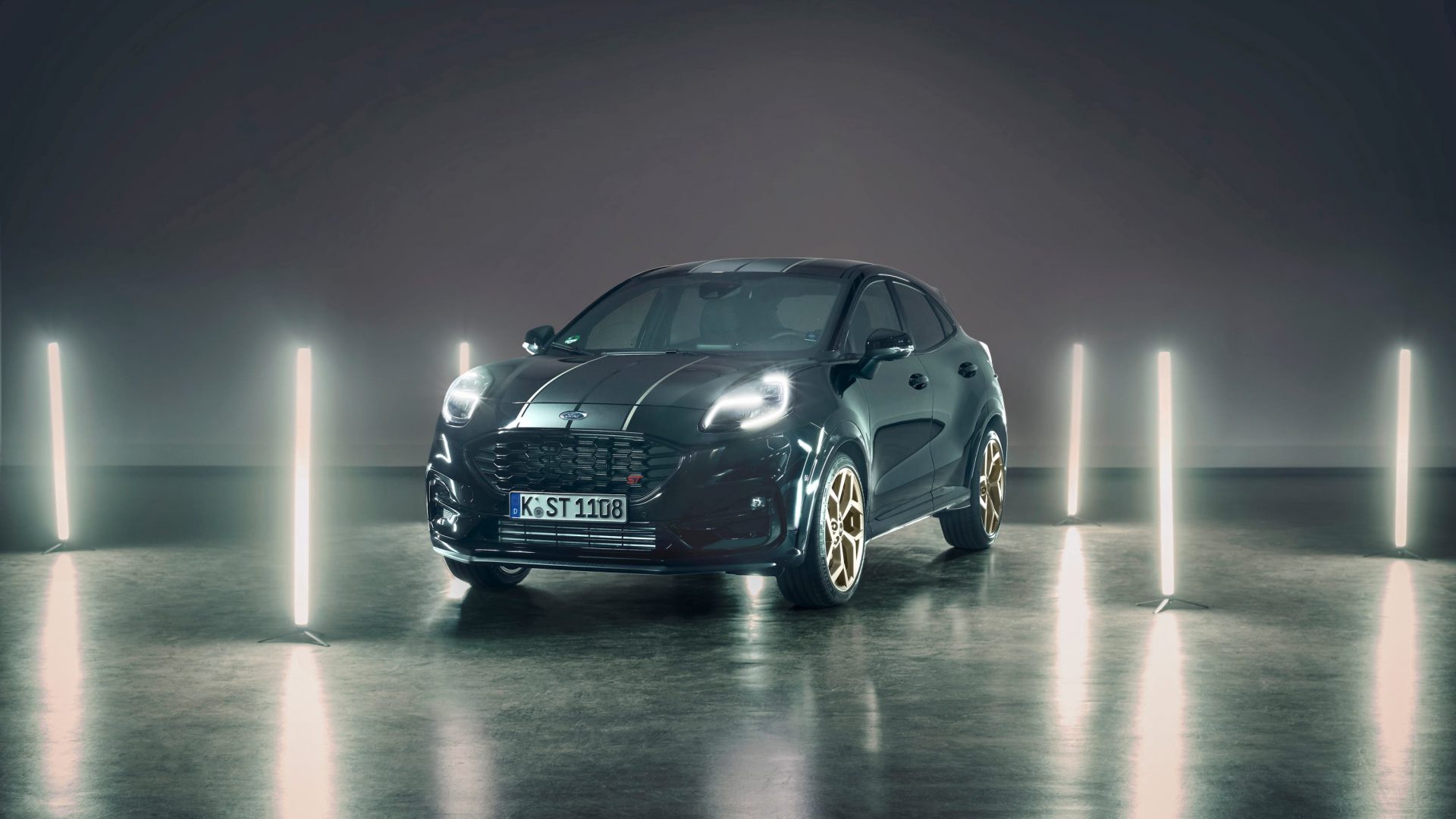 Ford has revealed a special Puma ST that’s been created through crowdsourcing.

Ford will now put the special Puma into limited production and expects to place it on sale later this year.

Fans were able to choose the model’s paint, decals and brake callipers, allowing it to become the first-ever Ford Performance model to wear a crowd-sourced design.

🎉The votes are in and the winning features have been confirmed. Here's a sneak peek of how you designed YOUR #FordPumaST.

Keep an eye out for the full reveal on June 18th 👀#Ford #Design pic.twitter.com/qFCbLU03Is

The exterior of the car is finished in a glossy black colour, contrasting the red brake callipers and line decals.

Some 79 per cent of those who took part in the online poll voted that the ST badges should remain on the car, so they’re fitted at both the front and rear of the Puma.

Amko Leenarts, director of design at Ford of Europe, said: ‘To create something truly special for our loyal performance fans, we’ve moved to a forward-looking approach in co-creating the Puma ST Gold Edition with them.

‘The number of votes cast shows just how enthusiastic our customers are – and that they have excellent taste.

‘It’s all in the details, and with this special edition, our fans have configured a truly desirable product.’

The Gold Edition is powered by the same 1.5-litre turbocharged petrol engine that’s found in the regular ST.

Prices for the Puma ST Gold Edition have yet to be announced.