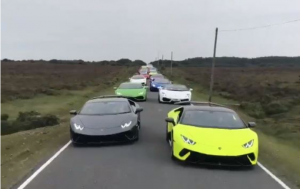 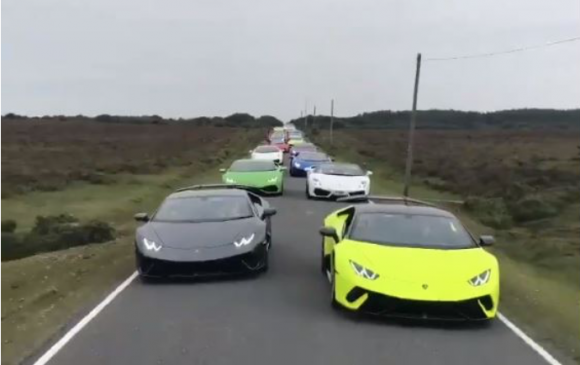 LUXURY car group H.R. Owen caused outrage after a publicity stunt saw some of its Lamborghinis driving two abreast on a public road.

The vehicles were heading to the Beaulieu Supercar Weekend this month when the high-end firm filmed them side by side in the New Forest and proudly tweeted it.

However, it provoked a backlash, reported the New Milton Advertiser and Lymington Times, with people condemning the stunt and Hampshire Constabulary saying it would be speaking with the organisers. 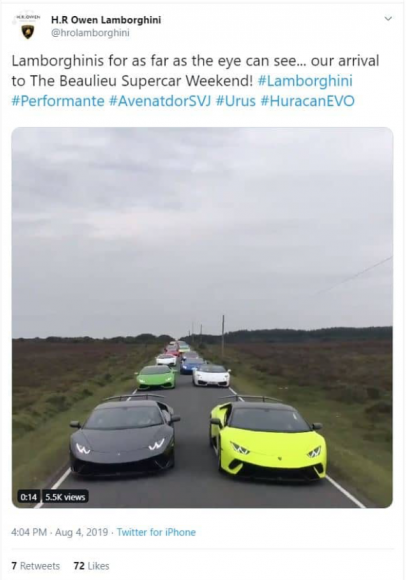 One Twitter user called it ‘very stupid and irresponsible’, while another pointed out that pictures such as this were usually taken on closed roads.

The tweet with the video was subsequently deleted, and an H.R. Owen spokesman said all its drivers were given verbal safety briefings ‘encouraging them to follow the rules of the road at all times’ before they headed off, adding that ‘maintaining the safety of all road users’ was its top priority at such events, reported the newspaper.

It also quoted a police spokesman as saying the force would be contacting the event organisers ‘to ensure that this type of driving behaviour does not happen again by those attending their events’.

A spokesperson for Beaulieu was quoted as saying that the museum always stressed to its visitors that they must ‘drive responsibly and with respect to our neighbours, the New Forest and its wildlife and the safety of other road users . . . We will continue to do everything in our power to reinforce this important safe driving message.’