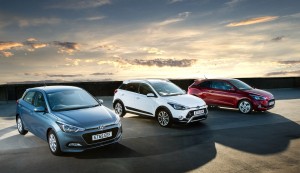 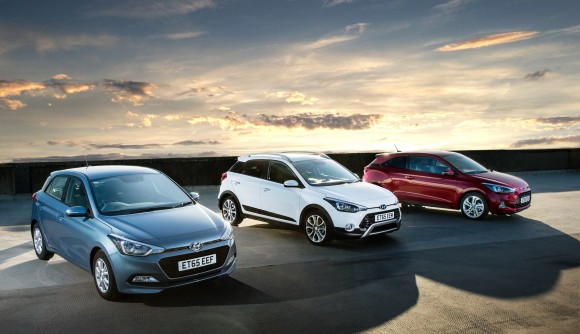 HYUNDAI has announced full pricing and specifications of the refreshed MY16 i20 range, which now includes the i20 Active compact crossover and efficient new 1.0-litre T-GDi engines.

The T-GDi engine is a 1.0-litre three-cylinder, producing 98bhp and replaces the 1.4-litre, 98hp engine for i20s equipped with a manual gearbox. It offers improved performance and lower running costs than the previous engine, with CO2 emissions as low as 99g/km and a combined fuel economy of 65.7mpg. Prices for the SE model start at £14,025 OTR.

Hyundai has also introduced a new 1.0 T-GDi 118bhp model – the most powerful engine in an i20 to date. This is available in the Premium 5-door and Sport versions of the i20 Coupe and above. Prices start from £15,525 OTR in either body style.

Also new for 2016 is the compact crossover model, the i20 Active. This is available only with the new T-GDi in 98hp form, and will return a combined fuel economy of up to 58.9mpg and CO2 emissions of 110g/km.

The i20 Active costs £15,225 OTR, and comes with 17-inch alloy wheels, LED daytime running lights, DAB radio and rear parking sensors as standard. With unique bumpers, roof rails, a rear spoiler and a 20mm-higher ride, it’s described as ‘a purposeful and rugged addition to the i20 range’.

More standard equipment has been added across the i20 range. The i20 SE, for example, now adds DAB radio and a fresh 15-inch alloy wheel design to its line-up of rear parking sensors, cruise control, air conditioning and Bluetooth with voice recognition.

Tony Whitehorn, President and CEO of Hyundai Motor UK, said: ‘We’ve seen an incredible response from customers to the new i20, and for the MY16 range we’ve made things better still. With the addition of the i20 Active, our customers can now also have a stylish, well-equipped and rugged i20 at a very affordable price.’

The 2016 Hyundai i20 will be available in showrooms from March 3.

MORE: Ben Garside: We might not be as quick as Usain, but we’re getting there!

MORE: Want to be part of our 100th issue? Tell us the favourite car you have ever sold