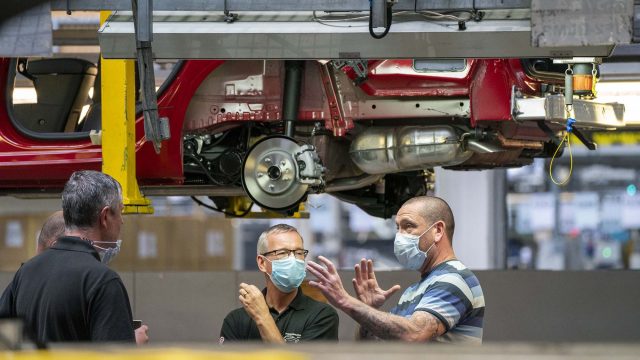 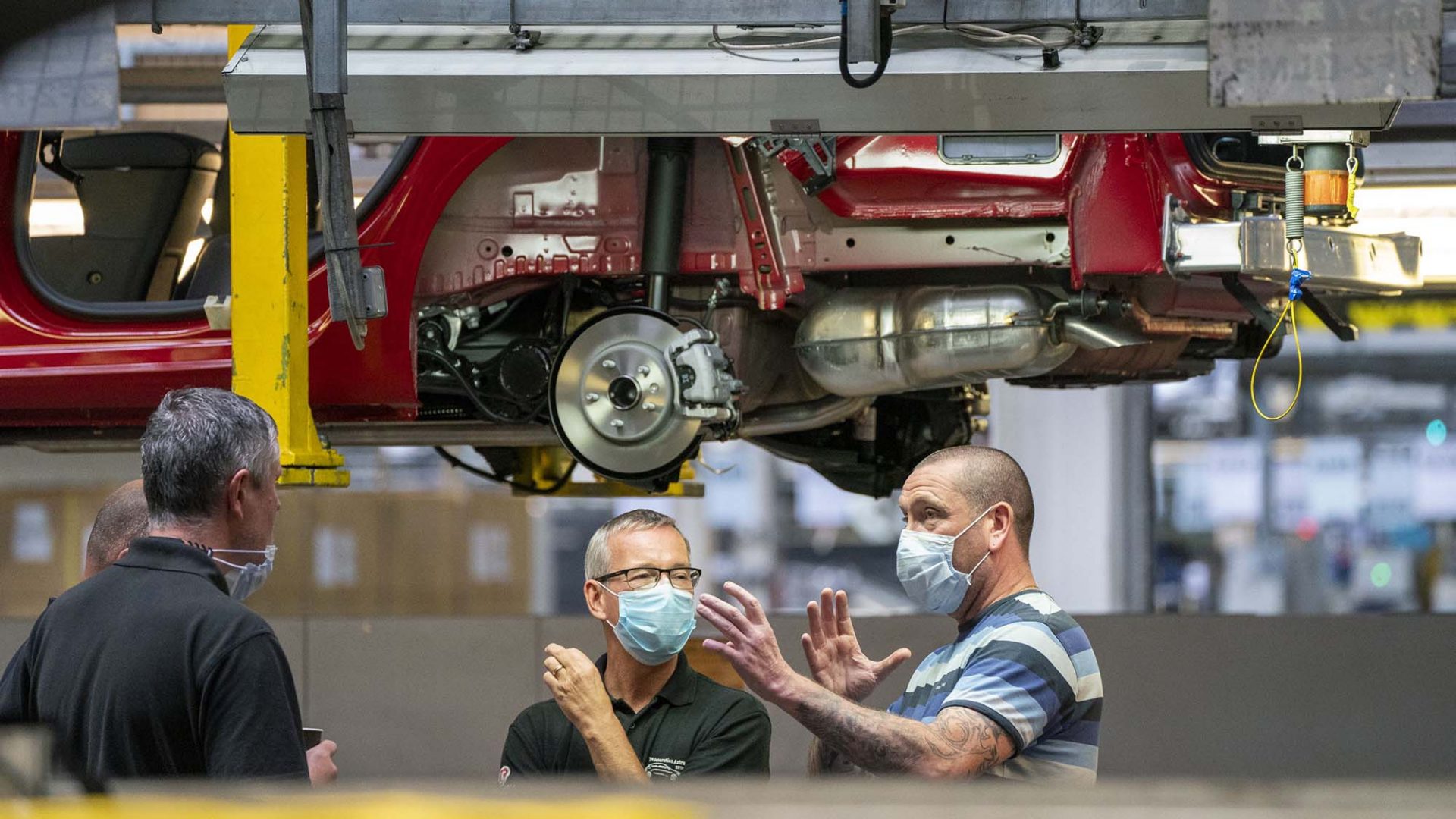 Output growth in the UK for the past three months eased back from recent highs as stock shortages hit record levels.

The Confederation for British Industry (CBI) reported 22 per cent growth for the quarter to August, which was a slowdown from the 37 per cent increase for the three months to July.

Its latest monthly industrial trends survey showed that this was mainly driven by the automotive industry, which nevertheless saw output drop from a near-record pace to being flat for the period.

However, manufacturers say they expect output growth to pick up again over the next three months.

The CBI’s latest monthly industrial trends survey, which polled 262 major manufacturers, found that output rose in 13 out of 17 sectors, with growth particularly driven by the food, drink and tobacco divisions.

It added that activity was ‘strong’ as order books remained ‘firm’.

‘However, early signs from the data suggest that growth in activity may have peaked.’

The survey also revealed that stock levels fell to a new record low for the third consecutive month.

Paleja added: ‘Many firms are feeling the pinch from ongoing supply chain disruption, which also partly explains the continued strength in pricing pressures.’

Firms reported a stock adequacy reading of -14 per cent for the period, which was the worst figure since records began in 1977, as respondents highlighted issues in electronic engineering and plastic products in particular.

Tom Crotty, chairman of the CBI manufacturing council and group director at Ineos, which has the Grenadier 4×4 among its brands, said: ‘While it is great to see manufacturing performing well, there is no getting away from the fact that many firms are facing serious challenges, such as staff shortages, supply disruption, and rising costs.

‘It is important that these issues are addressed quickly.

‘Looking ahead, the upcoming Spending Review and Cop 26 conference present exciting opportunities for the manufacturing sector to define its role in the UK’s decarbonisation journey and economic renewal over the longer term.’