Home > News > Investigation: Auction fever continues as used car stock snapped up by trade and consumer buyers across the UK

Investigation: Auction fever continues as used car stock snapped up by trade and consumer buyers across the UK

Supply of used cars is still way behind demand as auction houses across the country struggle with increased activity on used car dealer forecourts.

Car Dealer Magazine has spoken to some of the biggest auction houses in the country and while some admit things are starting to get better from the lows of lockdown, they’re still not perfect.

While most buyers are traditional car dealers scrabbling for stock, a number of consumers are battling dealers at auctions too, pushing up prices from trade sale prices to nearer consumer sale money.

Cox Automotive, which runs Manheim Auctions, has reported used car prices have increased a whopping 15.6 per cent year on year and in August were up one per cent on July.

He said supply was slow to start as Covid-19 restrictions began to ease and, while things improved a little in July, the continuing demand for used cars in August has continued to sap supply.

Nothard added: ‘Supply isn’t currently showing any immediate signs of flooding the market due to challenges facing supply in the new car market as productivity remains low for several brands, and fleet and rental operators continue to hold back compared to usual.’ 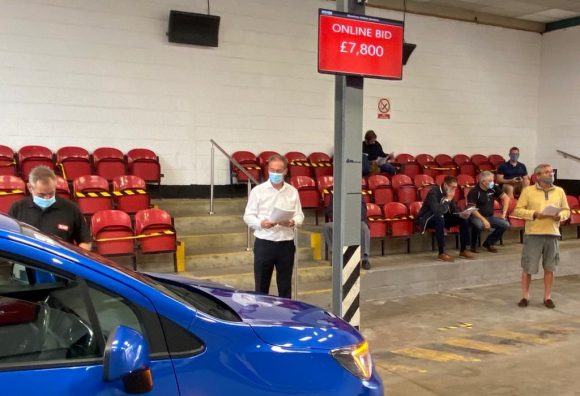 Shoreham Vehicle Auctions is operating with social distancing in place

BCA has seen an incredible number of buyers logging on to its online auctions with one sale attracting a record 1,500 buyers – far in excess of what would be seen in a typical auction hall.

The trend for online auctions looks to set to continue too as auction houses have realised they can sell just as much stock without the set-ups required for auctions all over the country.

While none are suggesting they’ll be scaling back their physical auctions any time soon, quietly we would expect that most are at least thinking about it.

‘We have had up to 1,500 buyers logging in for some individual sales underlining the appetite the market has for the stock on offer at BCA, particularly when this is multiplied across the many concurrent sales taking place each day,’ said Stuart Pearson, BCA chief operating officer.

‘Currently all sales remain online only and we’re keeping close to the latest government guidance in order to protect our people, customers and suppliers.’

Pearson said that BCA was seeing improved levels of supply, though, which was being ‘well matched’ by the demand from buyers.

City Auction Group is predicting an upturn in used car stock as the 70-plate part exchanges wash through the system followed by increased activity from fleet and lease companies.

‘Currently, supply is temporarily lower due to 70-plate change period which in reality is completely normal for this period for a two-three week timeframe prior to the next expected surge of vehicles from mid-September,’ said chief executive Michael Tomalin.

City Auction Group has seen a 149 per cent increase in trading at its Rockingham site and 43 per cent revenue growth at its Belfast auction in the last three months.

With car dealers predicted to have a bumper month of sales this September – and some even saying it could be the biggest plate change month ever – the volumes of used cars in the system are set to increase steadily.

While most franchised dealers will use this as an opportunity to stock their used car forecourts themselves, the auction houses are bracing themselves for a rush.

Aston Barclay has already seen the arrival of some 70-plate part exchanges and MD Martin Potter said the firm expects to see this rise gradually into October.

‘Covid-19 enforced lease contract extensions reach the used market then, which suggests prices may well calm down a little,’ he said.

Aston Barclay has no immediate plans to return to physical auctions and will continue selling online with restricted numbers allowed to view stock in person prior to sales.

Manheim’s Nothard said that while the auction house is expecting an influx of part exchanges from the 70-plate, most will be sapped up by the increased demand in the used market, so could make little difference.

‘There is a great deal of reliance upon both manufacturers and retailers for a successful September, not only to recover some of the lost registrations of lockdown, but also to generate much-needed retail stock,’ he said.

‘All things remaining equal, any significant increase in quality retail stock from Motability, PCP and contract renewals will be soaked-up by the increased focus on used car profitability and large operators recently entering the sector.’

He is, of course, referring to the likes of Cazoo which is desperately looking to snap up used car stock – so much so that it is believed to have bought Imperial Car Supermarkets as much as to get access to its inventory than anything else.

‘Demand is so strong across the board as people look to add a second car for commuting post lockdown that a crash seems unlikely.

‘That said, the looming end of furlough could mean something more significant the month after if consumer confidence dips and more people sell on their vehicles to pay the bills.’

Bush said that when the 70-plate arrived last week it was ‘like a cork had popped’ as the number of sellers shifted up a gear.

He added that the increased supply might impact prestige models the most, flatlining the price rises at worst, and the sub-£6k stock will be unaffected.

‘This sector is so hot at the moment,’ added Bush. 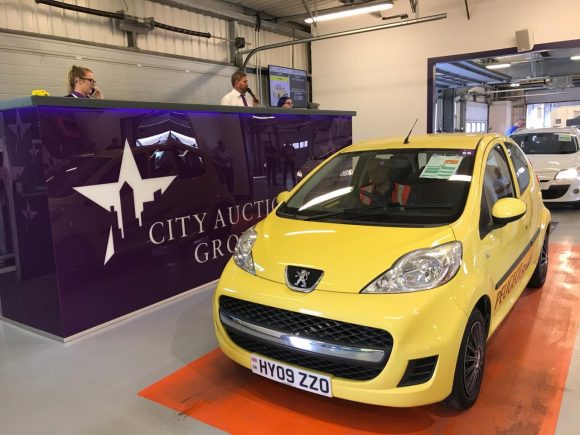 Autorola said they are waiting to see how economic conditions impact prices in the autumn, but experienced record months in July and August with used car demand exceeding supply.

‘There are signs that supply is starting to increase,’ said director Jon Mitchell.

Meanwhile, the van market is flying with Shoreham Vehicles Auctions boss Alex Wright predicting the record prices achieved so far in 2020 will continue well into next year.

‘All van types have seen a big price rise,’ he said.

‘The current economic uncertainty means many SMEs are avoiding taking out a long-term finance deals on a £25,000 new van and are looking to used vans instead to support their current business workload and expansion.’

While this September may see an increase in used cars beginning to wash through the system, it appears these are more than likely only going to serve to meet current demand.

With that in mind, huge price drops, or talk of an end of furlough scheme used car price crash, seem very unlikely.

‘BCA’s Pearson added: ‘The marketplace is operating very efficiently and this is good for all professional operators in the used vehicle sector.

‘Anecdotally, many dealers are telling us that their stock churn has improved significantly, with many holding lower volumes of used cars but still selling as many vehicles as they might have expected pre-Covid-19.’

And that, for many dealers, is better than they could have ever hoped for at the start of lockdown.