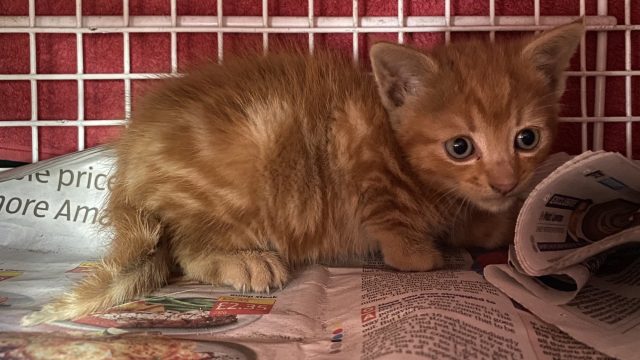 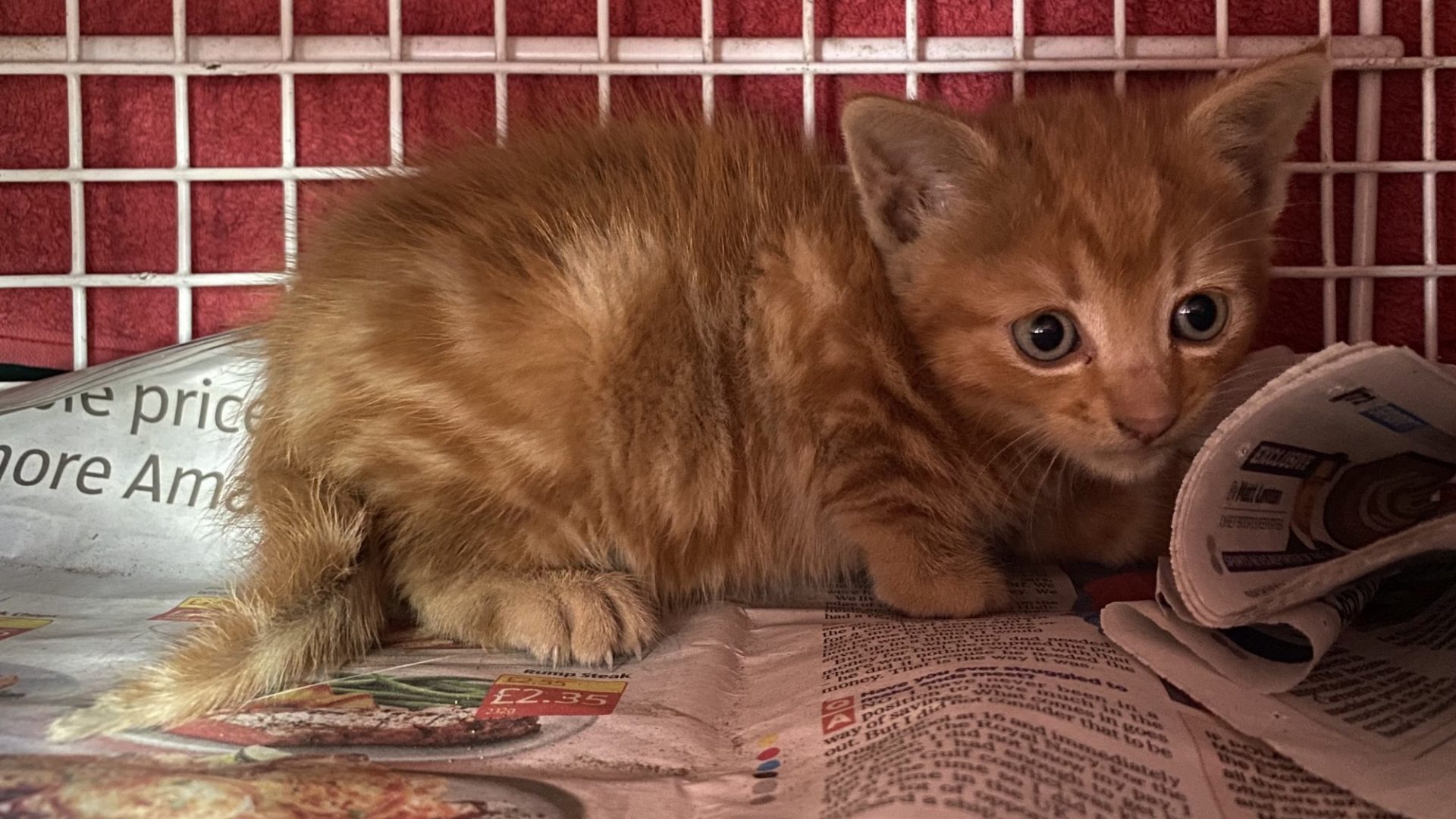 A car engine had a purr with a difference  – a frightened kitten trapped in the chassis!

A passer-by heard squeaking and crying coming from under a Ford Fiesta in the car park of a row of shops in Stockton-on-Tees and posted an urgent appeal on social media to try to trace the car owner.

Luckily, a local hairdresser saw the post and realised it was her car.

She rushed to her Fiesta and could hear the frightened meows, so contacted her brother to see if he could help find the frightened kitten and reported it to the RSPCA.

Animal rescuer inspector Clare Wilson, who went to the scene, realised the kitten’s cries were coming from under the hatchback.

As the brother unscrewed the spare wheel, the inspector saw a small paw – and with some gentle manoeuvring managed to get hold of the tiny creature and pulled him out before safely securing him in a cat basket.

The cute ginger kitten, who is believed to be feral and aged about six weeks, is now being cared for by the inspector – who has named him Simba – until he’s old enough to be found a permanent home.

‘It appears the kitten hitched a lift to work with the car owner while hidden in the chassis,’ she said.

It’s believed a storm the previous day may have spooked him so he hid in the car.

‘Luckily, he wasn’t hurt during the journey, and thanks to the quick-thinking passer-by his cries for help didn’t go unnoticed.

‘He was obviously terrified by his ordeal but a vet check revealed he is in good health.’ 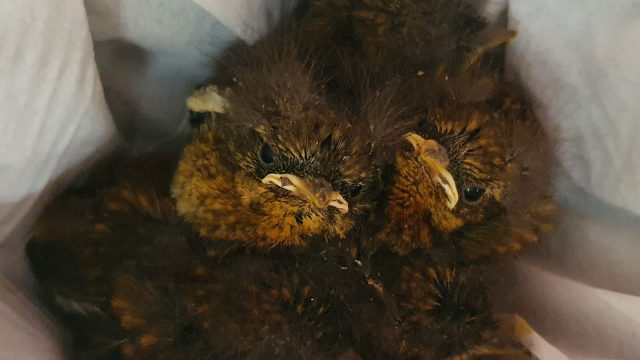 Meanwhile, five baby robins were found in a nest in another car chassis – after a 200-mile trip between two countries!

The man driving the car from Scotland only realised something was up when he finished his journey in Warrington.

He heard chirping when he parked and was shocked to find five baby robins in a nest in the chassis.

After contacting the RSPCA, he took the baby birds to the charity’s Stapeley Grange Wildlife Centre near Nantwich.

Centre manager Lee Stewart said: ‘It seems the motorist had set off from Scotland unaware of the stowaways hidden under the car.

‘It was only when he pulled over in Warrington that he heard some noise and went to investigate. As he looked around the car he found the baby birds in a nest.

‘They had endured a 200-mile journey but seemed quite happy albeit hungry and slightly dehydrated from their travels. Sadly, mum had been left behind.’

The robins were given hydration fluids when they arrived at the centre and are now being fed by dedicated staff on a special formula. They will eventually be released back into the wild.

Below is a short video of the baby robins being fed.

Pictures and video courtesy of RSPCA