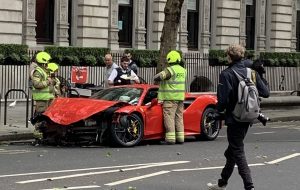 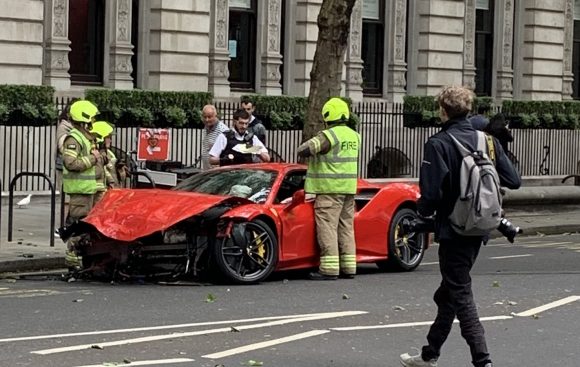 Boris Johnson will discuss reopening the hospitality sector and loosening the two-metre social-distancing rule in England with his top Cabinet colleagues and scientists today.

The prime minister and his most senior ministers will discuss the next steps for the lockdown with chief scientific adviser Sir Patrick Vallance and chief medical officer for England Professor Chris Whitty.

Johnson will then tomorrow outline the plans to Parliament for pubs, restaurants, hotels and hairdressers to reopen in England from July 4, and a likely loosening of the distance rule to aid the restart to the economy.

Car crashes have increased by more than a third since lockdown rules were relaxed, new figures suggest.

Co-op Insurance said it saw a 35 per cent spike in claims between May 9 and June 10 compared with the previous four-and-a-half week period.

The insurer suggested the increase could be due to people being out of the habit of driving regularly.

One in six firms pay ransoms to hackers

One in six firms met the demands of hackers last year by paying out ransoms, according to the findings of a report on cyber crime.

The annual Hiscox Cyber Readiness Report revealed that six per cent of the 5,569 firms polled – and one in six of those attacked – had surrendered by paying a ransom following a cyber attack.

The highest losses for a single firm targeted with ransomware hit was £40.2m ($50m). The report showed that total cyber losses surged to nearly £1.4bn in 2019. Honda was targeted earlier this month.

UK needs twice as many black managers to reach parity

Efforts to get more black people into top roles in British businesses are moving slowly, a business group has said.

Only 1.5 per cent of top managers at British private companies are black, even though more than three per cent of people in England and Wales are black.

Sandra Kerr, race director at Business in the Community, which launched a campaign for improve representation 25 years ago, said: ‘It is clear that black people continue to be under-represented at a senior level.’

Many consumers have been frustrated at their bank’s level of online services at a time when physical branches are open less, a survey has found.

Some 58 per cent of people said they had been unable to access the help or online banking facilities they needed from home, according to technology services company Olive.

With many banks having reduced their opening hours, some consumers surveyed said they had been unable to get through online when needed, and 30 per cent criticised their bank for failing to respond to their query in ‘real time’.

Tui is to resume its holiday programme within three weeks expressing ‘absolute confidence’ that the government will have relaxed travel restrictions by then.

The UK’s biggest tour operator announced it will serve eight destinations across Spain and Greece from July 11.

Holidays will be available to the Greek islands of Crete, Rhodes, Kos and Corfu, as well as Tenerife and Lanzarote, two of Spain’s Canary Islands, and Majorca and Ibiza in the Balearics.

The extent to which cash machine withdrawals have plunged during the crisis has varied widely across the UK, analysis by ATM network Link reveals.

On average, there was a 60 per cent annual fall in the volume of ATM withdrawals in April, with some rural areas as well as city centres recording the biggest drop-offs.

Link found that the Cities of London and Westminster saw the biggest fall, with withdrawals shrinking by 91 per cent compared to last year. The smallest declines were in Liverpool Walton and Birmingham Hodge Hill, which both saw 43 per cent falls.

Administrators have been called in by Go Outdoors owners as the pandemic pushes High Street retailers to breaking point.

JD Sports, which owns Go Outdoors, filed a notice of intention to appoint administrators on Friday, according to reports in the Sunday Times.