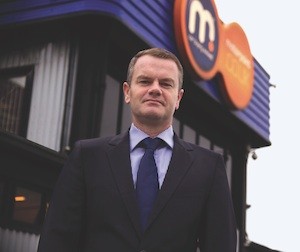 MOTORISTS have shown full support for the government’s plan to scrap tax discs later this year, according to UK car supermarket, Motorpoint.

A new web-based poll led by the company found that out of 1,500 participants, 60.6 per cent of drivers backed the decision by the Chancellor George Osborne to scrap the tax disc and replace it with an online alternative.

After 90 years, the Autumn Budget revealed that the tax disc is no longer needed, as the DVLA and the police now rely on an electronic register to ensure motorists have paid Vehicle Exercise Duty.

For the first time, the new online system will also allow motorists to pay their road tax by monthly direct debit to help spread the annual cost. Meanwhile, drivers without access to the internet will still be able to tax their vehicles by telephone or at the post office.

Mark Carpenter, MD at Motorpoint, said: ‘The tax disc is part of the fabric of motoring and I am sure it will take some getting used to not having it on show in our windscreens. However, with the widespread use of real-time online systems by the police and other agencies to combat avoidance, the role of the tax disc has become largely symbolic and based on the results of our poll it doesn’t seem that too many drivers will be that sad to see it disappear.’