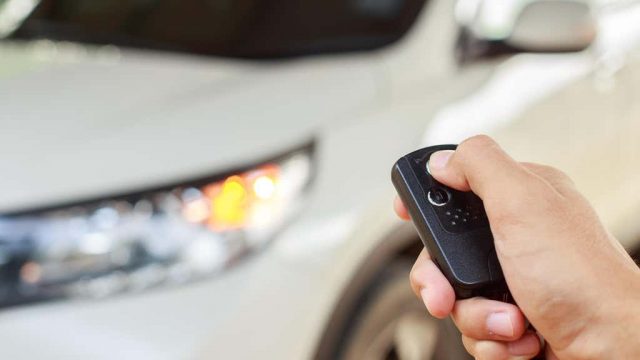 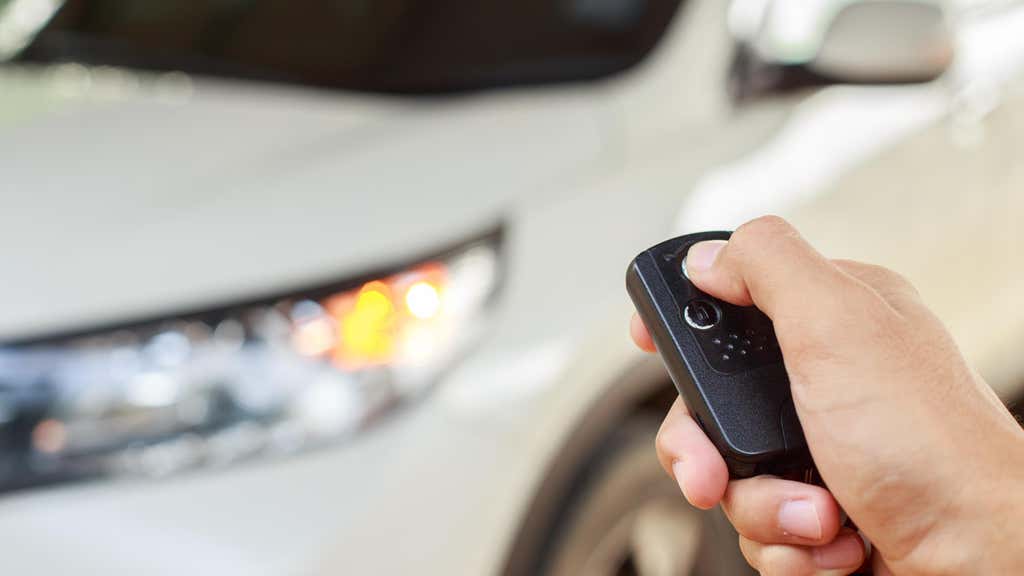 Figures show vehicle crime was up 3.1 per cent between May and June of this year with the ‘bulk’ relating to keyless car thefts.

The National Police Chiefs’ Council, who released the data, are warning that people should take precautions to avoid their cars being stolen.

Dealerships that aren’t taking precautions with keys are putting themselves at risk of huge loses as crime gangs ‘exploit weaknesses’ in car security.

This type of theft involves using a device to boost the signal from a car key to trick the vehicle into thinking it is close by, unlocking the car. Criminals hope that the keys are left close to the front door so that their devices can pick up the key’s signal and boost it.

While this type of crime was up, overall thefts of and from motor vehicles were down by 21 per cent in the latest ONS crime statistics.

NPCC lead for vehicle crime, assistant chief constable Jenny Sims, said: ‘Car theft is a serious crime that causes significant distress and upset to owners and police are putting considerable resources into tackling it and bringing those responsible to justice.

‘Whilst the rapid development of technology has dramatically improved the experience of drivers it has also allowed criminals to exploit weaknesses in electronic security.

‘We are working closely with car manufacturers to help them design out crime by sharing intelligence and equipment seized from criminals. We are already making substantial progress in this regard.’

Last week, seven members of an organised crime gang who were involved in more than 50 keyless thefts involving vehicles totalling £2.4 million in Leicestershire were convicted to a total of more than 30 years.

Earlier this month in Liverpool five people were sentenced to a total of more than 23 years in prison after being convicted for a range of offences including the theft of keyless cars totalling around £2.6 million.

Cheshire Constabulary also secured the conviction of a man for several car and key burglaries. He was sentenced to more than seven years in prison last week.

Sims added: ‘These crime gangs care little for the impact they have on ordinary people but they should know that police are coming after them.

‘We are carrying out proactive operations every single week and as recent results show, they can expect to spend a significant amount of time in prison when we catch them.’

Following warnings issued by police, Jack Cousens, head of roads policy for the AA, said: ‘Technology sold as a convenience for drivers is becoming the best tool for car thieves.

‘Relay theft is now the preferred way to steal a car is it is quick and quiet. The days of ‘smash and grab’ are over and have been replaced with ‘bounce and roll’ as thieves now bounce the signal off the keys in the house onto the car and roll away with the goods.

‘As fast as manufacturers try to develop ways to strengthen vehicle security, thieves will work just as hard to beat them.

‘The best way to protect cars with keyless entry is to keep keys away from the front door and to buy a faraday pouch. For less than a tenner, this stops the signal being broadcast and will keep the car where it’s parked. Drivers should remember to buy two pouches – one for main key and one for the spare.’