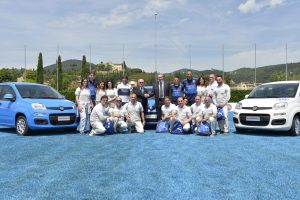 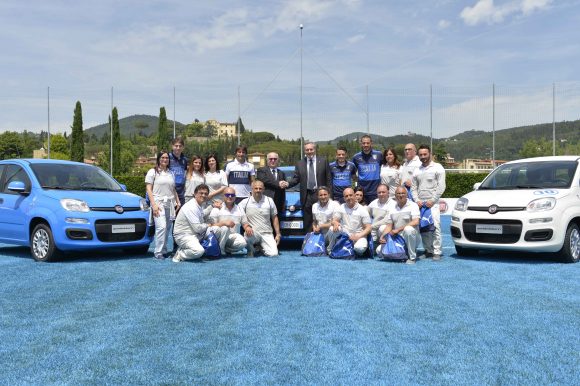 A SPECIAL-edition Fiat Panda has been produced to celebrate this summer’s European football championships.

The project is a joint enterprise between Fiat Chrysler Automobiles (FCA) and the Italian Football Federation (FIGC). 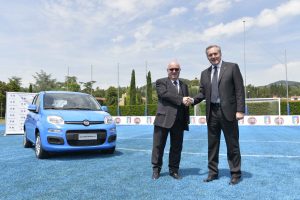 Carlo Tavecchio, president of the Italian Football Federation, and Alfredo Altavilla, with the special Panda

The car was unveiled in Coverciano, where Italy is training ahead of Euro 2016, in the presence of the heads of both FCA and FIGC.

Alfredo Altavilla, FCA’s chief operating officer for Europe, Africa and Middle East, said: ‘We expect to draw a big audience, attention and interest, and we think that passion is going to be crucial. We put together the strength of the ”Azzurri” brand and the ability to build a new product.

‘This is the third consecutive edition of the European Championship which has seen a partnership between us and FIGC. From 2015 to 2018, we are going to be main sponsor for all the national teams.’

The new ‘Pandazzurri’ version of the Panda was available for test drives in dealers across Italy over the bank holiday weekend and will be available in three liveries, with several customisation possibilities.

It is not yet known if the special edition will come to the UK.

On SuperUnleaded.com: Reckon Racing Drivers Have It Easy? Think Again!