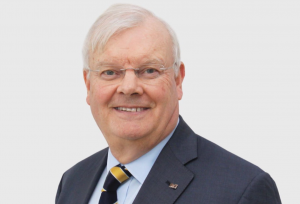 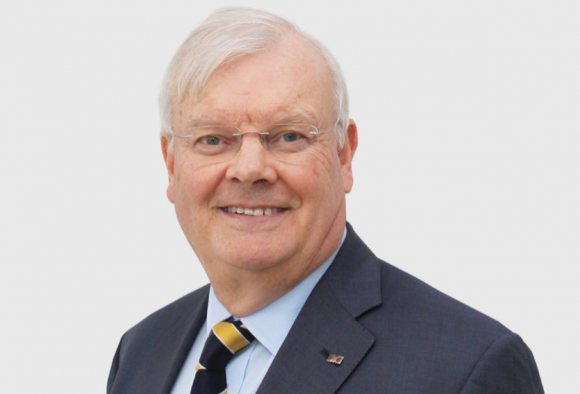 Parry-Jones, 70, who had a long career with Ford and helped lead the listed dealer group Marshall, died in a tractor accident near his home in Wales.

In a statement on social media Marshall Motor Group said: ‘We are deeply saddened to have to inform you of the sudden passing of our chairman, Professor Richard Parry-Jones following a tragic incident near his home in Wales.

‘As you will appreciate, we are all very shocked by this tragic and sudden news.

‘Richard absolutely loved working at Marshall – he felt it was a very special place with a great culture and was so excited about the future for the group. We were so fortunate to have him as our chairman.

‘Our thoughts and prayers are with his family and loved ones at this very difficult time.’

‘He was quite simply, an industry legend. I will miss him deeply.’

In a statement issued later, Gupta added: ‘Richard was not only an exemplary chairman but a great mentor and friend to me.

‘He was very passionate about Marshall and was excited about the future prospects for the group.

‘We were so fortunate to have him as our chairman and I will miss him enormously – it is a tragedy that we, and the wider industry, have lost him so soon.’

Parry-Jones worked for Ford for 30 years and at one point was in charge of the manufacturer’s 30,000 engineers.

He worked on the Mondeo in 1993 and the launch of the Ford Focus in 1998 and was also a member of the board at Aston Martin.

Ford said: ‘Richard Parry-Jones was a rare talent who left an indelible mark on Ford and the industry.

‘As an engineer, he was a virtuoso with an uncanny feel for creating cars that were dynamic and incredibly fun to drive.

‘I can tell you that going on a test drive with him was not for the faint of heart.

‘His passion for great cars and love of motoring inspired legions of engineers and enthusiasts in Europe and around the world.

‘Richard will be deeply missed and out heart goes out to his family and loved ones.’

I said Richard Parry Jones was a legend. Twitter doesn’t allow enough words to say how much but this gives some insight…. pic.twitter.com/xhsYl1dkCT

He said: ‘Awful news that Richard Parry-Jones has been killed on a tractor.

‘You know how we all bang on about how Ford transformed its product in the 1990s, turning the lame Sierra and awful Escort into the world beating Mondeo and Focus? No one deserved more of the credit than RPJ.’

Absolutely shocked of the sad news that Richard Parry-Jones was killed this morning in an incident on his tractor. Richard competed on road & stage rallies, but got to know him when he was a director of Ford Motor Company. My thoughts are with his wife Sarah and his family. RIP

He said: ‘Richard inspired and was respected by an entire generation of automotive engineers in the UK for his passion and ability to create exceptional vehicles that excelled in delivering what fun to drive is all about.

‘He was an influential figure not just at Ford but also at Aston Martin Lagonda and Jaguar Land Rover during Ford’s period of ownership, and his commitment to the development of the British – and particularly the Welsh – auto industries continued after his retirement from Ford up to the present day.

‘A Fellow of the Royal Academy of Engineering and the Institution of Mechanical Engineers and voted Man of the Year 1994 by Autocar, Richard had the great skill of making even the most complex engineering topic easy for the layman to understand.

‘Proud of his Welsh heritage, Wales was always close to Richard’s heart. He will be greatly missed by his many friends across the UK auto industry which is lessened by his passing, and our thoughts are particularly with his family at this difficult time.’