Home > News > Comment: Trump, Brexit… and why all car makers should have their say 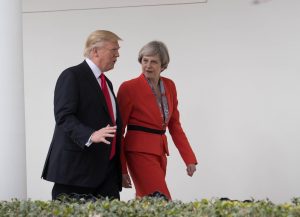 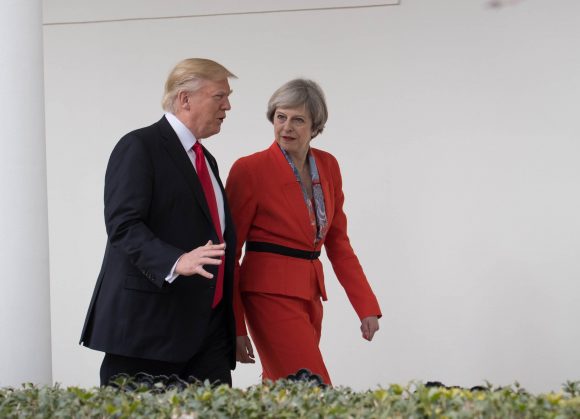 Comment: Trump, Brexit… and why all car makers should have their say

THERE are some key failings in Trump’s attitude towards the car industry.

Oh no, I hear you cry, she’s going to start ranting about him again like everyone else who’s taken to social media in the week’s since his inauguration.

Yes, I do have some opinions on the Donald, but don’t worry, I’m not about to go full John Bercow and throw my toys out of the pram.

I’ll confine my observations to his dealings with American car makers and add a few comparisons to what’s happening on this side of the Atlantic.

It’s fair to say that, across the world, automotive bosses are holding their breath as they wait to see how the dust settles in the wake of the US Presidential election.

However, and perhaps strangely, quite a few of them seem to be sitting on the sidelines while others are granted an audience with the man of the moment.

You’ll probably remember that Trump convened a meeting with the top three car manufacturers in the US recently: Ford, General Motors and Chrysler. His point was that, as American companies, they should manufacture their cars in the US of A, not anywhere else (especially not Mexico).

We can argue the rights and wrongs of this approach – but isn’t this bit of a problem for all the car makers who weren’t invited to that meeting?

Overall, the best-selling vehicle of 2016 in the States was an all-American Ford: the F-Series, a chunky pick- up truck that the Blue Oval has made in one guise or another since 1948. However, the best-selling car was the Toyota Camry, and the car that saw the biggest increase in sales was the Jaguar XE. Mercedes was the best-selling luxury car brand and Toyota got another mention for recording the best SUV sales figures.

It’s worth noting that Toyota in particular has a huge production footprint in the US. Japanese in origin it may be, but it’s clear there’s a huge American influence there.
Is the Donald’s view of car sales based on some idyllic picture of automotive manufacturing from yesteryear?

He might want to return to the days of American-built cars for American people but times have changed; the world has moved on.

Over the years, Trump himself has owned a series of Rolls-Royces, a Lamborghini Diablo and, my ideal car, a Mercedes-Benz SLR McLaren. He’s even owned a Tesla Roadster. That means that the all-American auto fan and global-warming denier has imported a lot of his dream cars from outside the US. It’s true that none of his choices were Japanese though, and maybe that’s why he didn’t want to include Toyota in the discussion.

Looking at our own situation, I can’t say I see Theresa May continuing to woo car industry bosses. In her first  few days in office she met Nissan chief Carlos Ghosn, but Nissan is certainly not the only car manufacturer in the UK that could be hit by the effects of Brexit.

I’m not surprised that May hasn’t wanted to meet with other manufacturers if the deal that she’s negotiated with Nissan is actually as sweet as we’ve been led to believe, but I’m surprised brands who were keen to have their say before the referendum have now gone extremely quiet.

I find it fairly shocking that May isn’t interested in their thoughts on the matter too, as these are huge contributors to the UK economy. It’s fair to say that Ford has a pretty big footprint in the UK when it comes to manufacturing, then there’s Jaguar Land Rover and what about BMW, who went so far as to email employees about the vote?

Are these brands waiting to see how everything pans out when they should be lobbying to ensure they’re protected? Or is this political minefield so dangerous they’re trying to avoid it at all costs?

If I were May I’d want to know exactly what impact Brexit will have on every one of those companies, and what it will take to keep them based here. I’m not saying the UK government should meet all their demands but, as the whole referendum proved, aren’t we better off starting with all the facts before we make any big decisions?

I find it pretty baffling that manufacturers remained on the sidelines recently as dealer group bosses in the NFDA took it upon themselves to lobby MPs about the outcome of Brexit. Will car makers ensure the voice of the automotive industry is heard when it comes to important Brexit-related economic decisions? Sometimes, even though it might make you unpopular with some, you need to take a stand for what you believe is right. Particularly if that means protecting the jobs of your employees.

On SuperUnleaded.com: Williams F1 gives us first glimpse of 2017 car