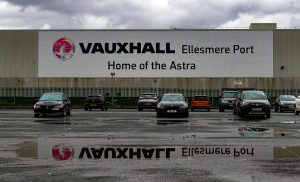 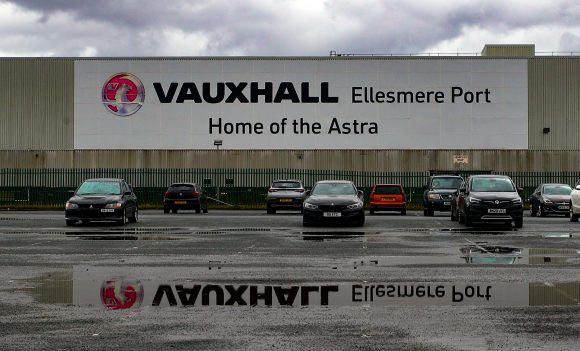 Vauxhall’s Ellesmere Port factory will close unless the manufacturer gets a massive taxpayer handout, Carlos Tavares has warned.

The Stellantis boss said yesterday that the Vauxhall factory had been earmarked for investment until the point the UK government announced the 2030 ban on ICE car sales.

Speaking at the car manufacturer’s results presentation yesterday, Tavares said: ‘We were preparing new investment, we were clear what we wanted to do and at precisely that moment the 2030 ban was announced.

‘That immediately suspended the decision.

‘We are not going to invest in UK product [with a conventional engine] when there is a ban from 2030.’

The Telegraph reported that the factory’s closure would see the loss of thousands of jobs unless a bailout of hundreds of millions was handed out by the government.

The factory is set up for producing internal combustion engined cars and the investment needed to upgrade it to an electric vehicle plant would be huge.

Tavares told investors that Stellantis was already planning to make electric cars in other European plants and keeping Ellesmere Port would mean ‘doubling that investment’.

He added: ‘Why would we double source it when we have it elsewhere?

‘From a governance perspective I can only double source from the UK if I am supported in investment by the UK government.

‘We have to have very clear facts and commitments. If those commitments happen then good things will happen.’

The replacement for the Vauxhall Astra was due to be produced at the Cheshire factory. It would have safeguarded almost 1,000 jobs at Ellesmere Port and an estimated 7,000 more in the supply chain.

On Monday he was called to Parliament to answer an urgent question about the car plant, and told MPs the government was ‘absolutely committed to ensuring the future of manufacturing at Ellesmere Port, and to secure the jobs and livelihoods of the workers’.

John Cooper, the Unite convener at the Ellesmere Port plant, said: ‘Unite will fight any attempt to close the car plant with everything at its disposal.

‘The long-term future of the Vauxhall plant is essential to the success of the entire North West economy. Up to 7,000 workers in the supply chain rely on the plant for their livelihoods.

‘It would be entirely unforgivable if the government failed to provide every possible assistance and support in securing the future of this critical plant.’