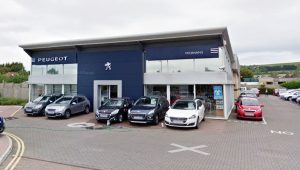 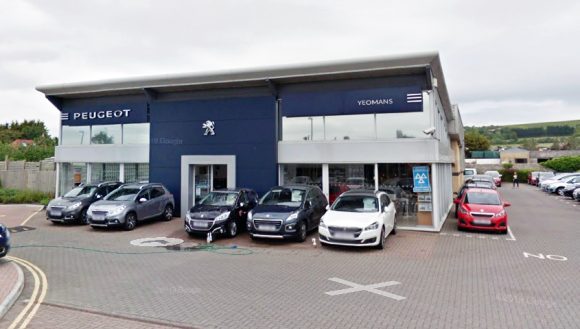 Yeomans more than doubles its pre-tax profit after claiming £2.53m in furlough grants

The Worthing-based company’s accounts for the year ending December 31, 2020, which have been submitted to Companies House, show it made a pre-tax profit of £5.28m for 2020.

Managing director James Smith told in the strategic report that the market had been ‘volatile’ as a result of Covid-19.

Yeomans made use of the government’s Coronavirus Job Retention Scheme to claim £2.53m in grants during the year. It also took advantage of the business rates relief initiative.

The firm’s sites were forced to close during several months of 2020 because of the government-imposed national lockdowns.

Smith also said that Brexit and other component supply issues had caused ‘further disruption’ throughout the year.

The report states that the company saw a fall of 13.7 per cent in new vehicle registrations compared with a 29.4 per cent fall across the country.

Overall, Yeomans ended the year with £3.55m cash in hand and at the bank.

Smith said:  ‘Trading conditions have been unprecedented due to the emergence of Covid-19 and resulting government restrictions, affecting non-essential retail premises.

‘These restrictions, led to the temporary closure of all Yeomans dealerships for several weeks in the spring of 2020 and restrictions were again imposed in November 2020 and post-year end from January, 2021.

‘The business sought government financial support through the Coronavirus Job Retention Scheme and Business Rates Relief during these periods.

‘Used vehicle margins were turbulent during 2020, with wholesale used car values rising in several months, as a result of increased consumer demand and supply shortages.

Yeomans is one of the largest privately owned franchise dealer groups in the south of England.

It represents Citroen, DS, Honda, Hyundai, Nissan, Peugeot, Toyota and Vauxhall, with Vauxhall being added to the portfolio in 2020.

New and used vehicles are sold at its showrooms in Devon, Hampshire, West Sussex, East Sussex, Surrey, and Smith said several of its dealerships ranked among the most profitable in the UK within their franchises.