by James Batchelor
in News
0

A third coronavirus vaccine is being rolled out in the UK, as investigations continue into a potential association between the Oxford/AstraZeneca jab and a rare form of blood clot.

Jabs will be given out at West Wales General Hospital in Carmarthen as part of a 17m order of the Moderna vaccine – enough for 8.5m people.

It comes as a trial of the Oxford/AstraZeneca vaccine in children has been paused while regulators investigate reports of a rare form of blood clot among adults.

Collapsed fashion chain Peacocks has been saved by a senior executive with backing from an international consortium, it has been announced.

Chief operating officer Steve Simpson will take over the business, saving 2,000 jobs and 200 stores, which he hopes to reopen once lockdown restrictions on non-essential retailers ease.

BP expects to pay down part of its debt months earlier than originally planned, after it was boosted by rising oil prices and earned billions from selling off parts of the business.

The oil giant said it will use the proceeds from several disposals, which raised 4.7bn US dollars (£3.4bn) in the first quarter, to hit its net debt target of around 35bn dollars (£25bn).

Combined with higher oil prices, it means that BP is on track to deliver the target considerably earlier than it had first thought. 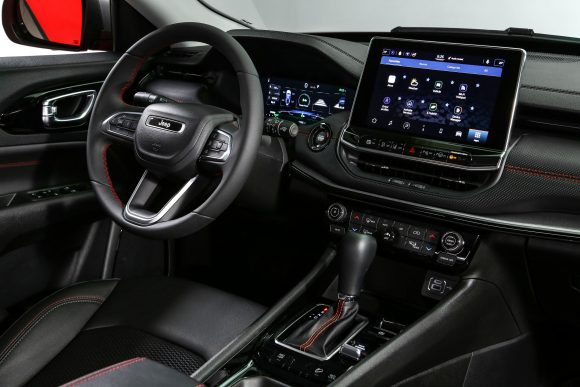 Jeep has released an updated version of its popular Compass SUV, introducing a series of improvements and technology enhancements.

The exterior of the car has been lightly revised over its predecessor, bringing sharper headlights and a series of restyled bumpers. Inside, the dashboard is completely new and boasts a central touchscreen of either 8.4 or 10.1 inches, alongside a new high-definition 10.25-inch instrument cluster.

PM pledges to make tests for holidaymakers ‘as affordable as possible’

Boris Johnson has pledged to make new testing requirements for returning holidaymakers ‘as affordable as possible’ amid concerns that many people will be priced out of foreign travel.

The government announced plans for a new system on Monday that would require travellers arriving in the UK from low-risk countries to take pre-departure and post-arrival coronavirus tests.

Aviation leaders such as easyJet boss Johan Lundgren have suggested this would be unnecessary, but called for lateral flow tests to be accepted – rather than more expensive alternatives – if the policy is implemented.

Figures from retail advisory firm Springboard showed that footfall across retail destinations rose by 8.5 per cent from the previous week. Shoppers particularly went to retail parks and high streets, which saw improvements of 9.7 per cent and nine per cent respectively.

Meanwhile, it said UK shopping centres saw a 6.3 per cent increase as a desire from shoppers to be outside tempered growth. However, footfall for the Easter bank holiday was nonetheless 7.6 per cent lower than the same four days in the previous week.

Wintery showers will ease in Scotland today, reports BBC Weather, with bright spells across the rest of the UK. Tonight it’l be mostly dry although it’l be wintry over higher ground in the north west.

Motorpoint delivers car to a customer’s home every 6.5 minutes since start of latest lockdown