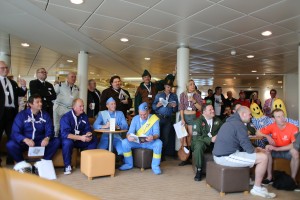 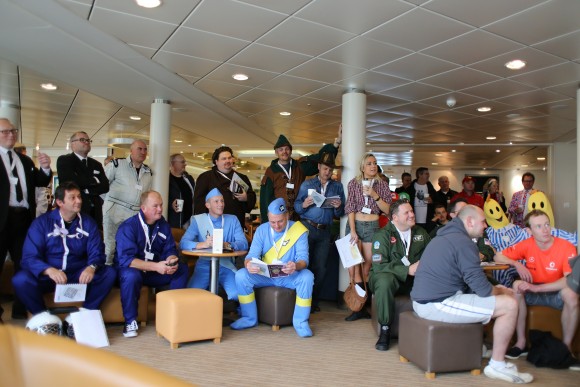 #B4B14 Day One: The best tweets from the teams

With the end of Bangers4Ben Day One officially upon us, and (almost) all of our convoy reaching the hotel in one piece, we thought we’d take a look at some of the best tweets of the day.

There have been highs and lows, but thanks to the miracle of flaky French 3G, we’ve picked a few of our favourite moments below.

1. Things get a bit DeCaprio on the ferry

Our hearts will go on. #B4B14 pic.twitter.com/e1fLwKreKw

Oh. That’s not good. That’ll be us broken down then… #b4b14 pic.twitter.com/nEM8BAL2MZ

Some pics of the plucky entrants for #b4b14. And they’ve all made it to Mulhouse! pic.twitter.com/7vlos8Ng5r

5. In the name of the Mazda, the Audi, and the holy Focus. Amen.

And a few more while we’ve got reception here in Mulhouse. Tomorrow we head to THE STELVIO! #b4b14 pic.twitter.com/Mtz5xI295S — Bangers4BEN (@Bangers4BEN) October 11, 2014

7. …but doesn’t score so well for interior safety.

So the #TeamWhite car has airbags, but at 15years old, they’re probably filled with hope, not gas. #b4b14 pic.twitter.com/1tcJMxiwbw — The Marques Man (@The_Marques_Man) October 11, 2014

Despite our hidden kipper and foul smell the weather is good #b4b14 pic.twitter.com/SG1n8rah9e

9. Blackshaws’ Ignis gets a blow-dry

Not sure on the Mr and Mrs. Lets hope we have single beds! @BENMotorCharity @CarDealerMag #b4b14 pic.twitter.com/x3NkcxNxSx