Home > Baggott > James Baggott: Dealers experience the scary side of PR disasters in a viral age 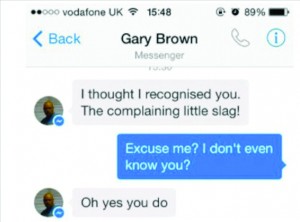 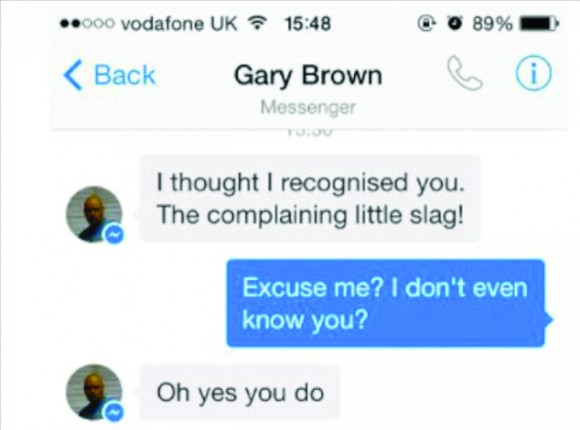 James Baggott: Dealers experience the scary side of PR disasters in a viral age

AS PR DISASTERS go this was a monumental one. But it wasn’t the fact this happened that should scare you. No, it was the way it escalated so quickly, so virally and so easily that should send shivers down the spine of every car dealership boss out there. Because it could so easily happen to you.

A salesman, angry and bitter that he missed out on commission because a customer complained about him, spots said punter on a friend’s Facebook feed.

He decides to send her a private message, branding her a ‘moaning little c***’ (and more). The customer takes offence (obviously) and tweets a picture of the conversation.

‘I bought a car from Croydon @Vauxhall last year. Today I get this message in my inbox from salesman who served me. Disgusting.’ The text is followed by a screen grab of the message from Gary Brown, the salesman.

It reads: ‘I thought I recognised you. The complaining little slag!’

‘Excuse me? I don’t even know you?’ replies Natalie James, the offended customer.

‘Oh yes you do. It was me that sold you the black Corsa, but then you complained about me for no reason at all and said that you didn’t want to speak to me. I ended up losing the commission I had earned for selling the car. All because you’re a moaning little c***.’

I was notified quite early on to her tweet by followers on Twitter. When I saw the message, the tweet had been reposted more than 300 times. By the time the Daily Mail ran a story on it, that had risen to nearly 800. When James removed her Twitter profile from public view it was in the thousands.

The manufacturer was called to account by furious Twitter users, apologies were made and the salesman tracked down and forced to issue a grovelling plea for forgiveness.

But what should really worry you isn’t the fact it happened at all, but the fact that Gary Brown wasn’t even a salesman for the Vauxhall dealership any more – he’d left a long time ago.

So how does that work legally? What could the dealership bosses and Vauxhall do about a former salesman’s rant when he doesn’t even work for them?

How do you fire someone for sullying your name on the interweb when they don’t even work for you?

Intrigued by this legal conundrum (and not just because it involved our griffin-badged friends), I gave our Car Dealer Club lawyers a call on Vauxhall’s behalf (because I’m nice like that and know that Vauxhall would definitely do the same for me. Ahem!).

Their response was rather interesting.

‘The law in this area has not yet been developed to keep up with the rapid increase in use of social media,’ Natalie Porter, of Car Dealer Club legal firm Lawgistics, told me.

But she said that by planning now for problems like the PR disaster that befell our friends in Luton, you can ensure you will be able to tackle social media meltdowns quickly and robustly when they happen.

And they will happen.

Porter explained that dealerships should have clear social media policies in place contractually that explain when and how using sites such as Twitter and Facebook for company business was acceptable.

Crucially, she adds, it’s vital to lay down the law (in writing) about your company reserving the right to pursue legal action if any posts made as an employee or ex-employee are detrimental to business.

Clearly, calling a customer a ‘c***’ could be classified as such – and one would assume Luton had an aforementioned robust social media policy in place that could be called upon to bash Brown into submission and issue an apology. Whether or not the firm will seek compensation for the damage Brown caused is unknown, but if our legal adviser’s say-so is anything to go by, the Luton massive could well have a case.

I have a feeling, though, that they’re still more concerned with tweaking their plan to beat Ford in the sales charts by 2016…