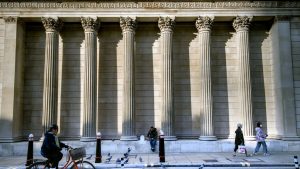 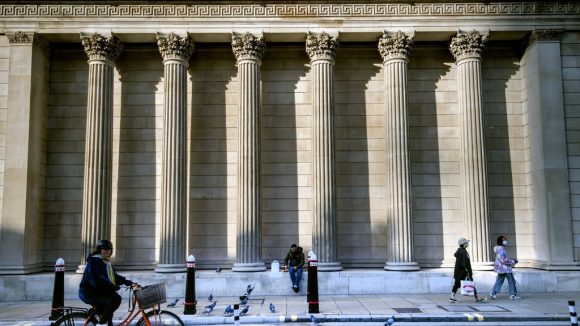 Car dealerships could be in for a strong recovery from Q2 2021 as the vaccine programme is predicted to give the economy a boost.

Bank of England boss Andrew Bailey is predicting there will be a sharp bounce back from the start of the summer as it allows restrictions to be lifted and gives Britons more confidence to spend.

However, the economy is taking a hit from the third lockdown in England, as gross domestic product falls by more than four per cent at the start of this year.

The Bank has slashed its overall growth forecast for this year to five per cent from 7.25 per cent, but hike its prediction for next year from 6.25 per cent to 7.25 per cent.

Bailey said: ‘The MPC’s central forecast assumes that Covid-related restrictions and people’s health concerns weigh on activity in the near term, but that the vaccination programme leads to those easing, such that GDP is projected to recover strongly from the second quarter of 2021, towards pre-Covid levels.’

He said the progress of the programme was ‘very good news’.

‘I want to congratulate and pay tribute to everybody who’s involved – it’s a great story and it is reflected in our forecast,’ he said.

His comments came after the Monetary Policy Committee (MPC) voted to keep rates on hold at 0.1 per cent and keep the Bank’s quantitative easing programme unchanged at £895bn.

In a highly anticipated update on its consultation into the feasibility of below-zero rates in the UK, the Bank also revealed it believed it was ‘appropriate’ to begin preparations for adding negative rates to its toolkit in six months’ time.

It has told lenders to get their systems ready, but stressed negative rates are not imminent and that this is no signal that such a move would be made in the future.

The rate sets the level of interest that normal banks are paid on the deposits they have with the Bank of England. Any lowering further incentivises banks to lend their money, rather than stash it away.

For bank customers it also tends to make borrowing cheaper, while reducing the return on savings. This in turn helps encourage people to spend or invest more.

However, a negative rate is often seen as a mental block, which could end with banks charging their customers to use a current account.

Forecasts made alongside the rates decision also showed the Bank believes the UK will narrowly avoid a double-dip recession, as defined by two successive quarters of falling output.

While first-quarter 2021 GDP is set to fall, it is now predicting the economy expanded by 0.6 per cent at the end of 2020 as the UK proved surprisingly resilient in the November lockdown.

It predicts, this will still leave GDP 10 per cent lower year-on-year in 2020, while unemployment will peak at 7.8 per cent after the furlough scheme ends.

But it is forecasting that as restrictions ease, household spending will surge with Britons splashing out five per cent of their savings built up during lockdowns.

It said there was evidence from business sectors that vaccine news had already seen UK holiday bookings jump for later in 2021, though caution remains over overseas trips.

The Bank said: ‘The Covid vaccination programme would be expected to lead to an easing of social distancing restrictions, reduced economic uncertainty, and higher activity, although the timing of those effects is hard to predict.’

Howard Archer, at the UK economic forecasting group EY Item Club, said the Bank kept rates on hold as it ‘chose to look to the brighter longer-term prospects for the economy which will stem from the progressive rollout of the Covid-19 vaccines’.