Home > News > Ben Garside: The award-winning dealers who are an example to us all 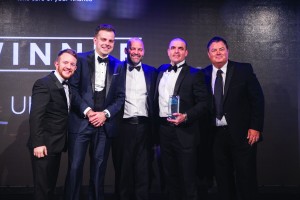 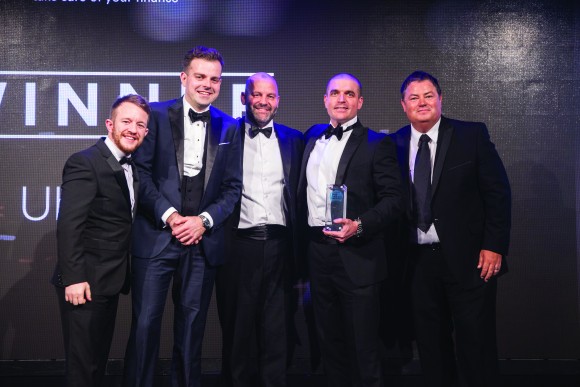 Ben Garside: The award-winning dealers who are an example to us all

ON NOVEMBER 30, I had the pleasure of presenting an award for the best used car customer care at Car Dealer Magazine’s Used Car Awards.

After firstly getting over my nerves, I walked up to the front and looked out at 600 motor traders while standing alongside the ‘legend’ that is Mike Brewer. My job was to present Uber GT with its award. It was a very proud moment for me, and one that Uber GT should be very proud of, too – well done to all concerned.

There was yet another proud moment for me – my good friends Jamie Caple and Nick Donald of Caralot were receiving yet another award.

This time, however, it was not for their usual marketing and social media activity, but their sales team being judged to be the UK’s best. I’ve personally seen these gents go from a few cars and a portable building on their pitch to where they are today, with well over 200 cars in stock at any one time, an indoor showroom and a whole host of other valuable customer-orientated areas.

In only five years, these two and their team have gone from strength to strength – growing non-stop.

I was really happy that I was at the awards and able to congratulate them, while giving them positive feedback on how I feel they have achieved so much in such a short time and that they need to just keep it up.

I heard one person in the room say that they were obsessed with social and they may be slightly.

However, I don’t believe that this is the key to their success. The lads are in love with their job, business and careers. Having written before in this column about the need for enthusiasm, passion, brand consistency and doing things for the customer, these are all areas that shine when I think of Caralot.

They spend a massive amount of time communicating on-brand, being consistent and working on giving their customers a high level of service.

Looking at Caralot’s online reviews, they have 4.6 out of 5 stars on Google, and 4.8 out of 5 stars on Facebook, and it’s important to note that the Facebook rating is from 752 votes – this is huge and shows the dedication Caralot shows to customer service.

I was actually shocked to find out that their sales people were not on a commission structure but were actually all on a flat annual salary. This is probably something that gets them such great reviews – the sales people are focused on their service to the customer and not the car sale!

In all honesty, I didn’t know much about Uber GT as it isn’t in the same market as us, but even on a quick look it has a five out of five star status on Google, its branding is consistent and its motto is about passion.

Other motor traders should be looking at their competition, including dealers such as Caralot and Uber GT, who seem to be getting things right consistently.

They should then be looking inwards and assessing what they’re doing wrong and how they can improve their business.

Who is Ben Garside? Ben (pictured on the far left) is marketing manager for First Response Finance. Call him on 07817 518739 or email [email protected]

MORE: On video: Why Black Horse are headline sponsors of the Used Car Awards

MORE: Get a flavour of the Used Car Awards with our fantastic opening video

On SuperUnleaded.com: Lamborghini is given an LED makeover, looks even more amazing