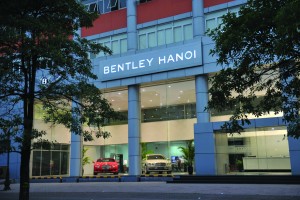 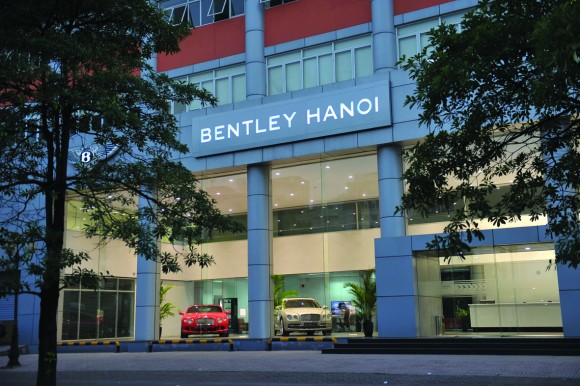 BENTLEY Motors launches its first dealership in Vietnam next month.

The new operation is situated in Vietnam’s commercially dynamic and fast-growing capital city of Hanoi. The new dealership will offer customers the full Bentley model range as well as aftersales service and the company’s branded luxury goods.

Known as the ‘City of Lakes’, and with a metropolitan area population of over 6.2 million people, Hanoi has established itself as an important international centre for culture, finance and manufacturing.

The dealership is located in the new district of Nam Tu Liem – a new commercial and financial centre in the city. Kevin Rose, member of the board for sales, marketing and aftersales for Bentley Motors, said: ‘We look forward to working in Hanoi and the already high level of enthusiasm for Bentley from potential customers is an encouraging starting point.

‘We have a strong partner in CT-Wearnes Vietnam who combines an in-depth knowledge of business in Vietnam with a long and successful track record of luxury automotive retailing in the region, notably with Bentley.

Bentley is making strong progress in the key Asia Pacific region with a 49 per cent rise in customer deliveries achieved in the first nine months of 2014 and we’re confident Bentley Hanoi will contribute to this positive performance.’

Bentley Motors now has 14 authorised dealers in the Asia Pacific region and 194 worldwide operating in 55 countries. At the quarter three point of 2014, global deliveries increased by 19 per cent, to 7,786 cars, up from 6,516 cars in the first nine months of 2013.