H.R. Owen has relocated its Bentley Surrey dealership to a new cutting edge showroom in Ripley in time for showrooms to reopen on Monday, April 12.

Previously, the business was located in Byfleet, but the new and larger showroom is just 15 minutes away.

H.R. Owen says this is the ‘ultimate sales experience’ featuring not only the latest Bentley design but also more advanced elements.

Matching the old with the new, the business remains close to a historically significant location for Bentley and H.R. Owen – Brooklands motor circuit.

Sir Henry Birkin famously set a record of nearly 138mph at Brooklands in Bentley Blower No.1 during 1932, while the namesake of H.R. Owen’s Jack Barclay Bentley showroom – the world’s oldest – also won at Brooklands in a Bentley during 1929. 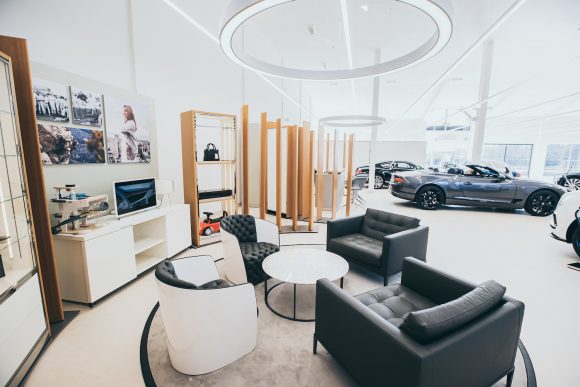 The site has been redesigned with Bentley owners in mind, and the dealership will become a hub of activity.

It plans to host pop-up food and drink, the latest new cars and a friendly, welcoming team of Bentley Surrey staff to show customers around.

This is the latest development in a series of investments from H.R. Owen.

Most recently, Jack Barclay Bentley was overhauled in a multi-million-pound renovation in 2018.

The group also announced earlier this year that it will be opening and multi-franchise site in Hatfield, for Bentley, Lamborghini and Maserati.