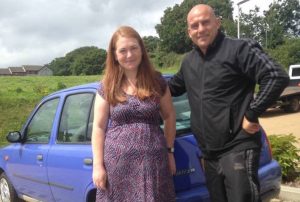 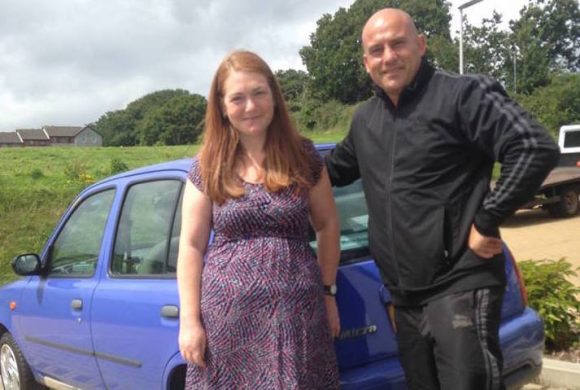 A DEALER from Norfolk has gone above and beyond the call of duty to give a disabled mother a specialised car for free.

Leon Docwra runs Docwras, a vehicle dealership, parts supplier and scrapyard in Great Yarmouth that regularly buys and sells used cars, and when he sent a driver to pick up a 2002 Nissan Micra 30 miles from his business, he was surprised by what was brought back to him. 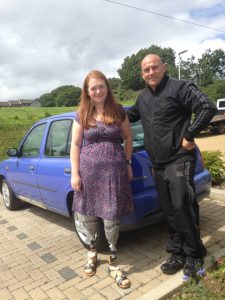 The supermini had undergone a series of expensive modifications so that a disabled person with no legs and only one arm could drive it. The car was controlled by a single handle, which could be used in the same way as a motorbike handle to accelerate and could be pushed in various directions for steering and braking.

The total cost for the components and their installation would have been about £20,000, and Docwra said he didn’t think it would be appropriate to charge someone for something that must be so badly needed.

‘It hadn’t cost me a fortune to buy and someone was going to need it. I knew I’d get paid back just by making somebody smile,’ he said. ‘I wanted to make sure someone had the use of it and make their life a little bit easier.’

After putting all the information on Facebook, his post was shared hundreds of times and he received a large number of messages. The one that stood out, though, was from Emily Wilkins – a mother who had lost her legs.

‘She said she was a double amputee,’ said Docwra. ‘I could see from her pictures that she was a lady with a young family and I knew it had to go to her. I asked what her address was so I could deliver the car to her and she told me it was in Devon – the other side of the country. My word is my bond, though – I’d said she could have it, so I told her I would bring it to her.’

Docwra put out another post on Facebook explaining what had happened and asking if anyone could help. What happened next was a huge display of community spirit.

First, Suffolk Road Motoring Services offered to give the car a full MOT for free. Then Tesco gave the Micra a full clean and valet, again at no cost. After this, Docwra set out on the 380-mile journey from Great Yarmouth to Plymouth.

When he arrived at Wilkins’s house with the car, she was ecstatic and couldn’t believe his generosity.

‘There was a big hug, which was touching,’ said Docwra. ‘She was over the moon and couldn’t wait to sit in the car. Then her little boy came out and said: “Mum, does this mean you’ll be able to take me to school now?” Some people try to get out of taking their children to school. They take it for granted. She can now do something she could never do before.’

On SuperUnleaded.com: Jeremy Clarkson hospitalised by pneumonia while on holiday