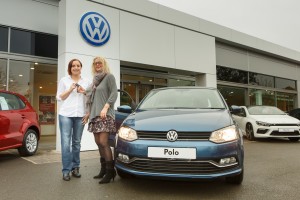 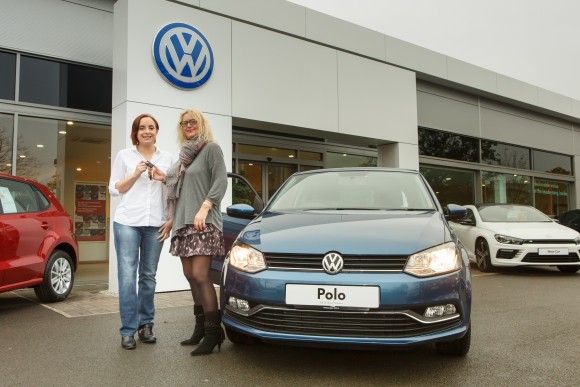 Disabled teenager back on the road thanks to Swansway Group

A TEENAGER whose adapted Motability car was about to be taken away from her due to new government guidelines has a new set of wheels thanks to Swansway Group.

Nineteen-year-old Olivia Cork, of Cheshire, who lost a leg to bone cancer at the age of 14, has been tireless in her fund-raising for various cancer charities and has high hopes of becoming a Paralympian through her swimming prowess.

All this risked coming to a halt as government cuts meant that Olivia would lose her adapted Motability car, because, despite having a leg amputated, she was, as she put it, ‘not disabled enough’.

‘Taking my car away is like taking away my lifeline,’ said Olivia who was recently nominated for the Cheshire Woman of The Year award. She continued: ‘I live in a rural area and transport links aren’t the best. I would struggle to get from A to B independently.’

Olivia needed £5,500 to buy her adapted car from Motability and she set up a crowdfunding page to raise the money before the car was taken away. As her story spread, donations began to come in, and Swansway heard about Olivia’s plight.

Peter Smyth, a member of the family which owns the business explained: ‘Jane Hargreaves, brand manager at our Wrexham Volkswagen centre, brought Olivia’s problem to our attention. It turns out Oliva lives just around the corner from our head office in Crewe and it didn’t take long for my dad, brothers and I to decide that we should solve her problem.

‘We’re adapting an automatic Volkswagen Polo, which we’ve promised to have ready before she has to hand back her current car on December 3.

‘Olivia is an extraordinary young woman. She’s raised tens of thousands of pounds for cancer charities, works at three jobs, swims every day and still finds time to attend the sixth form at Alsager School. If any young lady deserves an early Christmas present it’s Olivia.’

On SuperUnleaded.com: Video of LaFerrari Crash in Budapest Released