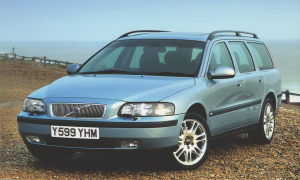 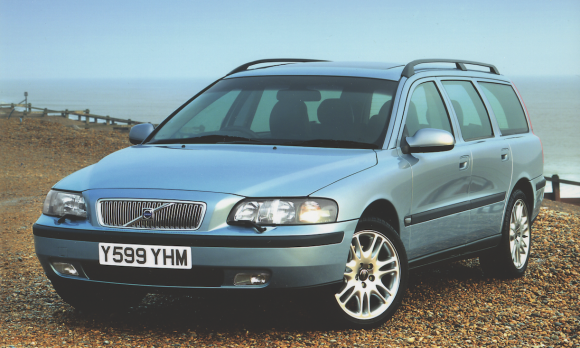 Big Mike: Only first-time parents could ever think a cloth interior a good option

MY NEXT door neighbours have just become parents. A fact that, no doubt, you’ll find a little tedious as you probably don’t know them, and even if you did, probably wouldn’t be especially excited about, other than to wish them well and keep out of their way for a while until such a time as the snotgobbler can control the disposal of its own waste.

For me, though, this was an exceptionally smug moment, for my neighbour, who we’ll call Tom, had single-handedly ignored every piece of my advice.

In that all-knowing way in which every soon-to-be new parent behaves, Tom had spent several months with his nose buried in tedious consumer-oriented car magazines trying to decide whether to sink his hard-earned into a finance package on a used European or new Korean tin box, with the same proportions as a food larder and equally dynamic performance.

After much soul-searching, Tom settled on a Volkswagen Touran and, knowing I ‘supposedly know a bit about cars’ (his words) decided to come round and tell me all about it.

It’s at this point that I should tell you that Tom is the kind of chap who tells you a bit about everything. He’s not unpleasant, per se, but is the kind of bloke you find a little nauseating from time to time – which is not helped by the fact his wife can be more than a little snooty.

He doesn’t even feel comfortable when he’s ‘telling you about’ stuff – it’s more that his wife has put him up to it so she can boast about what a good, hard-working, well-paid hubby she’s got. In his own way, I actually quite like Tom – he’s bright, he works hard and can afford a nice four-bed detached in Solihull in his early 30s, so he’s obviously not some kind of layabout.

When he told me he was going to buy the Touran, I pointed out every reason to him why he shouldn’t. First, he was giving up a BMW 3 Series Coupe and in no way whatsoever would the Touran make up for the things he was missing – German it may be, but it’s no sports car.

Secondly, with just the one rugrat, the extra seats in the Touran would be surplus to requirements as by the time another sprog arrived, it would already be knackered – that has no bearing at all, I hasten to add, on VW’s build quality but more reflects the destructive and evil nature of the world’s miniature people, who make it their sole purpose in life to mess with, bend, snap, stain or tear anything they come into contact with.

Third, he thought he could get away with a cloth interior.

Only someone who has never been a parent before believes they can get away with a cloth interior.

Those of us in the know are aware that, whilst leather might actually be marketed as a luxury option, its real purpose in life is to exist as a surface from which sticky confectionery remnants, nappy leakages, crisps, pureed fruit and snot can be removed quickly and deftly with the use of a single wet wipe, because inevitably there’s only the one ever left in the packet.

I then went on to show Tom a ‘proper’ car for the owner of a new baby in the form of a 12-year-old Volvo V70 estate, which I took in PX a few months ago and which was living on my driveway ready for a school holiday visit from my eldest daughter, complete with a full complement of grandkids – three aged from five months to five years.

It had all of the things that Tom’s ‘dream’ Touran didn’t… an automatic gearbox, giving the harangued driver one less thing to think about, pre-existing damage to both inner door cards, wipe clean leather seats, a self-adhesive Iggle Piggle activity sticker partially (and unsuccessfully) removed from the inside of the back window, one noisy and slow electric window with a mechanism infiltrated by dried-out Robinsons Fruit Shoot, an unidentifiable damp smell and some suspicious yellowy-brown stains on the headlining. Or in other words, it was a normal family car.

Tom found all of this quite amusing, thinking it was more a display of my wry humour, and went off home to his wife and newborn son. Two weeks later, a brand new 2014 Volkswagen Touran appeared on their drive and for at least a week, I could see Tom clinging on to the wreckage, cleaning it, scrubbing the upholstery with wet wipes and getting more than a little stressed with his supposedly better half… This, remember, was well before the toddler days had even begun.

A week later, he was round my house admitting defeat. The school holidays had been and gone, along with my daughter and her rabble, and the Volvo was surplus to requirements until the family descended in August. He’d drawn a grand out of the bank and bit my hand off…