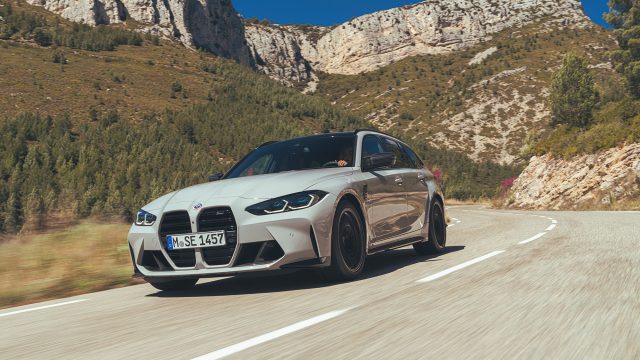 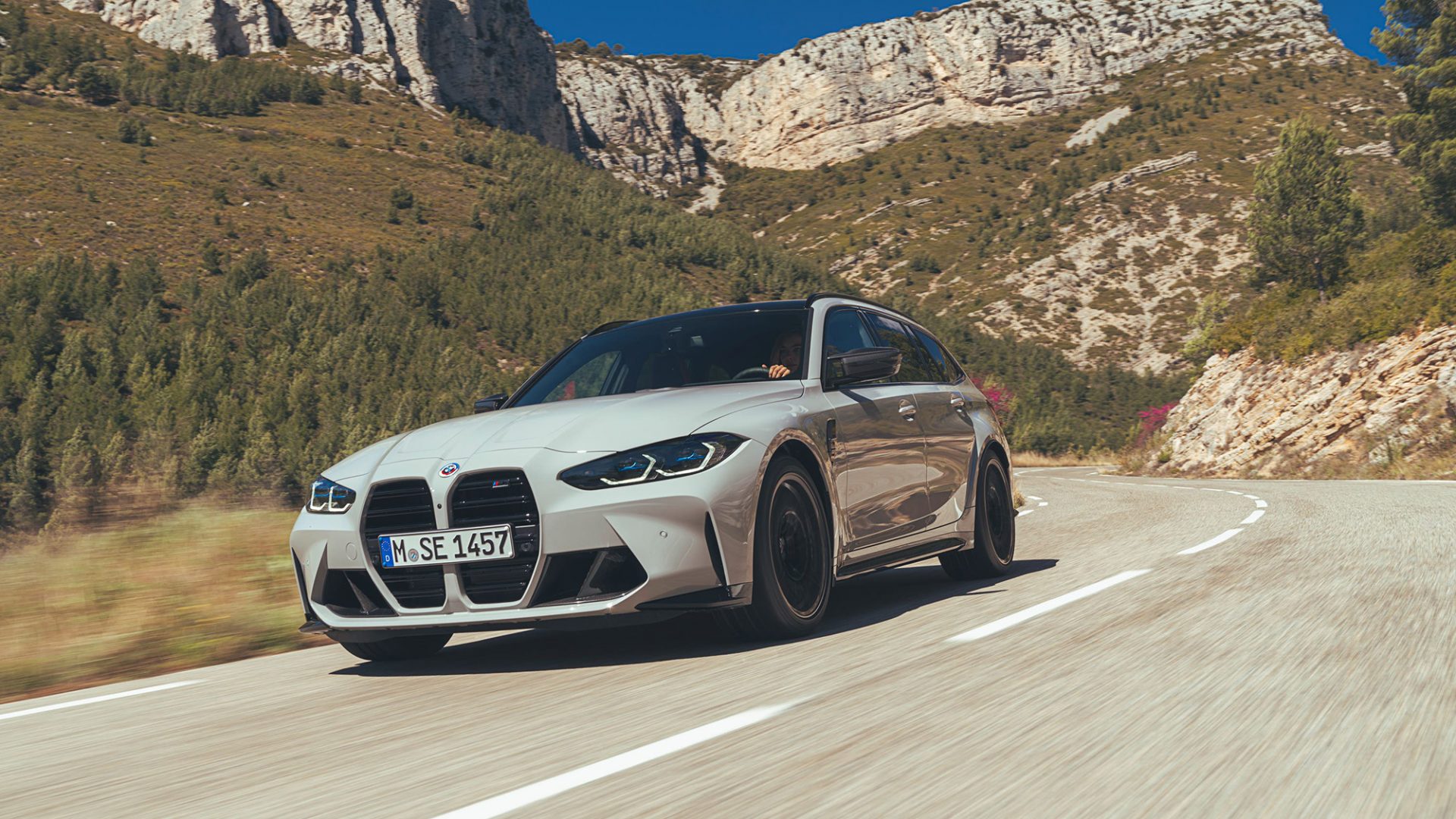 BMW has unveiled its M3 Touring – the first estate variant of the firm’s performance saloon.

It’s only available in range-topping Competition specification, with BMW’s xDrive all-wheel-drive system on all cars as standard.

The M3 Touring uses a twin-turbocharged six-cylinder 3.0-litre engine that throws out 503bhp and 650Nm of torque, enabling a 0-60mph time of 3.4 seconds and going on to 155mph, which can be increased to 174mph via an optional pack.

The exterior has had a total overhaul versus the standard 3 Series Touring and it’s 85mm longer, 76mm wider and 4mm lower, too.

At the front is the black frameless kidney grille, with large intakes in the lower section of the front splitter. The M3 Touring stands out even further with huge flared wheel arches and extended side skirts as well. 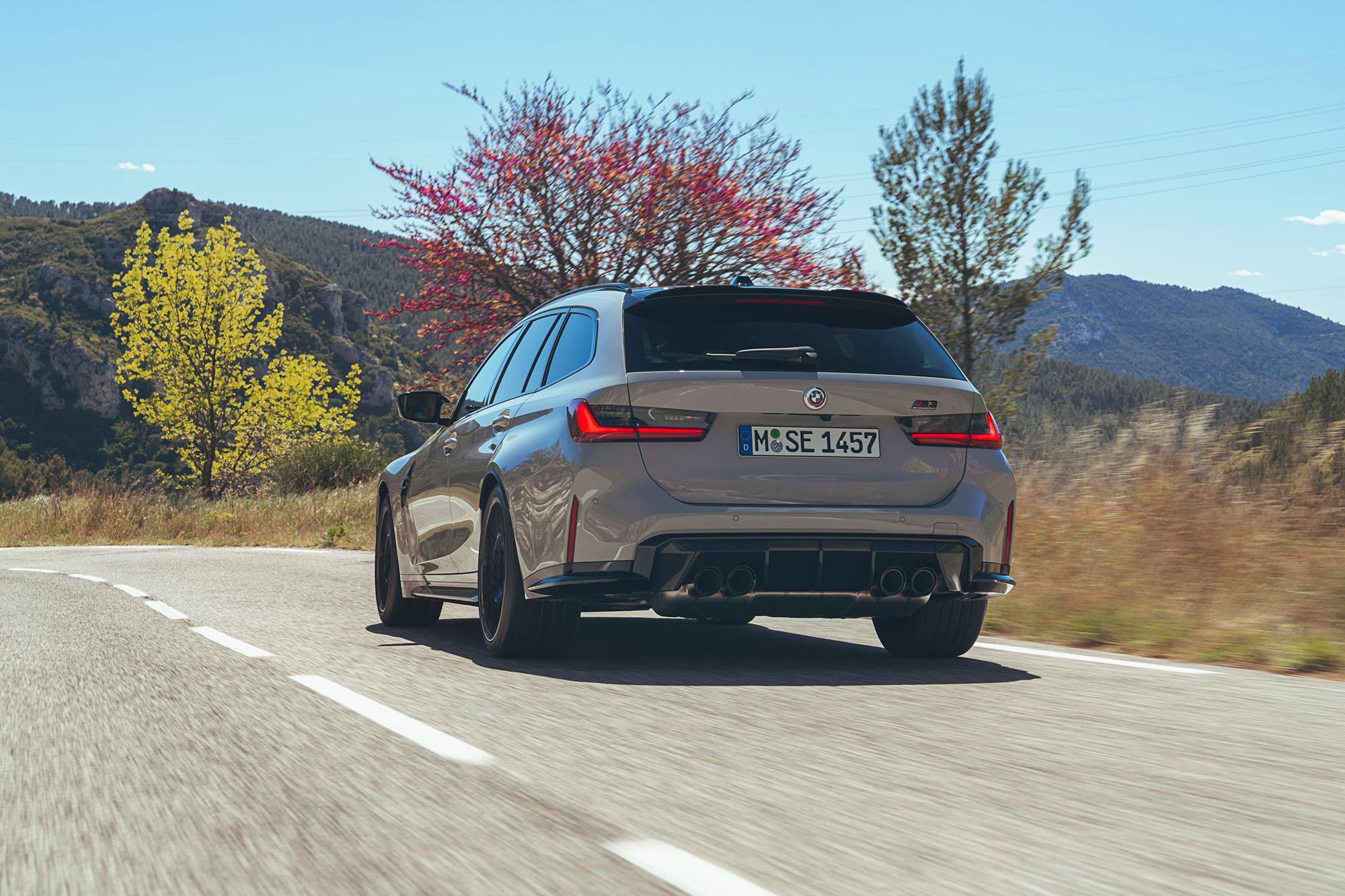 The BMW M3 Touring has more space and practicality

All cars ride on mixed-size wheels – 19 inches at the front and 20 inches at the back – finished in black as standard, although a bi-colour diamond effect is an optional extra.

Inside are numerous M-specific design touches, while the leather-trimmed and heated M Sport seats fitted as standard feature multi-way adjustment.

There’s also the option to replace them for M Carbon bucket seats for a racier feel.

All cars get a curved 14.9-inch infotainment display that runs BMW’s latest Operating System 8. A 12.3-inch information display sits behind the steering wheel as well.

Practicality is a key feature of the Touring, which has a 500-litre boot that can be expanded to up to 1,510 litres by folding down the rear seats.

The BMW M3 Touring is being premiered at the Goodwood Festival of Speed this week and can be ordered now, with prices starting at £80,550.