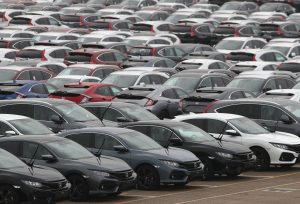 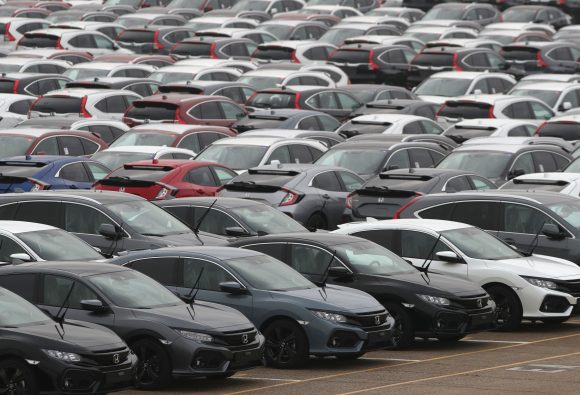 THE CAUSE of February’s dip in new car sales is ‘Brexiety’, according to Auto Trader.

‘The expected dip in new car registrations continues to reflect the serious decline in diesel sales and the broader UK economic environment,’ he said.

‘This is further compounded by the uncertainty car buyers have over Brexit, with more than 60 per cent saying it is causing them to delay or change their car-buying plans. You could call it Brexiety I suppose!

‘It will be used cars that provide the most interesting opportunity in 2018. In the past five years, the number of cars less than four years old listed for sale on Auto Trader has increased by a third, providing people on a wide range of budgets the opportunity to change into a newer, cleaner and better spec.’

Chris Bosworth, director of strategy at Close Brothers Motor Finance, said: ‘February is traditionally a quiet month for new car sales, as consumers hold out for the new registration plates which are released in March.

‘Coupling this with the cyclical and structural market challenges that the motor industry faced over the last year, these figures don’t come as a surprise.

‘Ahead of the new vehicle excise duty rules which come into play this April, motorists could be waiting for clarity on car restrictions before making decisions to buy. We hope that once these rules come into play that some confidence in the new car sector will be restored.’

Ian Gilmartin, head of retail and wholesale at Barclays Corporate Banking, added: ‘Another fall for the new car market should come as no surprise, but also needs to be viewed in context, as the very high sales figures posted in the last couple of years were always going to be difficult to maintain.

‘The dip in February was less pronounced than in January, although it’s worth remembering that February data isn’t a particularly reliable bellwether for new car sellers, with the new plate performance in March key to ensuring that this manageable drop doesn’t develop into something more dramatic.

‘Concerns over diesel continue to dominate the statistics, with sales dropping a quarter. The “diesel bad” narrative is over-simplistic. Consumers need clarity on what the future plans are around diesel regulation, so they can make an informed decision about which vehicle is right for them.’

James Hind, chief executive and founder of Carwow, said: ‘There is still so much confusion in regards to the future of diesel. There is a continued clear trend for consumers looking for petrol cars over diesel cars. As a result, there are lots of diesel cars in stock that have great offers on.

‘However, until there is greater guidance from the government on diesel and plans for the future electric car charging infrastructure, the industry will continue to face pressures. Right now, too many potential buyers are confused and therefore hesitant to commit to a purchase.’