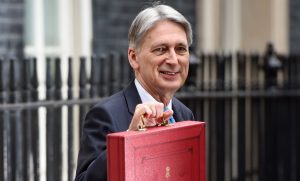 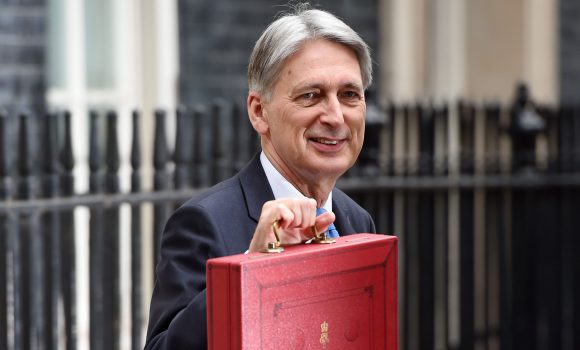 The Chancellor said such vehicles will be subjected to a one-band increase in the first year vehicle excise duty (VED) rate.

VED is based on a vehicle’s CO2 emissions and the cost for the first 12 months ranges from zero to £2,000.

In his Budget speech to the Commons, Mr Hammond also revealed that the existing diesel supplement in company car tax is also going up by one percentage point.

The Chancellor said: ‘Drivers buying a new car will be able to avoid this charge as soon as manufacturers bring forward the next-generation cleaner diesels that we all want to see.

‘And we only apply the measures to cars.

‘So before the headline writers start limbering up let me be quite clear: no white van man or woman will be hit by these measures.’

The levy on diesels will fund a new £220 million clean air fund to support the implementation of local air quality plans.

Motoring groups expressed frustration at the decision to raise taxes on diesel cars, stating that those meeting current Euro 6 emissions standards are a vast improvement on previous models.

AA president Edmund King said: ‘It is unnecessary to realign the VED bands on new sales of diesel cars.

‘The current batch of Euro 6 diesels are much cleaner than Euros 1 to 5 already on our roads. This just adds to the demonisation of diesel.

‘Diesel sales have slumped this year which shows that drivers are already voting with their wheels.

‘Consumers are already making a conscious decision to buy cleaner cars, so the new sales tax is unnecessary.’

Mr Hammond decided against increasing fuel duty, which has been held at existing levels since March 2011.

The total cost of diesel reached its highest level in almost three years this week, with average forecourt prices across the UK hitting £1.23 per litre.

Steve Gooding, director of the RAC Foundation, said: ‘It is right that the Chancellor avoided calls to put up duty.

‘Transport – and for most people that means motoring – is already the largest single area of household expenditure bar none, and pump prices have recently been on the rise adding to the pressure on domestic budgets.

‘No-one should feel too sorry for the Treasury. It still receives two-thirds of what we pay on the forecourts.’

Campaign group FairFuelUK issued a statement which said: ‘Pleased that the Chancellor has understood the debilitating effect of raising fuel duty on consumers, households, businesses and the broad economy.

‘He knows that now is not the time for gesture politics.’

Ian Plummer, manufacturer director at Auto Trader added: ‘Whilst we applaud the Chancellor for not penalising drivers of modern diesel cars, consumers will require greater clarity around the differences between the newest Euro 6 vehicles and older engine types to fully understand the changes in tax brackets.

‘After all, diesel remain a more efficient and cost-effective alternative for millions of car buyers and as we’ve seen on our marketplace, as indicated by our Retail Price Index, the price of second hand diesels are holding their value, in fact increasing year-on-year despite the negative rhetoric.

‘There are still a range of scrappage schemes available for those consumers who currently do own older diesel cars, providing cash incentives for them to upgrade to newer, cleaner engines or indeed electric powered vehicles.’

Sue Robinson, NFDA Director, said: ‘The higher tax on first registration of all diesel cars which are not certified by the Real Driving Emissions will disproportionately affect many motorists who will be looking to purchase the most efficient vehicle to suit their driving habits.

‘In many cases, Euro 6 diesel cars still represent the most efficient and affordable vehicle.’

She continued: ‘It is positive and highly beneficial for motorists and consequently the whole retail automotive industry that the rise in fuel duty for petrol and diesel was cancelled.

‘We are pleased to see that the Treasury took our recommendations into consideration as we had explicitly asked for the fuel duty freeze ahead of the Budget.’

MORE: Discounts on new diesel cars 25.6 per cent higher than on petrols

MORE: New London charge for drivers of the most polluting vehicles