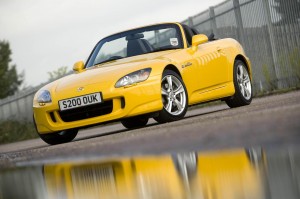 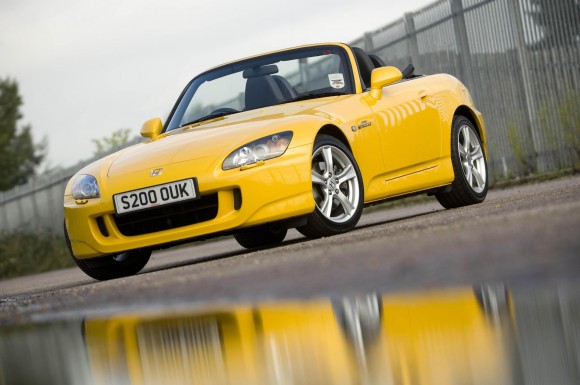 We help you choose the best stock for your forecourt. This month, the Honda S2000 is the model in the spotlight

Built as a 50th birthday present to itself, Honda created the S2000 in 1999 – a two-seater, rear-wheel-drive roadster that not only marked the Japanese company’s return to the sports car market, but also added some much-needed excitement to Honda’s then model line-up.

Pitched against cars such as the BMW Z3 and Porsche Boxster, the S2000 quickly built up a reputation for being a true driver’s car, thanks to its perfect weight distribution, characterful 2.0-litre, four-cylinder VTEC engine and double- wishbone suspension.

A facelift took place in 2002 with a few small changes such as the shoddy plastic rear window being replaced with full glass, but the car’s major overhaul came two years later.

Second-generation cars featured upgraded springs, dampers and anti-roll bars, and an interchangeable hardtop became available too. One upgrade which was hugely noticeable though was the difference in steering response. One major criticism of the original car (designated AP1) was that over-responsive steering was a little too responsive. AP2 cars had their steering ratios tweaked slightly, slowing it down and creating a more refined drive.

What can go wrong?

The S2000 is regarded by petrolheads as a great car, but does it have any hidden issues that you should look out for when you’re buying for your forecourt? While the VTEC engine is extremely reliable and fares well even with high mileage, it does burn a lot of oil – often a litre between 800 and 1,000 miles. Listen out for knocks caused by broken bearing shells as a consequence of the engine running low on oil.

Look out for suspension problems. Front lower arms are prone to replacement so listen for any knocking sounds up front (this can be checked while driving or stationary putting the car on full lock both ways). Also be sure to check the undersides for any rust – Honda went sparingly on the underseal to keep weight down, so have a good look over for any rust.

Also, S2000s don’t have the highest quality of interiors so be aware of any aftermarket radios – the ‘slot’ they fit into will probably be damaged and broken. Lastly, check for damp carpets, as this is a sure sign the roof is leaking around the screen pillars.

A good buy for your forecourt would be the post-2004 AP2 S2000. The upgrades make for a more refined drive and therefore widening its appeal to customers.

S2000s came in a limited colour palette, so the choice is really bright or dark – there isn’t much difference in terms of resale value.