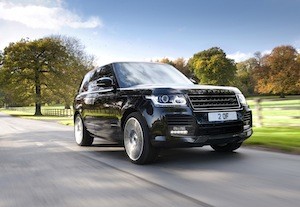 ANALYSIS of SUV residual value performance by CAP Gold Book  has revealed that the expected winter uplift never took place this time around.

According to Gold Book, 4x4s came out of the winter in a lower-than-expected residual value position – then reverted to a normal seasonal pattern of reductions in recent weeks.

The result was a lower-than-expected position for SUV values during April, caused by normal seasonal 4×4 value attrition starting from a lower base than usual.

Gold Book senior editor, Dylan Setterfield, said: ‘There has been much comment in recent weeks around reductions in used values for SUVs and the fact that they were falling faster than other types of vehicles.

‘Some of this was due to the natural tendency among those involved in buying and selling vehicles to focus on recent history – how good is this week or month compared to the previous one?

‘When values started to fall this year after Easter it sparked speculation that the SUV market was a bubble which was starting to burst, when in fact the reductions observed during April were in line with expectations.

‘However, during the course of our routine sector analysis, measuring actual used value performance relative to seasonal expectations since our review in November, we saw a significant departure.’

In the SUV sector, CAP found values were on average 4.5 per cent lower than it would have expected from typical seasonality movements.

‘We had already forecast in November for a slightly weaker seasonal upturn, so the outcome is that values are on average only 2.5 per cent behind our forecast,’ continued Setterfield.

‘The weakness in SUV values was not a sudden fall and was traced back to a lack of strength earlier in 2014.

‘The overall message the market should take on recent 4×4 residual value changes is therefore that they are now returning to something much closer to the normal seasonal pattern following an unusual winter period.’