Home > News > All change at Audi as new appointments are announced 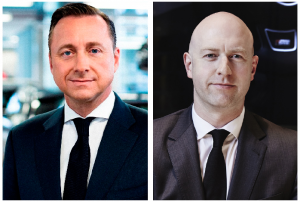 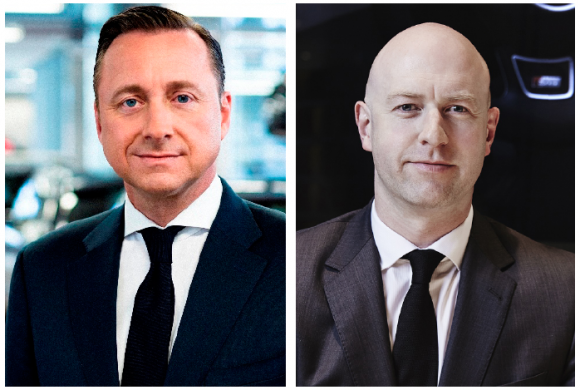 All change at Audi as new appointments are announced

AUDI has appointed Andrew Doyle as UK brand director at its Milton Keynes headquarters, moving from his role as managing director of Audi Australia.

At the same time, the acting brand director of Audi UK, Cian O’Brien, will take over as managing director of Sydney-based Audi Australia from April 2017.

For the past four years, Doyle, 47, an Australian citizen, has led the successful Audi National Sales Company in Australia, cementing continuous growth for the brand in the market and expanding the national retail network.

He is also a director of the company’s retail business, Audi Centre Sydney, and previously spent two years as director of Audi Ireland.

O’Brien, 38, will continue in his current role as acting brand director in the UK until March. He has been head of sales in the UK for two years and responsible for the continued dramatic rise in UK sales and commensurate premium market share by bringing the fast-expanding Audi range to market.

Taking over from O’Brien as head of sales is premium sector specialist Peter Brookes, who can draw on 18 years of experience with high-end automotive brands, most recently as a founder shareholder in the prominent Knights Group, which he created.

Brookes takes over sales operations at Milton Keynes from November 1.

The third appointment at Audi UK is Benjamin Braun, who is appointed head of marketing.

MORE: Nissan boss ‘confident’ after Brexit talks with Theresa May.

On SuperUnleaed.com: 7 Of The Best Driving Roads In Britain