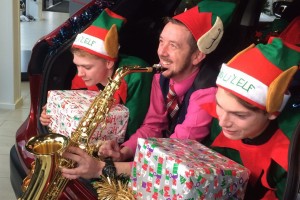 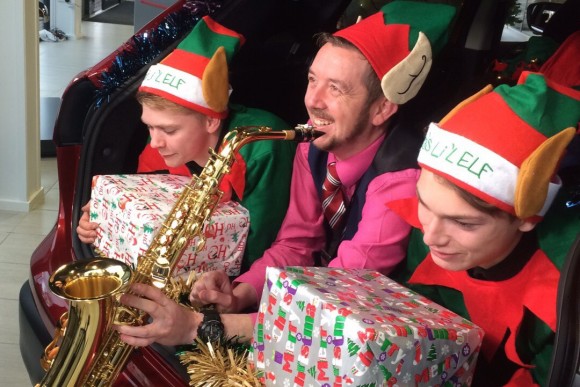 MEMBERS of staff at a leading north-west motor dealer have become overnight internet sensations – and it’s all in aid of a Christmas charity that helps disadvantaged children.

The Chorley Group has recorded a tongue-in-cheek video set to Shakin’ Stevens’ Christmas classic ‘Merry Christmas Everyone’, which features members of staff from all departments of the company, including chairman Andy Turner and other members of the board.

The video was viewed more than 79,000 times on Facebook within days of its official release and the Chorley Group is on course to raise £2,500 for Mission Christmas, a charity appeal run by Rock FM that supports disadvantaged children across Lancashire.

Chorley Group HR director Stacey Carter said: ‘It all started as a bit of fun initially. We wanted to do something that spread a little festive cheer and involved all of the staff.

‘Once we shot the video, which I have to say was great fun to make, we then thought “Why don’t we use this to raise some money for a local charity?”

‘We contacted Rock FM and agreed to donate £1 to their Mission Christmas appeal every time the video was liked and shared on Facebook, to a maximum of £2,500. Within days the video had been shared more than 1,000 times and attracted more than 79,000 views, so we are well on course to hit our fundraising target of £2,500.’

MORE: 2015 will be a record year for new car registrations, according to CAP