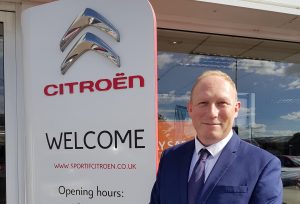 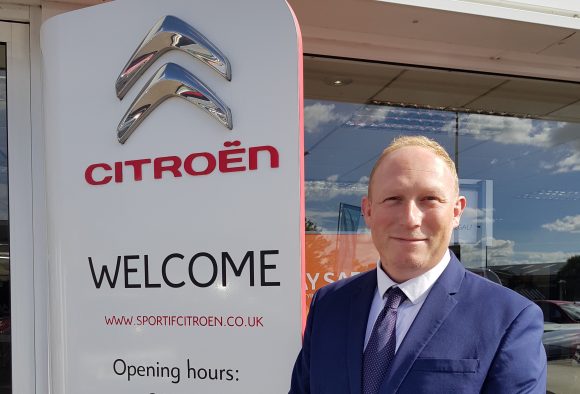 A CITROEN dealership in Buckinghamshire has been bought by a son from his father.

Simon Miskin and friend James Wilmoth have purchased Sportif Citroen from John Miskin and John Boardman, who have retired after 19 years at the Aylesbury business.

The showroom started life in 1976 as Chelmhill Motors, when it had a Volvo franchise. It changed to Citroen in the mid-1980s.

Staff stability has been key to its success, said the company in a statement – some of the employees have been there since it was a Volvo dealership.

NMC Sportif acquired the business in June 1999, since when it has grown from a two-car showroom with aftersales operating from a corner of the building to a seven-car one with its own service department within the sales environment.

Wilmoth has a number of separate Citroen and DS dealerships under the Wilmoth banner and, said the company in a statement, had proved ‘a tremendous asset’ over the acquisition.

Simon Miskin, pictured, had been dealer principal at Sportif Citroen for the past seven years and is now the managing director.

‘This has been my lifelong ambition,’ he said. ‘My business ethos has always been to surround myself with generally like-minded, experienced people.

‘It has additionally always been vital to empower them to make their own decisions, even if sometimes that means them learning from the occasional mistake along the way.’

He added: ‘I am confident in the team I have around me in both sales and aftersales, and will not be making any changes to the dynamics.

‘Thankful for such wonderful managers and staff that now total nearly 30, I know Sportif will continue to grow and excel in providing outstanding customer service, and with the exciting new range of Citroen products available, and those soon due for release, the dealership is sure to continue its year-on-year success.’

In the statement, John Miskin and Boardman said: ‘It is really great to be disposing of the business to someone, in Simon Miskin, who knows it inside out and James Wilmoth, who has an enormous amount of respect within Citroen and the network as a whole. We wish them every success.’