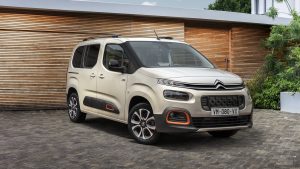 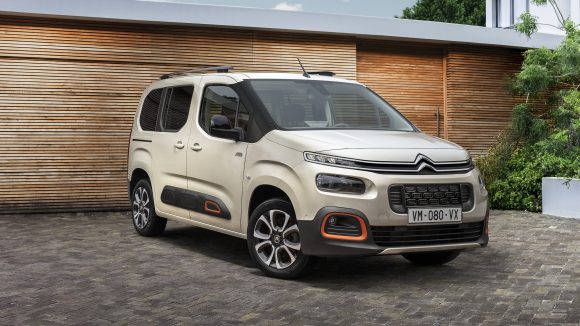 IN a world of crossover dominance, you’d be forgiven for thinking manufacturers had pretty much phased out multi-purpose vehicles.

Citroën still thinks there’s life in the sector yet though and has come out with this – the new Berlingo Multispace.

The French firm is calling it a ‘Leisure Activity Vehicle’ (LAV for short), a segment it claims to have created in 1996 with the original Berlingo Multispace.

It’s even gone as far to suggest the model’s name is used to describe the MPV segment in some countries, much like ‘Googling’ is often used for web searches – but it didn’t say which ones. 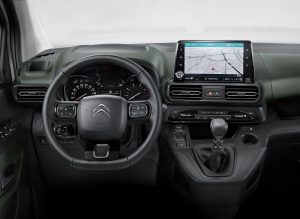 The third-generation Berlingo Multispace features Citroën’s latest boxy design language, with the now-trademark tiered headlamps and narrow grille – as well as the addition of the manufacturer’s Airbumps on the side of the vehicle.

It’s available in either M and XL sized – measuring 4.4 and 4.7 metres respectively – with the smaller option featuring five seats, and the larger seven. In both versions, middle row seats are independent from one another and can each be folded down for extra cargo space – with two also removable.

M models also boast more boot space that its predecessor, now 775 litres with all seats in place – a 100 litre increase.

Inside the new Berlingo Multispace, grey cloth with green highlights around the cabin comes as standard. The optional XTR pack adds a different green tone with further orange touches, with a light grey strip on the passenger side of the dashboard.

As for powertrains, two engine options are on offer – one petrol, one diesel – in various states of tune, which can be had with either a six-speed manual or eight-speed automatic gearbox. Full performance details have yet to be revealed but expect to hear more after the car’s public debut at this year’s Geneva Motor Show.

Exact pricing, specifications and delivery dates of the Citroën Berlingo Multispace have yet to be disclosed, but order books are set to open in the second-half of 2018.

MORE: The supercar showroom that was built in just five days

On Workshop Magazine: Temporary traffic lights cause drop in trade for Stoke garage