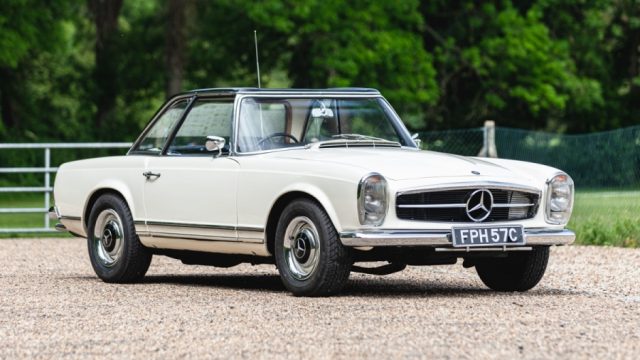 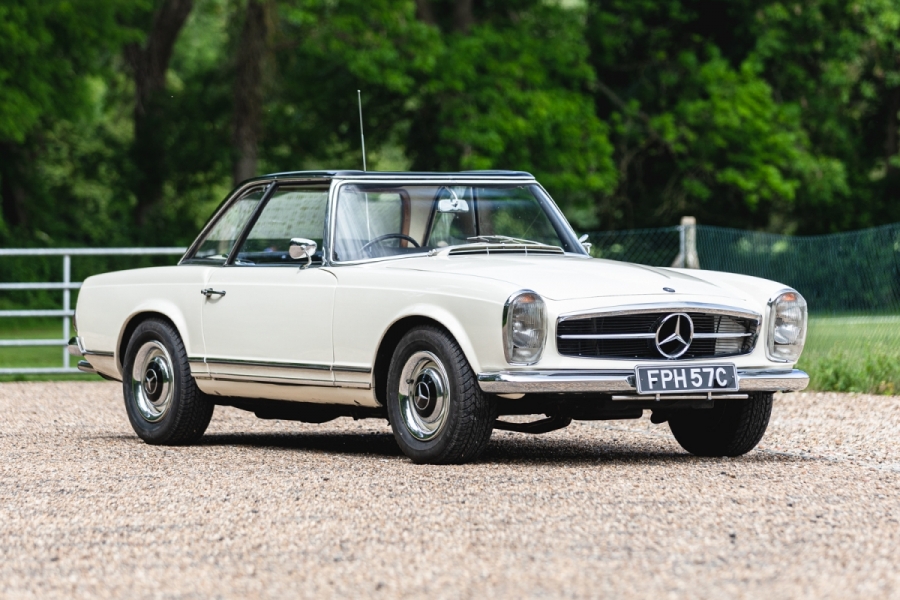 Classic Car Auctions made close to £2m in sales last weekend in what was its first auction to welcome back physical bidders since before the pandemic.

The Midlands-based firm headed to London on Saturday for its sale of ‘everyman classics’, with bidders in the mood to spend.

The auction achieved a 76 per cent success rate with sales totalling an eye-watering £1.9m.

More than 100 vehicles went under the hammer, including a 1965 Mercedes 230SL that belonged to Bond girl Britt Ekland.

The convertible, which sold for £77,700, was bought from new for the actress by her then-husband Peter Sellers.

Classic Car Auctions (CCA) described the motor as ‘exceptional’ and were not surprised to see it attract huge attention.

The auctioneers also achieved huge success with Audi Quattros – selling four of the iconic vehicles for a combined £131,757.

The most valuable of the quartet was a 1992 Quattro 20v, believed to be the penultimate Quattro in the UK.

The sale was the first physical auction to be held by CCA since 2019.

It is the latest in a long line of sales that have benefited hugely from the return of bidders in the room.

Gary Dunne, CCA’s sales manager, said: ‘We would like to thank our vendors and buyers for their continued support.

‘We are now inviting early entries for our next auction which is on Saturday, September 25.

‘If you are interested in selling your car with the UK market leaders, please contact us today.’