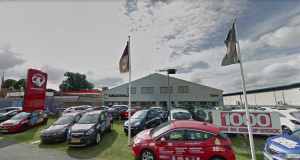 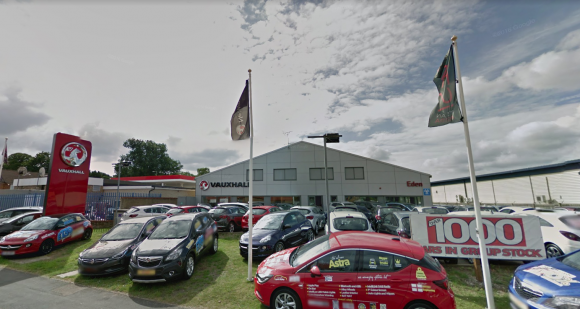 A VAUXHALL dealership has endured a slew of negative publicity after getting into a row with a customer who found drugs in a car he was loaned.

Russell Page, 32, took his car to Eden Vauxhall in Camberley, Surrey, for a service and needed a courtesy vehicle to use for the day.

However, they had all been booked out in advance, so he was loaned a Vauxhall Adam belonging to a member of staff.

When he and his three-year-old son got into the car, there were a number of inappropriate items inside, including illegal drugs and a half-full bottle of wine.

Speaking to The Mirror, one of the newspapers to carry the story, Page said: ‘When I opened the boot, it had a really strong smell of cannabis and there were two handbags in it, which I opened and found weed, a grinder and a bag of white powder.’

Having complained to Eden Vauxhall, Page received a phone call from the dealer and it was agreed that the Adam would be returned to the showroom.

Upon his return to the dealership, though, relations between staff and Page took a turn for the worse.

Speaking to Car Dealer, Graeme Potts, founder and managing director of Eden Vauxhall, claimed that Page was rude to his staff and was asked to leave the premises.

Potts did confirm that 3.4g of cannabis had been found in the Adam.

He said: ‘The customer said that when he was about to put shopping in the boot of the car, he detected a smell of cannabis. I have to say I have no sense of smell at all so I have no idea what that smells like, but my colleagues tell me it’s fairly distinctive.

‘In order to discover the source of the smell, this gentleman went into some personal bags that were in the boot of the car and found a packet containing what transpired to be 3.4 grams of cannabis.’

Potts added that the employee responsible had been dismissed from the company.

On SuperUnleaded.com: Mini harks back to classic 1275 GT with striking new model