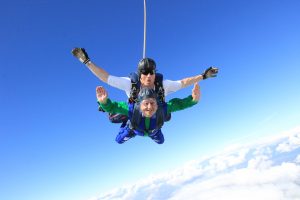 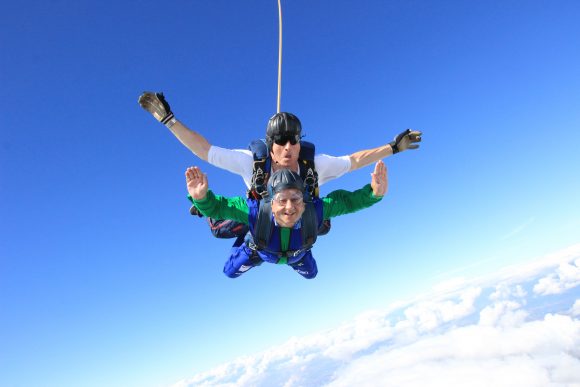 HE DID IT! Marshall Motor Holdings chief executive Daksh Gupta today completed a skydive to raise money for the automotive charity BEN – in the first event held as part of the ‘Industry Leader Challenge’.

Gupta is the first person to participate in the challenge in which, each year, a key figure from the UK automotive industry will take on a personal fund-raising mission to help raise money for the organisation.

@MarshallMotorGp @dakshbenjump “It was amazing but I’m definitely never doing it again!”. Once is enough for £100k+ pic.twitter.com/mfwoFXryfJ

As we reported earlier this week, once completed, he or she will pass the ‘baton’ on to a new leader whose aim will be to raise more money than the previous challenger.

The inspiration for the event came from former Marshall director Sarah Sillars, who took on her own personal challenge for BEN, successfully climbing Mount Kilimanjaro in 2010 and raising an incredible £38,000. Gupta’s fund-raising total currently stands at an incredible £142,000 with hopes that it will pass the £150,000 mark.

What an amazing day. @MarshallMotorGp Daksh has set the bar high as first to take @BENMotorCharity Industry Leaders Challenge @dakshbenjump

Speaking after the jump, which took place at the Hinton Skydive Centre in Brackley, Northants., Gupta said: ‘I must admit the worst thing is going up. I was having second thoughts up there but it was amazing.

‘I can tell you I definitely wouldn’t do it again. It was amazing but once is enough!’

On SuperUnleaded.com: The Grand Tour Team Break A Range Rover