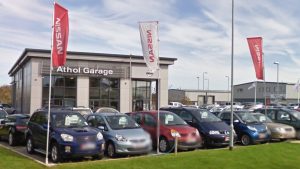 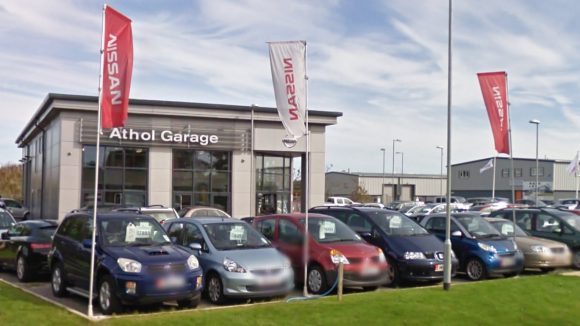 A car dealership that unfairly dismissed a member of staff has been ordered to pay him more than £18,000.

Athol Garage (1945) Ltd, which is in Ballasalla on the Isle of Man, was taken to an employment tribunal by John Heayns when he was sacked after a row following a customer complaint about the quality of service.

The tribunal was told that on June 26, 2019 a woman had phoned and spoken to company director David Quayle to say the place had been like a ‘morgue’ when she’d gone there that day to book her car in for a service.

Nobody had said good morning or looked up to welcome her or smile at her, which, she said, made her feel uncomfortable, reported IOM Today.

It wasn’t the first time there had been complaints such as this, said Quayle, who added that he talked to Heayns and other customer service team members about it.

They were also told ’they must greet customers and be welcoming’ and that what had occurred ’could not continue’.

Heayns sought to find out the name of the woman, it was reported. However, Quayle wouldn’t identify her and the team were told ‘if they did not like the regime, they would need to find other jobs’.

IOM Today said Quayle and Heayns carried on arguing about it and Heayns then said: ’I’m off’, before walking past him and downstairs from the office.

According to Quayle, Heayns went to his desk, gathered up some of his belongings and walked out.

After Quayle hadn’t heard from him for a few days, he assumed he’d resigned so a staff member was asked to arrange for Heayns to bring back his company car and other items, which Heayns then did.

However, IOM Today reported Heayns as telling the tribunal that during the row Quayle had said ’things were going to change and be done my way – if anyone does not like it, there is the door’.

Heayns subsequently spoke with fellow company director Mark Quayle – David’s cousin – about a warranty problem and took the opportunity to raise the problems he’d been having with David Quayle as well.

IOM Today reported that David then came in and said: ’If you have a problem with me then you should speak to me – not him.’

David Quayle’s manner was said to be ’very condescending and sarcastic’, Heayns told the tribunal, who added that he told David Quayle he was returning to work but the latter told him ’get out – get out, you’re gone’.

Heayns repeated that he was returning to work but was told ’no you’re not, you’re finished’. David Quayle then escorted him to his desk and followed him to the door as he left, said IOM Today.

Ex-employee Gabrielle Clague supported Heayns’s side of the story, saying she could hear the row from a first-floor office and heard Quayle tell Heayns ’you’re gone’.

The tribunal accepted her evidence and found unanimously in Heayns’s favour, ruling that he was dismissed without notice.

It added that David Quayle ’had no reasonable ground for dismissing the complainant’ and that the ’dismissal was not within the band of reasonable responses to the situation at that time’.

Athol Garage, which has three offices on the island, dates back to the 1920s and relocated from Peel Road to the 5,000 sq ft building in Balthane Road in March 2009. David and Mark Quayle are the third generation running it.