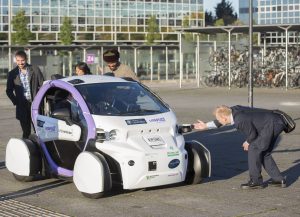 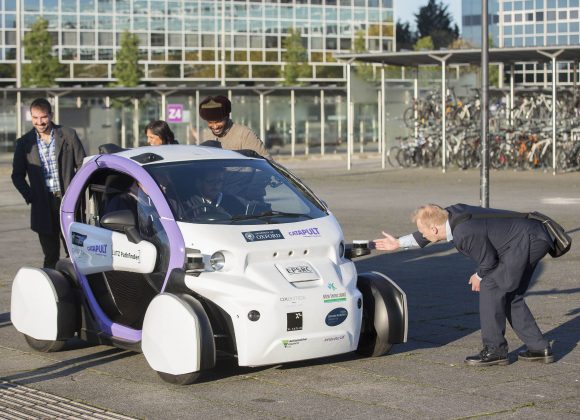 DRIVERLESS cars have been wheeled out for their first public trial in the UK – successfully navigating a roaming dog and a distracted Pokemon Go player.

The autonomous electric vehicles were driven on the pedestrianised streets of Milton Keynes in tests which will pave the way for them to operate on UK roads.

Several manufacturers are currently working on adding vehicles with autonomous technology to their ranges.

A two-seater test pod completed one-mile loops of Milton Keynes’ pavements without a driver at the helm. Instead, a technician sat behind the wheel in the event of an error. 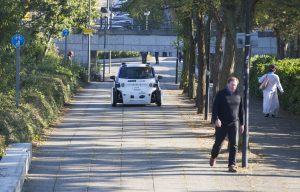 Professor Paul Newman, from the Robotics Institute at Oxford University, which developed the vehicle’s ‘brain’, said the demonstration showed how automation can improve safety.

Newman confirmed: ‘We’ve had someone walking along playing Pokemon Go go in front of it.

‘The vehicle sees them, then the vehicle stops and they didn’t even see it. The vehicle doesn’t get distracted.

‘There are lots of mistakes these vehicles don’t make. If there’s a four-year-old screaming in the back set, it doesn’t get distracted.

‘I think absolutely there are safety improvements. That’s not surprising because technology makes improvements.’

The car’s computer senses its surroundings using cameras and Lidar, a system similar to radar but using light from a laser.

It can then perform 20-30 calculations per second in an effort to decide the best course of action, Prof Newman added. 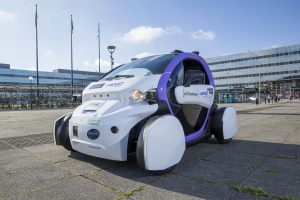 The Society of Motor Manufacturers and Traders’ communications director, Tamzen Isacsson, said: ‘This technology represents a huge opportunity for the UK with the potential to generate up to £51 billion per year by 2030 for our economy and prevent more than 25,000 serious accidents.’

The vehicle, which is similar to a Smart car in appearance, is a test pod owned by Oxbotica, an offshoot company of the Oxford University.

It operates at speeds of up to 15mph without human assistance and follows routes from virtual maps without the aid of GPS, which is vulnerable to signal blackouts and interference.

Neil Fulton, programme director at TSC, said: ‘Driverless vehicles are coming to Britain and what we have demonstrated today is a huge step on that journey.’

The test will feed into the Government-backed UK Autodrive project, which aims to promote advances in the field by getting fleets of driverless pods onto the pavements of Milton Keynes and Coventry in 2018.

On SuperUnleaded.com: Nine Things You Need To Know About The Audi R8 Spyder