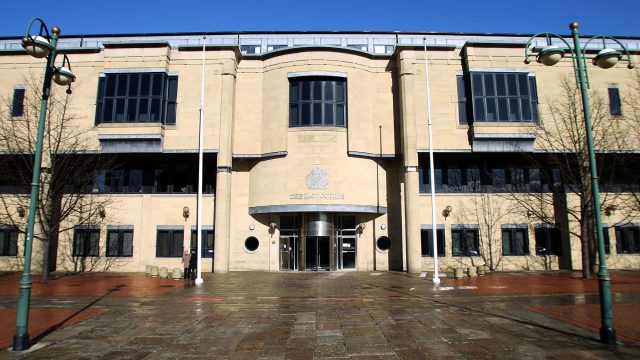 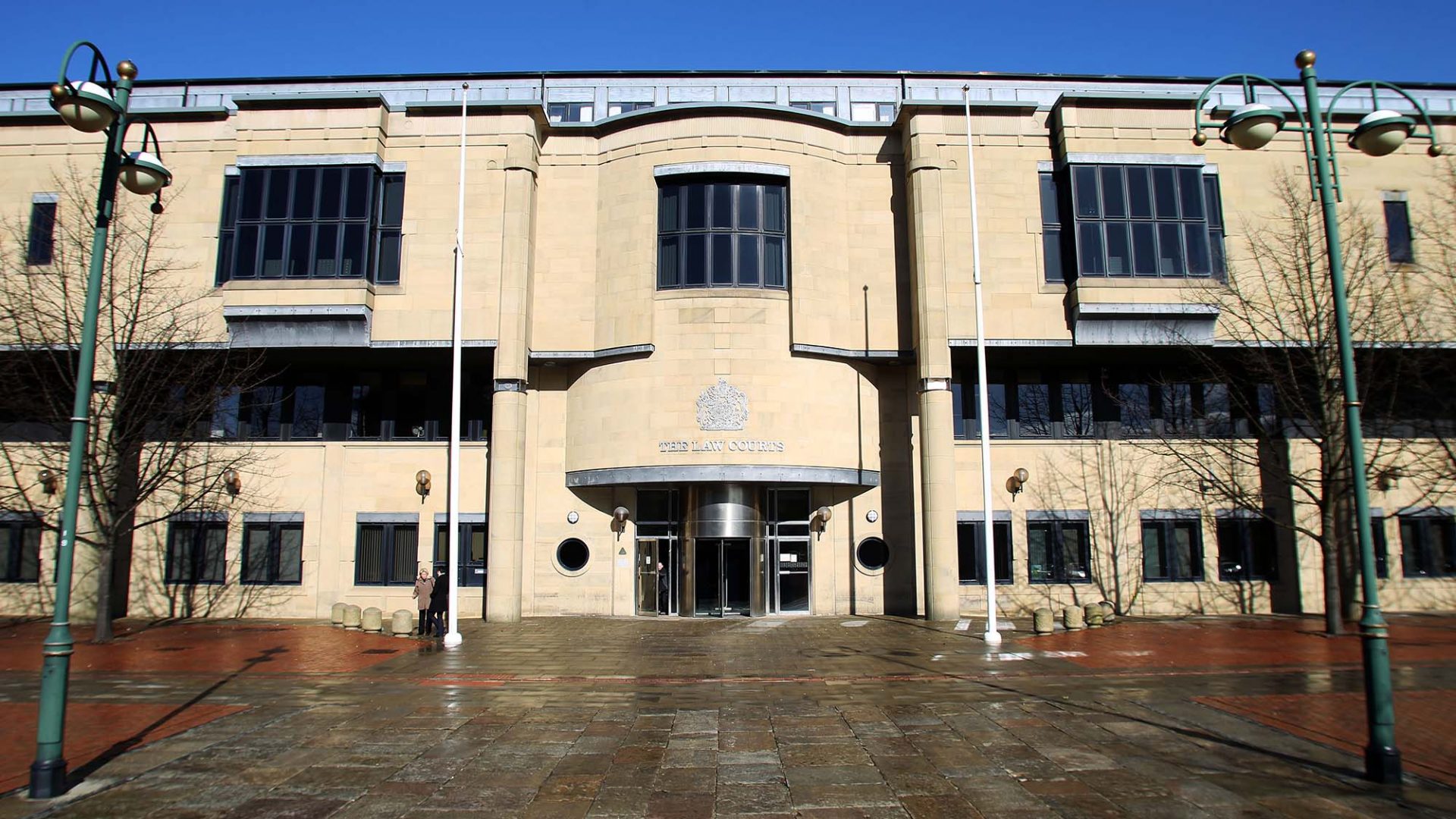 A former car dealer has been jailed after he exposed himself to a female colleague in the used car showroom where they worked.

Mark Huntley, 38, had been sales manager and boss to the woman he exposed himself to in December 2017 but dismissed the incident as simply ‘sexualised banter’ in court, reported the Hull Daily Mail.

He was sent to jail for six months at a sentencing hearing at Bradford Crown Court, pictured, and ordered to register as a sex offender for seven years.

Prosecutor Paul Genney told the court that Huntley was ‘prone to sexually suggestive remarks to ladies working there’.

The incident that saw Huntley appear in court began with the sales manager complaining at work about pain from ‘friction burns’ incurred from sex with his wife the night before.

Car salesman Mark Huntley was boss of woman he asked 'get cream' for his 'friction burns' after exposing selfhttps://t.co/n8cbLxCtea

The colleague tried to ignore him but Genney explained how Huntley ‘spotted her on her own’ and followed her to the coffee machine.

He then told her to ‘have a look at it’ and when she replied: ‘No, I don’t want to’ he exposed himself and told her to get him some cream.

The married colleague was home alone that night but told her husband about it the following day and he complained to the dealership, the newspaper reported.

Huntley – who labelled her statement ‘bulls**t’ – had worked in Motor Depot but following disciplinary action because of the incident he left to join Eddie Wright Car Supermarket, although he was later sacked from there.

In mitigation, Ben Hammersley said the woman felt ‘guilty and embarrassed but there is no suggestion of harm beyond this point’.

Hammersley also said that Huntley was married with seven children between the ages of three and 17.

Since leaving the motor trade, he had set up a painting and decorating business, but Hammersley added that by going to jail Huntley would likely lose the business and his wife would no longer be able to afford the mortgage.

In a character reference, a woman who had known Huntley for 10 years said ‘he is an exceptional human being’, adding that she trusted him ‘100 per cent’ and that she had ‘only ever felt comfortable and safe in his presence’.

Recorder Taryn Turner called the incident ‘unpleasant and unsavoury’. She said he was ‘arguably a misogynist’ and highlighted his ‘total lack of any remorse whatsoever’.

Huntley, of St Nicholas Drive, Wybers Wood, Grimsby, denied exposure when he appeared in Grimsby Crown Court in June but the jury convicted him, although it cleared him of another sexual offence.