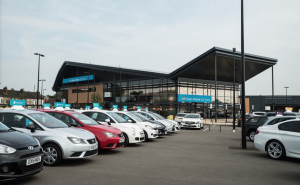 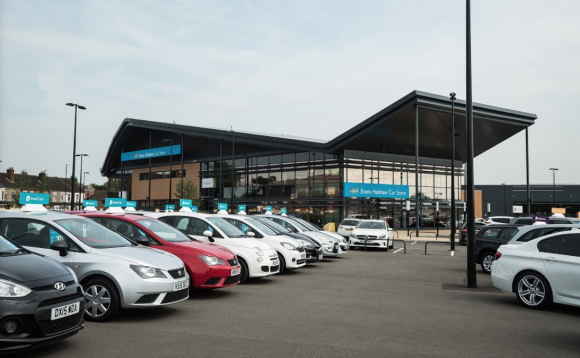 Pendragon boss Bill Berman wanted to change the company’s Car Store brand because he ‘hated it’.

Speaking exclusively to Car Dealer Magazine after a new strategy was unveiled to investors yesterday, the American boss said a new name was vital to the success of the group’s used car business.

Berman yesterday ripped up the UK’s third biggest dealer group’s previous used car strategy and unveiled a whole new one which will see the listed dealer group take on upstart rivals like Cazoo head on.

New used car dealerships will open across the country with new branding and a new style, with smaller ones shut down for good.

But first on Berman’s to do list was to scrap the name of the Pendragon used car business – a move the company is not unfamiliar with.

He said: ‘If Kim [Costello, chief marketing officer] came to me with a list of 10 names on a piece of paper for our used car business, Car Store would be the 11th one I’d pick.

‘It’s not modern, it’s not innovative, it’s not digitally oriented, it’s not transformative – you want something that conveys what you’re trying to represent in the marketplace.

‘I don’t think you can be a digital disruptor, or something that aims to revolutionise an industry, and have a name with the word store in it.

‘We want a name that appeals to all demographics, sets us apart and makes us stand out. We are shutting down 22 stores and I don’t think there was any brand equity in Car Store whatsoever.

Those are strong words from the chief executive about a part of the business predecessors spent millions building.

Now, Berman is planning on scrapping that and spending more – splashing out on eight new super-sites at a cost of £7.5m each between now and 2025.

While he wouldn’t be drawn on what the new used car business will be called, he did admit that they’re a long way down the line on picking a name.

Pendragon’s new used car business will be a blend of ‘bricks and clicks’ offering customers the chance to buy a car any way they want to.

Berman said: ‘We’re building the ability to facilitate the transaction any way the customer chooses.

‘We’ll give the customer the ability to buy the car whatever way they choose and it’s more than likely to be a combination of all of those things.’

Berman says he doesn’t believe a full online used car sales offering is something that can work on its own.

He added: ‘Cars are tactile. It will be hard to have 100 per cent of cars sold online because not everyone wants to do that.

‘This isn’t like selling an iPad online where they’re all alike, or selling widgets on Amazon where you can just send it back, you’re talking £10k-40k price points and people don’t necessarily do all that online.

‘You can’t justify the value and price point of a car without experiencing it and it’s very hard to do that online.’

But investors and the motor trade are well versed on Pendragon’s new used car strategies – the arm of the business has had more than its fair share of name changes. What makes Berman think that this time it will work?

‘We never really had a used car strategy before other than we wanted to sell a lot of used cars,’ he said.

‘If you really want to be transformative and cut a change in a market or disrupt it you need a well laid out plan – and I think we’ve got that.

‘When we go to market we’ll be out there talking about how we’re different to everyone else. Not let’s go put 20 cars into an ex-Vauxhall store that got shut down two years ago and has the cost structure that is supported by a new car franchise.

‘That doesn’t make sense. That’s not a strategy.’

Berman will be using Pendragon’s Pinewood arm to help build the used car online business – something he thinks gives them a competitive advantage.

He added: ‘We have the ability to build our own algorithm and our own products in a quick and efficient manner – and that differentiates us from others.

‘And in addition to that, the used car market is huge. There is room for more than one player out there and others aren’t focusing on it quite to the extent that we are.’