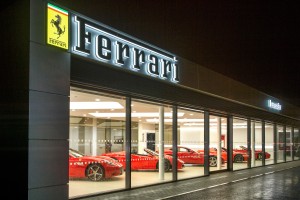 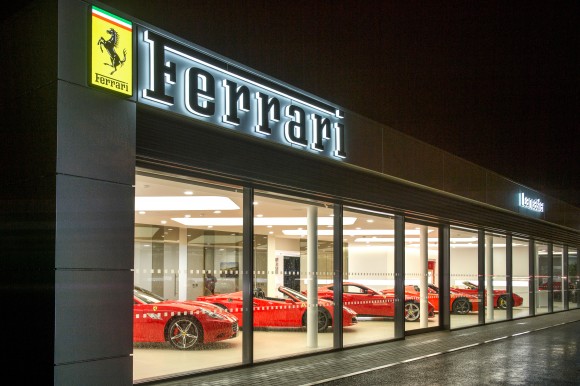 FERRARI shares soared by around 15 per cent during the company’s first day of trading on Wall Street today.

In early trading on the New York Stock Exchange, Ferrari’s debut shares rose to $60, valuing the company at more than $10bn (£6.4bn).

Ferrari’s shares were 20 times oversubscribed before trading began. More than 12 million shares changed hands within the first half hour of trading, with the stock climbing to a high of $60.97 before retreating.

Listing Ferrari marks the latest step taken by Marchionne to reduce the debt burden and fund a €48bn investment programme by Fiat Chrysler, which will reap the proceeds from the initial public offering.

Outside, the carmaker parked eight of its models, drawing a crowd to the 488 GTB, which can go from 0 to 60 in three seconds and reach a top speed of 205 miles an hour.

Ian Fletcher from automotive intelligence specialists IHS said: ‘These are likely to be interesting times for Ferrari as it returns to independence for the first time since 1969.

‘While Ferrari had held its production at between 7,000 and 8,000 units per annum according to IHS Automotive figures, earlier filings have indicated that it plans to raise production to 9,000 upa by 2019.

‘It remains to be seen whether this will be by lifting output of its existing and replacement product range such as the new Ferrari 488, models which tend to have more potential customers than cars available.

‘However, there has also been talk of adding a further, relatively lower-priced model to its range of vehicles, similar to the Dino brand 206/246 models that were produced in the late 1960s and 1970s. Nevertheless, whatever strategy it chooses to enact, it will be keen to maintain the combination of mystique and profit-generating ability of this business.’

MORE: James Baggott: VW can learn from the firm that showed there’s hope even in the midst of a crisis