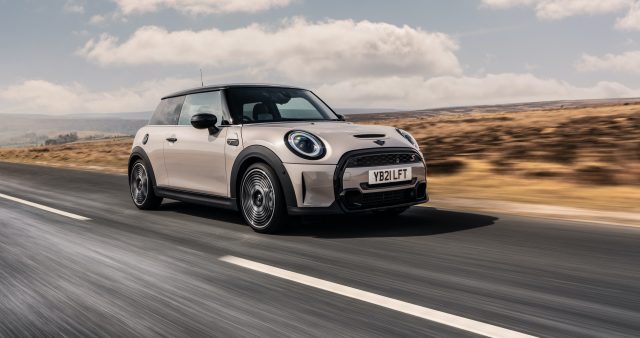 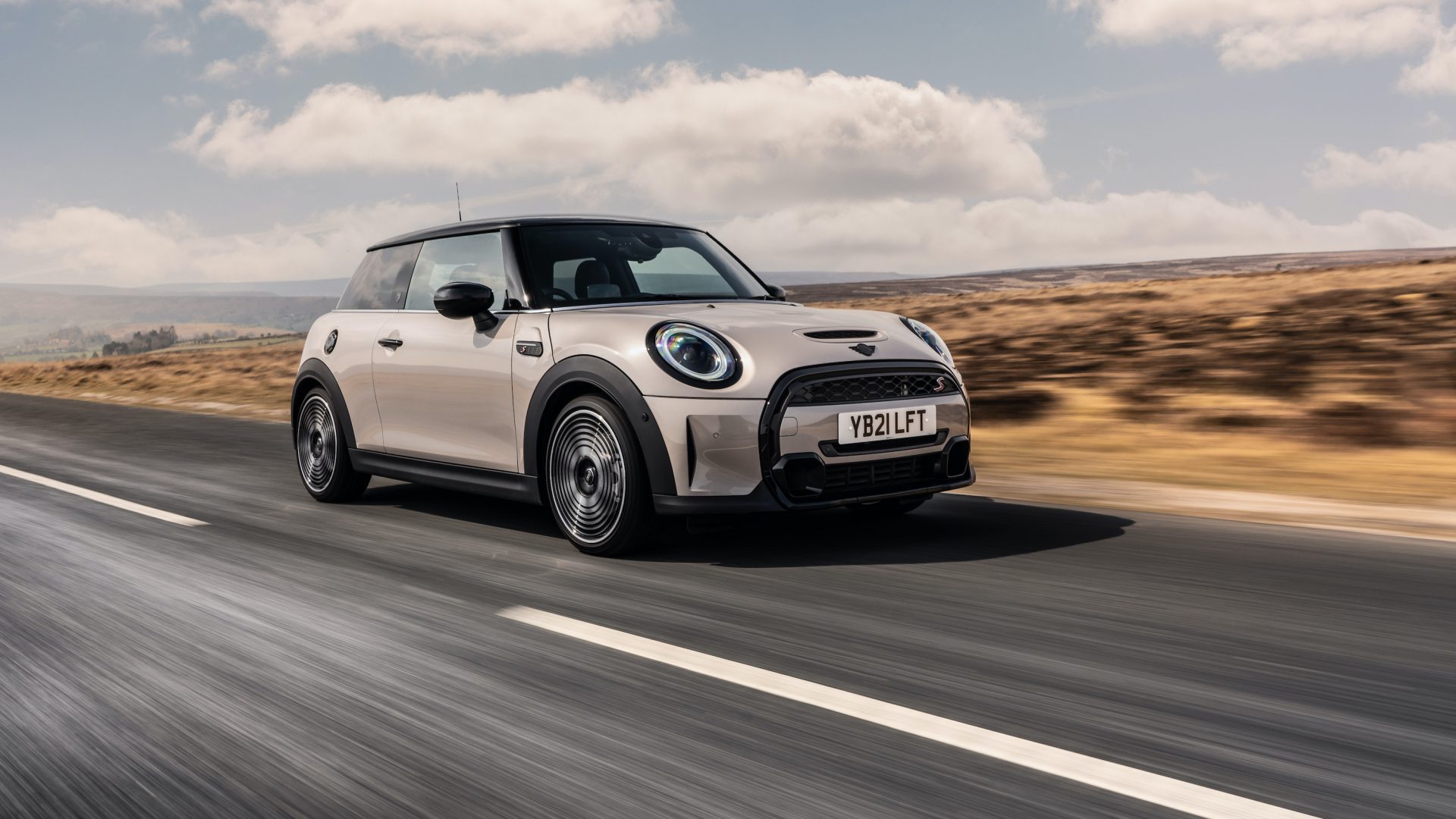 First Drive: Subtle updates ensure the Mini Hatch remains as lovable as ever

Mini is back with a second facelift on its current-generation Hatch. Ted Welford finds out if the changes go far enough

Forget your Ferraris and Range Rovers – possibly the most recognisable new car on the road today is the humble Mini Hatch. Since BMW took over and started the ‘new’ model – somewhat remarkably it’s now 20 years since they began rolling off the production plant in Cowley – Mini has kept the same formula: small dimensions, lots of style and a great driving experience.

It’s proved a perfect recipe, with well in excess of 10m being produced, but even icons need updating every now and again. And although the current generation might have been around since 2013, there doesn’t look to be a replacement on the way until 2025.

So for the time being, Mini is back with a new facelift that aims to keep this supermini fresh, but is it a success?

This isn’t the first time the current Mini has been updated, though – no, that was in 2018 when Mini most noticeably changed it, adding new Union Jack rear lights.

This 2021 update goes a bit further, though, most noticeably with a new front-end design, which we’ll explore more later. There’s also less chrome than before, with Mini buyers seemingly wanting to have it painted black regardless, we’re told.

Inside, there’s a new ‘smartphone-inspired’ 8.8-inch touchscreen, as well as new ambient lighting that changes colour depending on how loud the volume is. 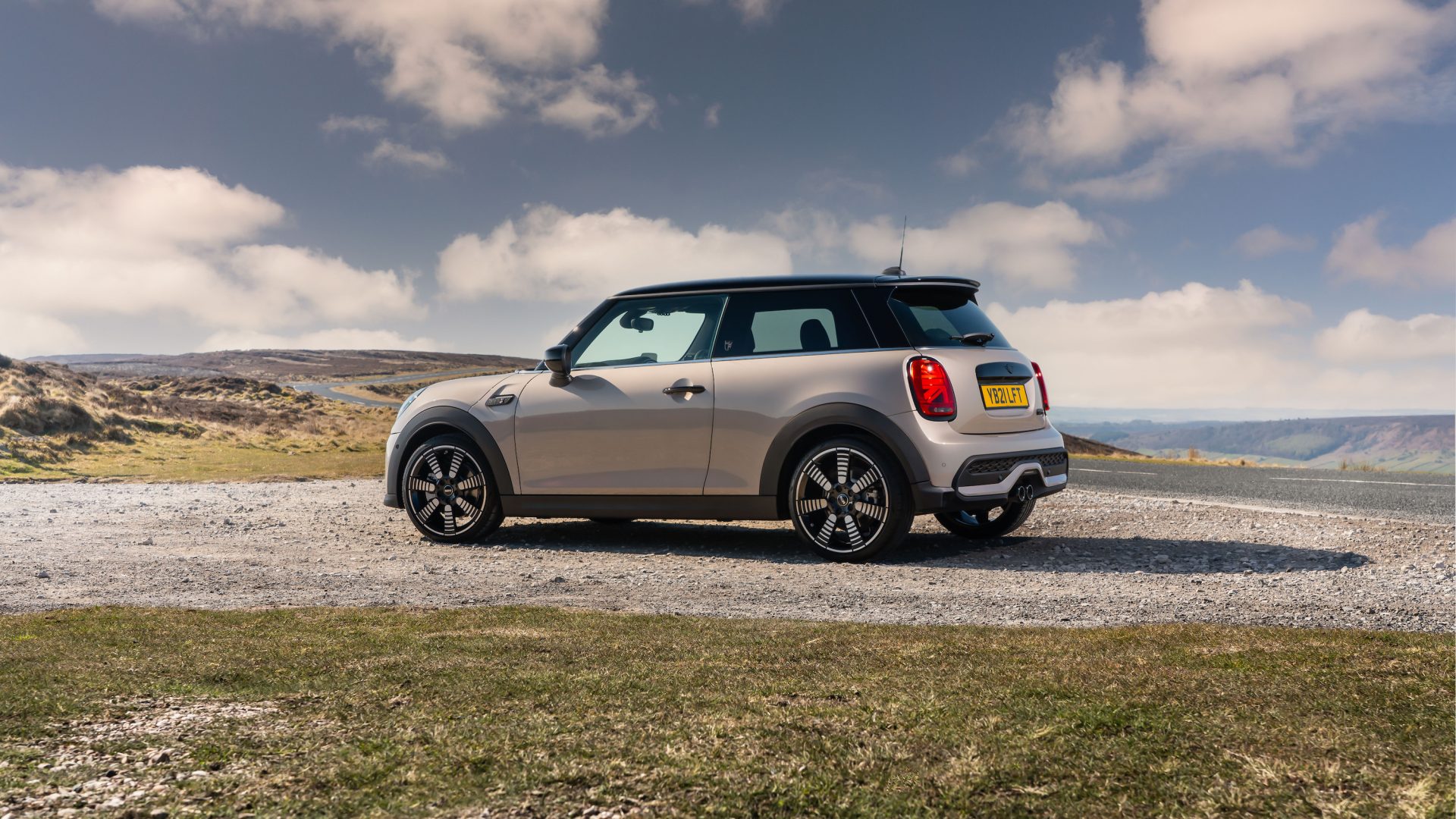 Most are familiar with Mini’s engine range, and it’s not changed on this update, with the same One, Cooper, Cooper S and John Cooper Works options available, and with power figures ranging from the first car-friendly 101bhp One to the 228bhp JCW hot hatch.

Our test car is the Cooper S, the less hardcore hot hatch option. Powered by a turbocharged 2.0-litre engine, it kicks out 176bhp and 280Nm of torque. There’s a choice of manual or automatic transmissions, with our car using the former.

With the sprint to 60mph taking 6.5 seconds and being capable of a top speed of 146mph, it’s certainly not lacking in pace.

Yet it should also be relatively affordable to run as well, with Mini claiming it will return up to 45.6mpg, with CO2 emissions as low as 140g/km.

Mini has been banging on about its cars’ ‘go-kart feel’ behind the wheel for years, and although it’s great marketing, there’s a lot of truth to that.

With such dinky dimensions (relative, of course) and impressive pace with this Cooper S, it can dart down twisty back roads at an impressive rate, feeling light and impressively agile.

The engine encourages you to push to the top of the rev range, when it begins to sound slightly more raucous, but without ever being over the top.

There’s also a new adaptive suspension available –  fitted as standard to Sport versions – which aims to offer more in the way of comfort, with its dampers able to adjust in as little as 50 milliseconds to try to soften the ride on harsher surfaces.

While an improvement, the Mini continues to be pretty firm, but never uncomfortable. 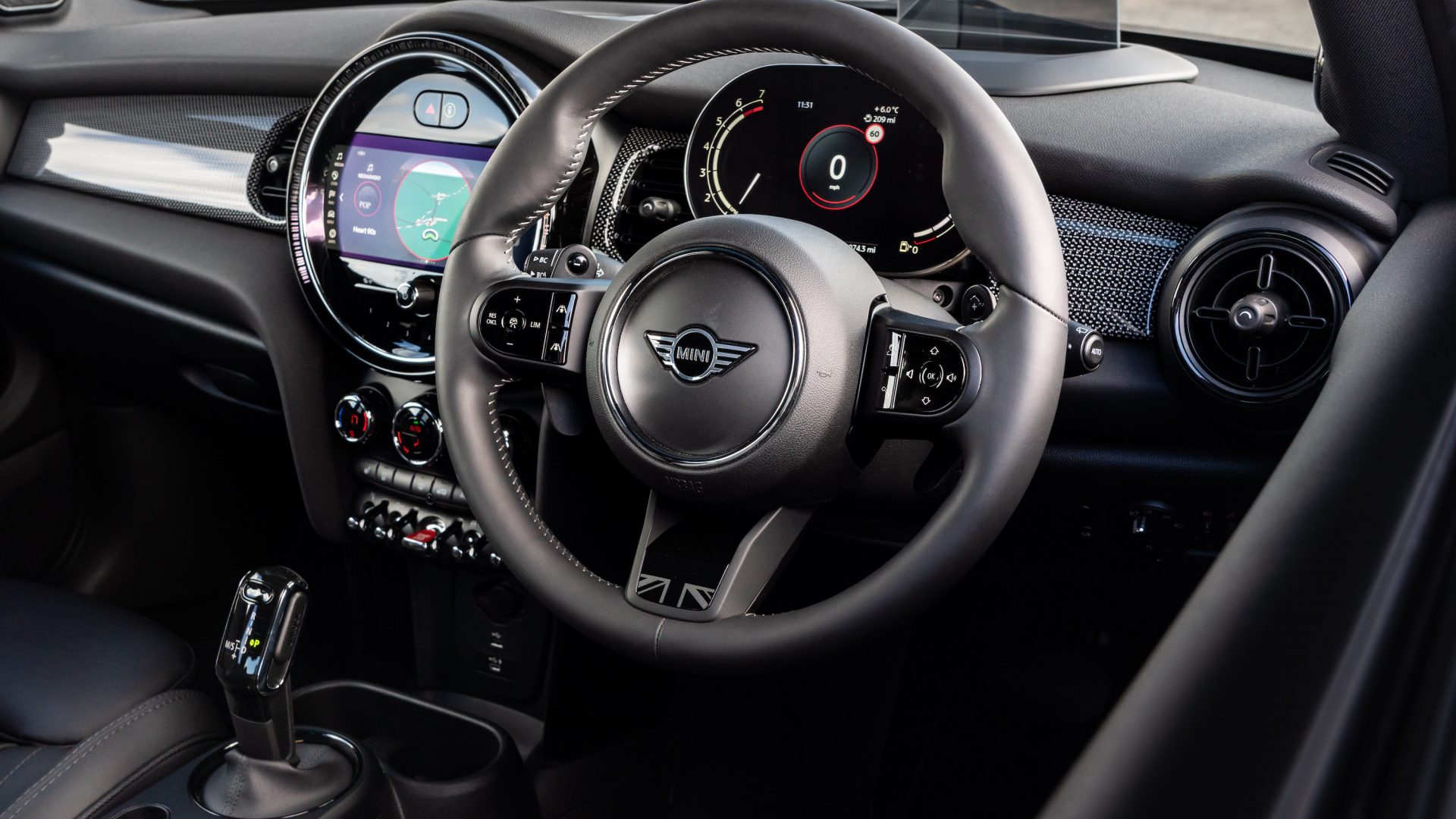 Style is everything on Minis, and we can’t blame the British firm for not wanting to mess too much with the formula.

It’s the front of the Hatch that gets most changes, with a larger grille being fitted, along with black surrounds for the headlights and grille itself.

The traditional circular sidelights in the lower bumper have also been ditched, with new vertical slats being introduced – helping to give the car a wider look, as well as improving airflow.

It’s a sign of the times that no longer do you find a speedo in the centre of the MIni’s dash, but rather a touchscreen.

While in previous cars, it looked somewhat clunky (and a bit of an afterthought), it feels well integrated now, while the larger 8.8-inch size and new graphics and displays mean it’s great to use.

As well as ‘touch’, a traditional rotary controller – similar to BMW’s iDrive system – can still be used and makes it easier to function on the move.

As before, though, the Mini’s key shortfall is cabin space. Treat it as a two-seater and it fares well, but no adult will be able to get very comfortable in the rear seats, while the 211-litre boot is tiny. The five-door Hatch is marginally more spacious, though. 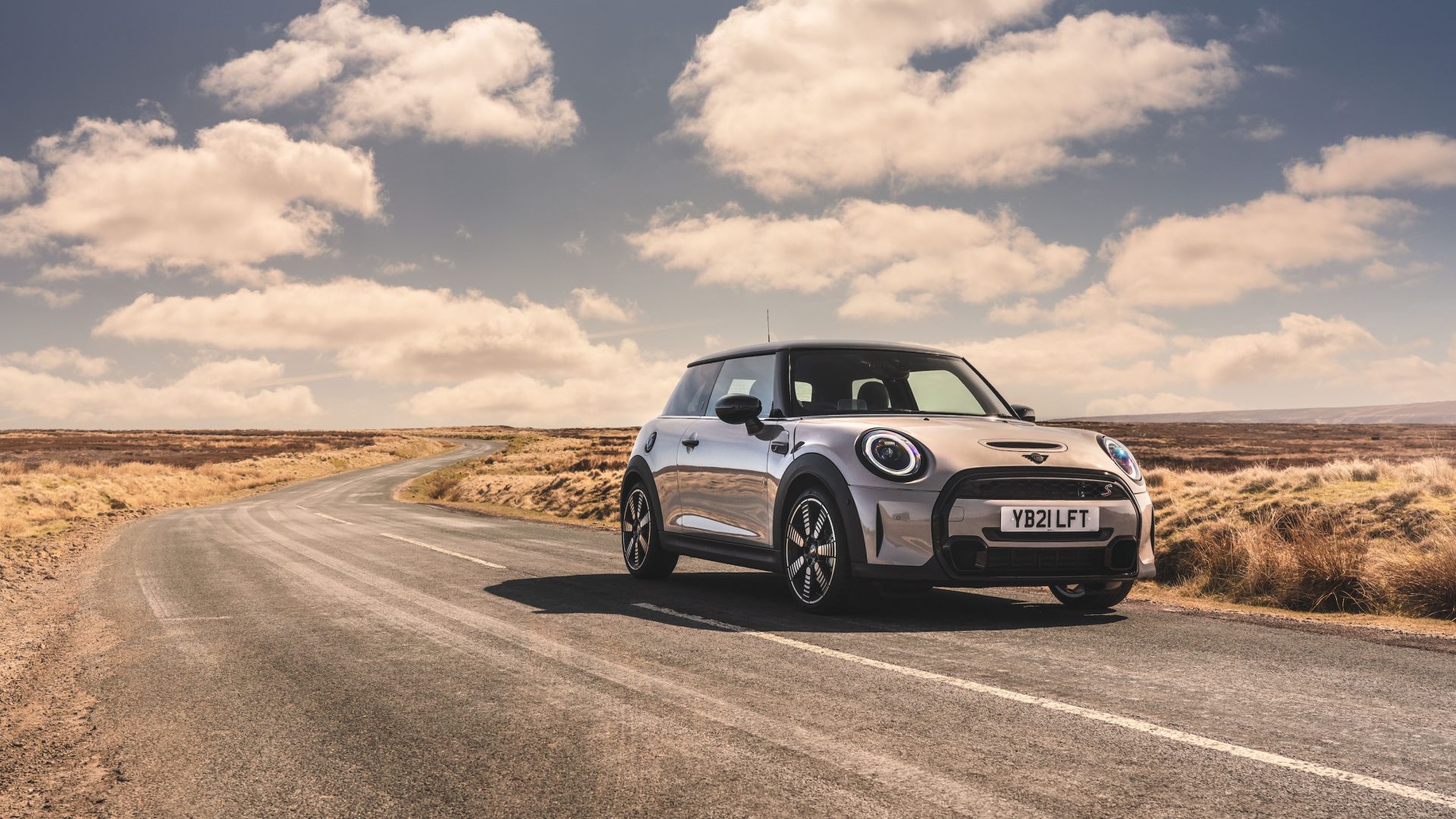 The Mini is a model that few will keep ‘standard’, with many making use of the seemingly never-ending options list. That said, there are three ‘styles’ to choose from: Classic, Sport and Exclusive.

The Sport is basically the John Cooper Works on a budget, bringing a sportier bodykit, 17-inch alloy wheels and rear parking sensors plus cruise control. Meanwhile, the Exclusive brings more in the way of luxury, thanks to a full leather interior and attractive 18-inch wheels.

Prices for the Mini kick off from £16,800 for the One in Classic trim, but many will go for a higher trim and engine, in which case it’ll soon be costing well into the £20,000s and beyond.

If you buy with your head, you’ll wonder why you’d choose a Mini. It seems expensive for what it is and it’s so much less spacious than superminis such as the Volkswagen Polo and Renault Clio.

But this isn’t a car bought using a spreadsheet, rather one that just gets under your skin as soon as you get behind the wheel.

The way it looks will be enough for many to sign on the dotted line, but combine that with an upmarket interior plus hugely enjoyable driving experience and it truly is one of the most appealing small cars you can buy today.