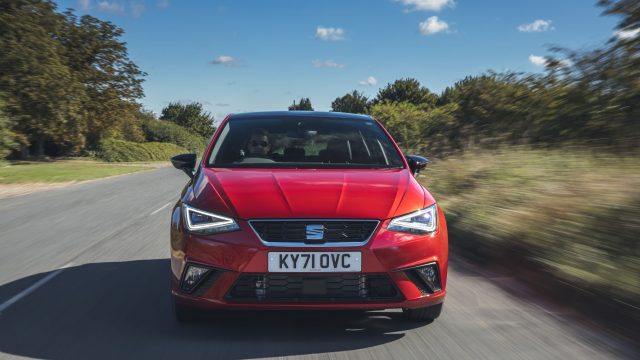 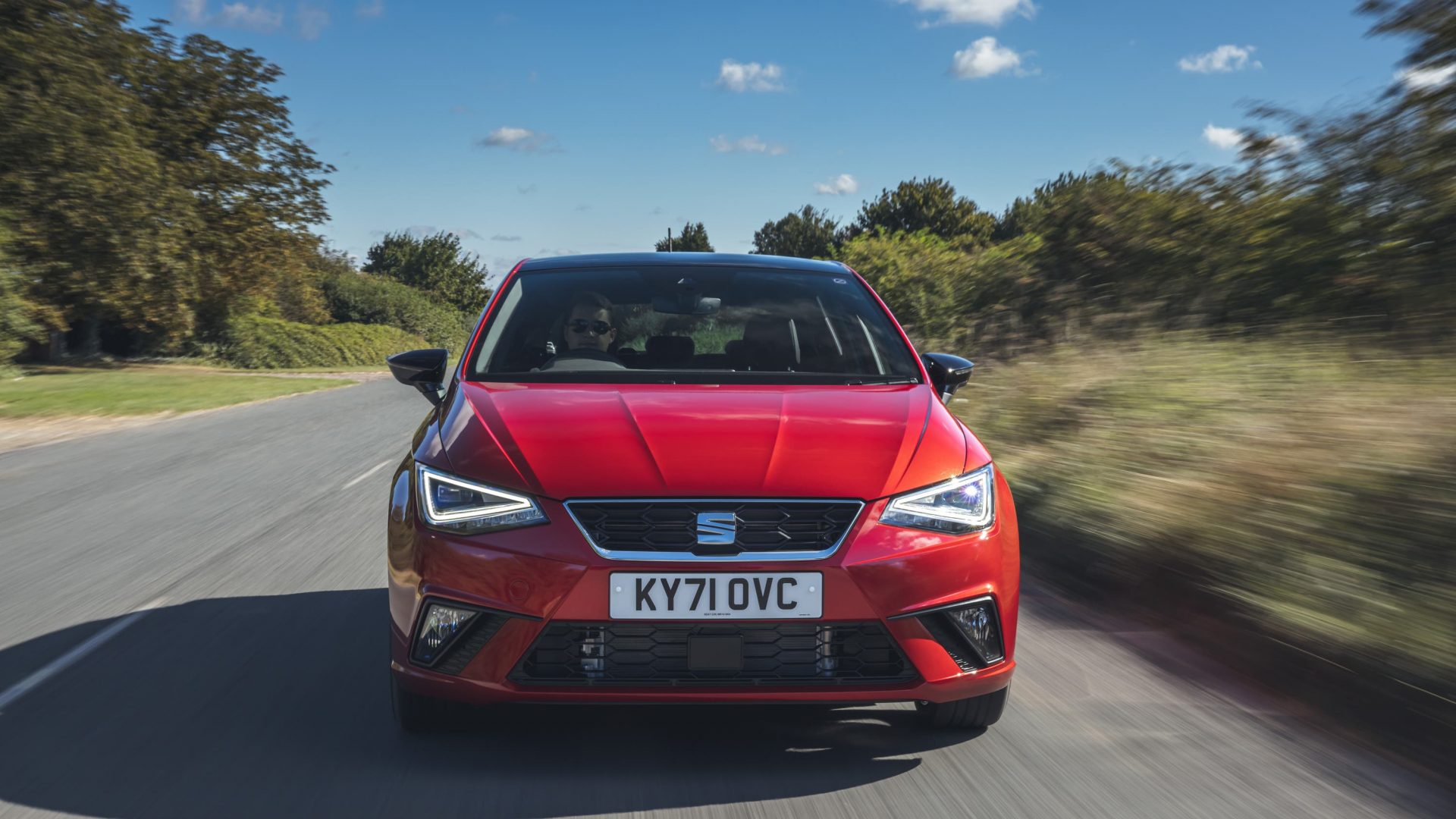 First Drive: Updates keep the Seat Ibiza competitive as ever

Seat has tweaked its popular Ibiza supermini. Ted Welford finds out what it’s like.

Seat has hugely adapted its range in recent years. Just five years ago, there was no crossover or SUV option, but today there are three such models to choose from, ranging from the compact Arona all the way up to the seven-seat Tarraco SUV.

But the Spanish firm hasn’t forgotten about its core models – not least the Ibiza, which is the VW Polo-based model that’s accumulated more than six million sales since its debut in 1984.

The latest generation launched in 2017, but four years is a long time in the car world, especially when new versions of rivals like the Vauxhall Corsa and Toyota Yaris have been launched. It’s therefore time for the Ibiza to play a game of catch up. 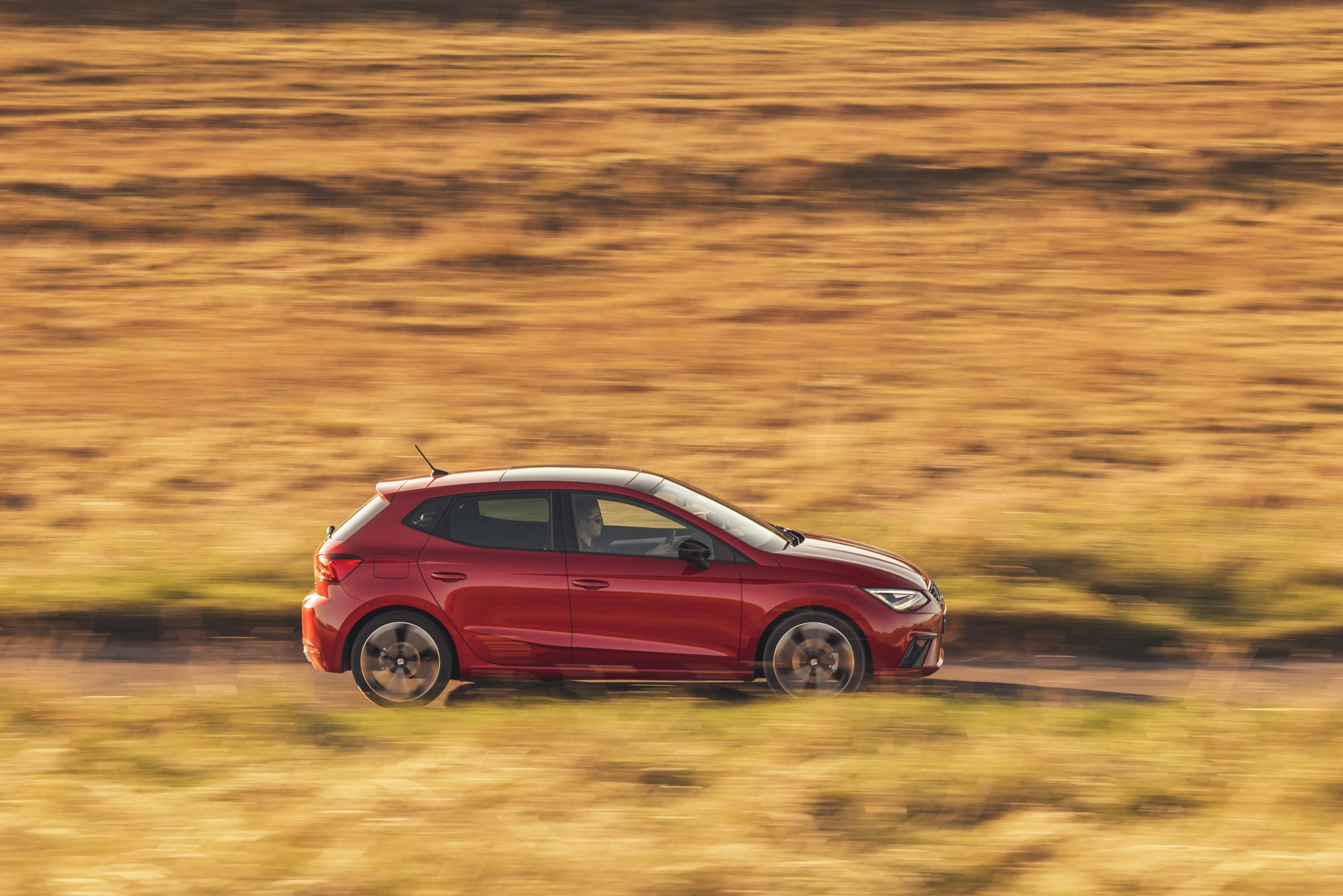 At face value, not a huge amount that’s new really. There are some new colours, fresh wheel designs and Seat’s latest way of scrawling the model out across the boot lid.

But it’s inside where the majority of changes have been made, with Seat working to lift up the quality and tech levels – things that are increasingly important, even on small cars. It’s why there are softer materials than before, while it also gets a new touchscreen that offers greater connected services.

Engine choice on the Ibiza remains identical as before, as it continues to be available with a trio of 1.0-litre petrol engines.

An entry-level 79bhp ‘MPI’ engine kicks off the range, though the better options are the turbocharged ‘TSI’ units, which – despite having more power – are actually better on fuel. Power outputs for the turbocharged engines are either 94bhp or 108bhp, with our test car using the former, which is predicted to be the best-seller.

In terms of performance, Seat claims a 0-60mph time of 10.7 seconds and a top speed of 116mph, though its efficiency will be the part that impresses most as its 54.3mpg fuel economy figure and CO2 emissions of 118g/km make it the most efficient Ibiza in the line-up. 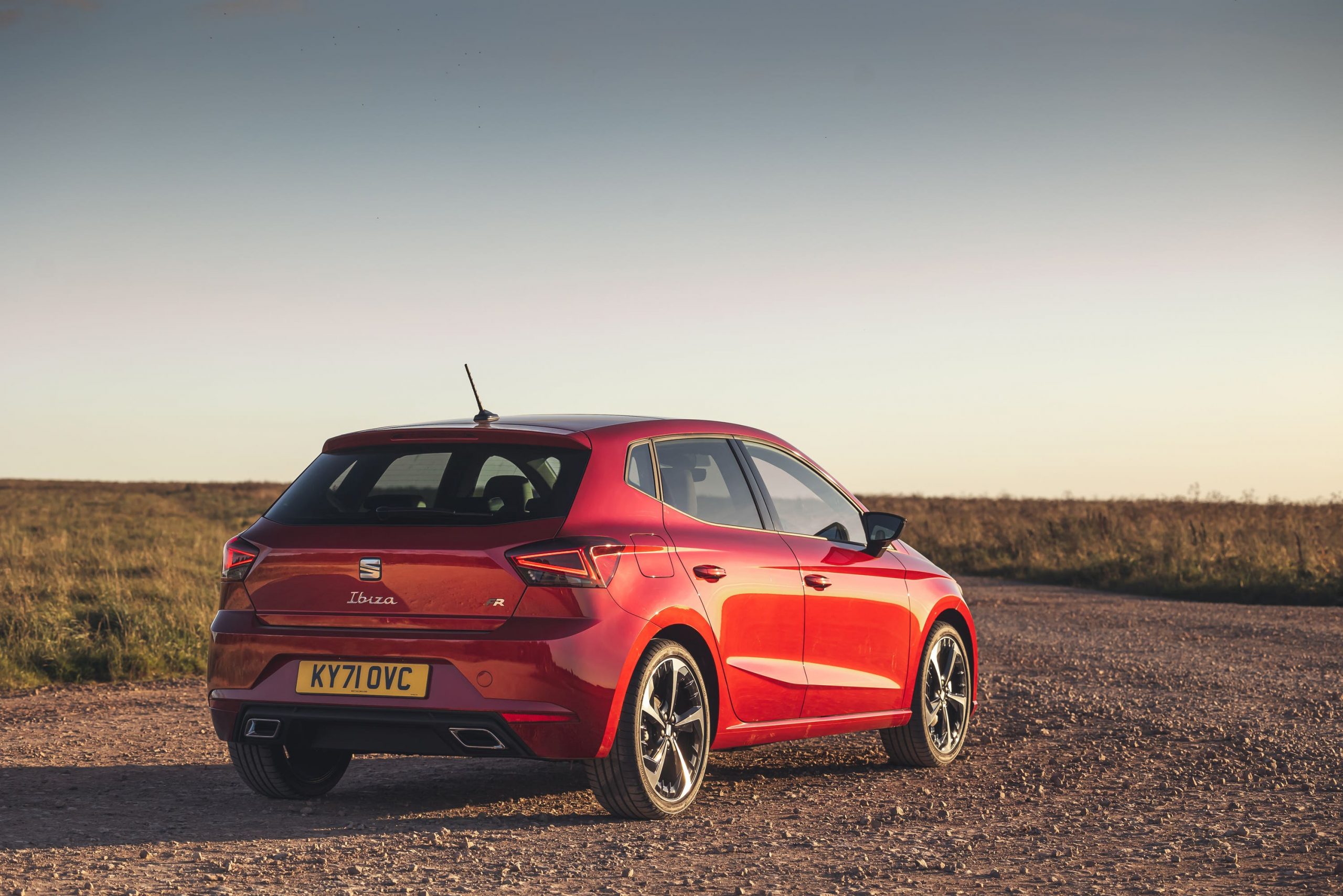 The Ibiza has always been up there with the best when it comes to the way it drives, and there’s little change here. For those looking for a sportier drive (but without venturing into a hot hatch), it’s worth choosing a model in FR guise, which gets a sportier suspension setup that helps to all but eradicate body roll, and helps to keep the model feeling agile and nimble through the corners. While the 94bhp 1.0-litre petrol engine does need working relatively hard to get the best from it (we’d be tempted to spend £400 more for the 108bhp engine), once you’re up to speed, it’s surprisingly settled, and quite happy to sit at motorway pace with minimal fuss.

The only other thing to bear in mind is that as a result of this sportier suspension setup, the ride is quite firm, and that’s especially emphasised at slower speeds. If you want something more comfortable, it’s worth skipping the FR grade.

As we’ve mentioned, Seat hasn’t done a huge amount to the way the Ibiza looks, with the standard-fit LED lights, new colours (Sapphire Blue and Asphalt Blue) and trio of fresh alloy wheels being the main changes.

However, given the Ibiza is still able to hold its own in the looks department, you can’t blame the Spanish marque for not wanting to mess with its formula too much. With its sharp creased lines, sporty bumpers and minimal overhangs, it helps to give the impression that the Ibiza is sportier than it actually is – not a bad thing in our book. 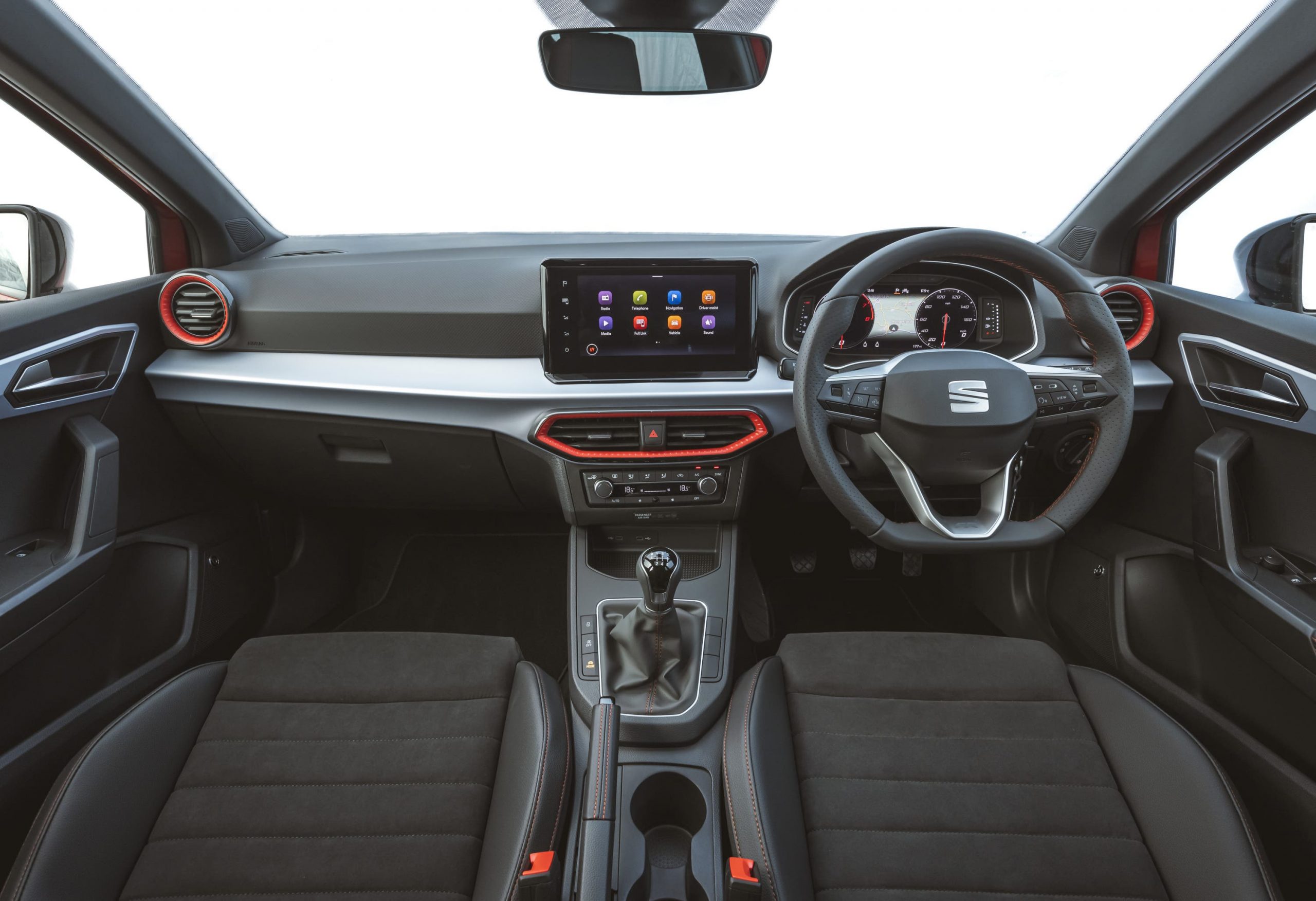 But it’s the cabin where the bulk of the Ibiza’s revisions have been made, and though this Seat’s interior was by no means bad before, it’s certainly a great improvement. The new 9.2-inch touchscreen uses Seat’s latest software and is slick to operate, with crystal-clear graphics – something that couldn’t always be said in the past. Seat Connect app integration allows remote access of the vehicle (if you want to check you’ve locked the doors, for example), while wireless Apple CarPlay and Android Auto is a welcome addition.

The other area where the Ibiza scores lots of points is interior space, as it offers the levels of roominess you’d normally expect from the class above. With a 355-litre boot and plenty of room for adults to sit comfortably in the rear, it’s impressively vast for a supermini.

Prices remain broadly similar to those on the previous Ibiza, and though its £16,790 starting price might seem steep, it’s par for the course in this class these days. You get a good level of standard equipment as well, including LED headlights, an 8.25-inch touchscreen, cruise control and air conditioning.

We reckon the FR trim is a wise option as it gets more attractive styling, along with 17-inch alloy wheels, a larger touchscreen and full LED headlights. With our test car in this trim costing just under £20,000, we reckon it’s a wise choice to go for.

While further up the line-up brings keyless entry, digital dials, and adaptive cruise control, we question if you really need such features on a model like the Ibiza.

It’s safe to say Seat’s tweaks to the Ibiza are impressively mild, and are the kind of updates you’d usually get from a model year revision rather than a full ‘facelift’. However, if what you’ve got already is good, do you need to change just for the sake of it?

It’s easy to see Seat’s logic then, and the changes that have been made to bolster cabin quality and standard equipment levels are welcome. With the Ibiza being one of the best in its class to drive, one of the roomiest and representing good value for money, it continues to be one of the best all-round small cars on the market.