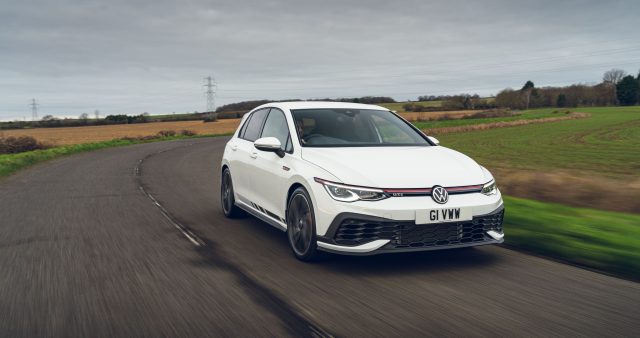 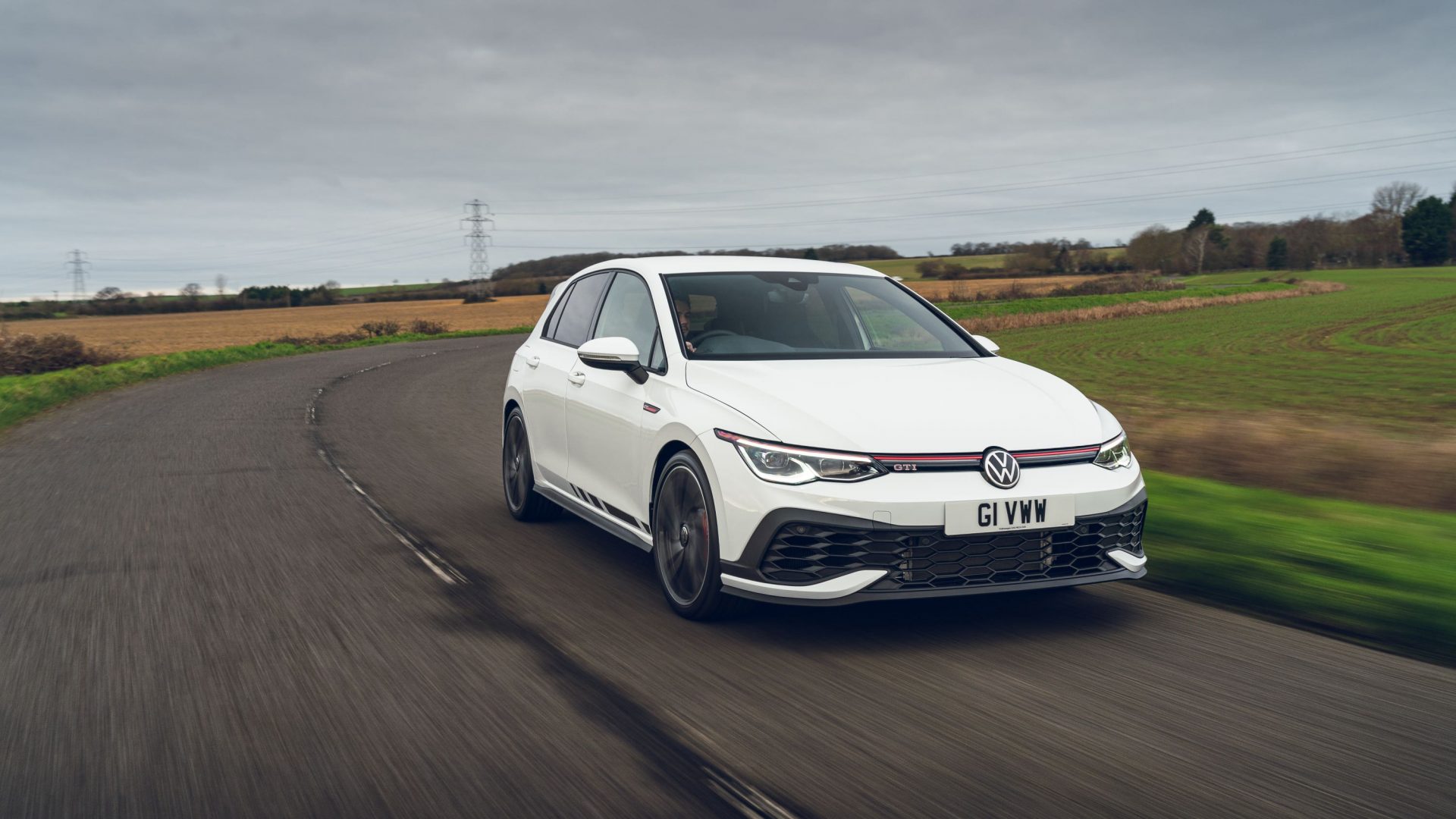 The GTI Clubsport is Volkswagen’s attempt to add a little more fun to its classic performance hatchback. Jack Evans has driven it

While the standard Golf GTI left us feeling a little confused as it represented a marked difference from the polished and involving experience you got from the previous generation car, the new Clubsport – which slots between the GTI and the R – aims to make the Golf as involving and exciting to drive as possible.

The exterior tweaks to denote this is the Clubsport model are slight with slightly longer side skits and split exhaust pipes being the only real clues. The real changes lie underneath as there’s a power hike and the suspension has been lowered by 10mm. There’s also uprated brakes with two-piston calipers for enhanced stopping power.

A big addition, however, is the inclusion of an electromechanical front differential, which replaces the solely electronic version you’ll find on the standard GTI. It should, in theory, give the Clubsport added bite in the bends and allow it to better translate its power to the road.

The Clubsport might use the same 2.0-litre turbocharged four-cylinder engine as you’d find in the regular GTI, but the wick really has been turned up.

Thanks to a revised ECU, a new turbocharger and a larger intercooler, the Clubsport produces a healthy 54bhp more than its regular sibling, for a total output of 296bhp. There’s 400Nm of torque, too, up on the GTI’s 370Nm.

Driven to the front wheels via a seven-speed automatic, the Clubsport will nail 0-60mph in just 5.4 seconds and carry onwards to a top speed of 155mph. But with a list of comprehensive chassis upgrades, this is a car less about outright figures and more about cornering. Even so, it ticks the day-to-day boxes; Volkswagen claims 38.3mpg combined, while CO2 emissions stand at 167g/km. 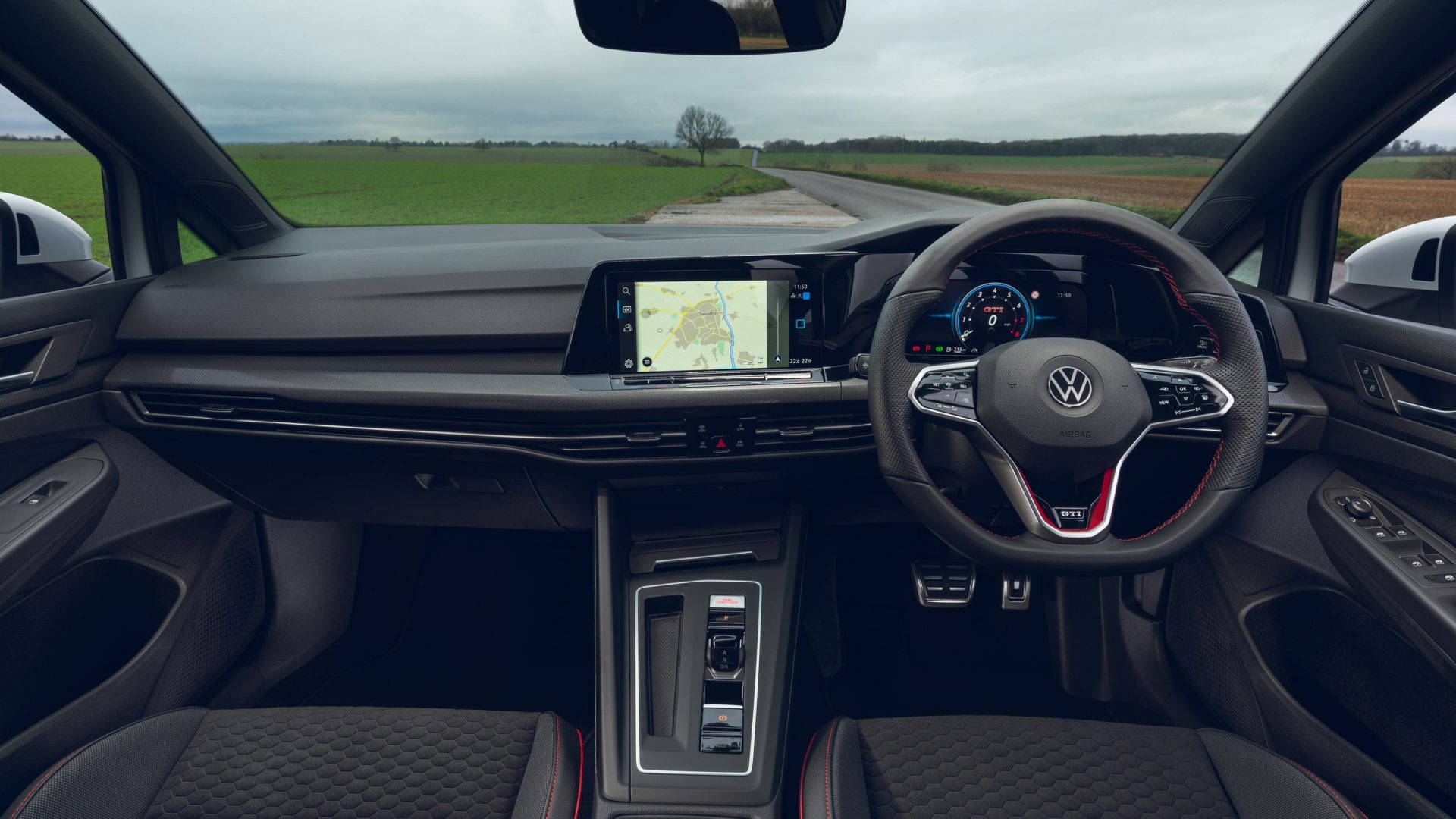 Though the outer skin of the Clubsport might not detach itself too much from the standard GTI, the way it drives differentiates it more comprehensively. The low-speed ride might be a touch fidgety, but the Clubsport’s dampers have been judged so effortlessly that as you gain speed the car becomes far more pliable and comfortable than you might expect.

The engine feels more energetic than before, too, and it even sounds better than the regular GTI. Pushing on, it has a new, frantic energy to it which pushes you to explore the upper edges of the rev range. The front end of the car is particularly sharp, too, while the larger brakes really do help to give the Clubsport added bite when stopping.

The new Nurburgring mode – included as part of the optional Dynamic Chassis Control pack – feels unusually theatrical for a Golf. It makes the Clubsport as aggressive as possible – though it makes the dampers softer than in ‘Sport’ – and is a great addition to the traditional drive modes.

In all, it just feels so much more involving and more exciting than the standard GTI.

The cabin of the GTI Clubsport is the high-tech affair we’ve come to expect from this latest eighth-generation Golf. It means there are very few physical buttons, replaced instead with screens and displays. The seating position is good, though the seats themselves aren’t quite as aggressively bolstered as we might’ve liked; a more figure-hugging bucket seat might be a better fit here.

It also seems strange to not have a dedicated drive mode button on the steering wheel. Volkswagen has included one on the Golf R, after all, so why not feature a small ‘Nurburgring’ mode button ahead of the driver?

You do, however, benefit from a spacious cabin that is easily accessible – the new GTI is five-door-only – while a 374-litre boot is more than acceptable in size. 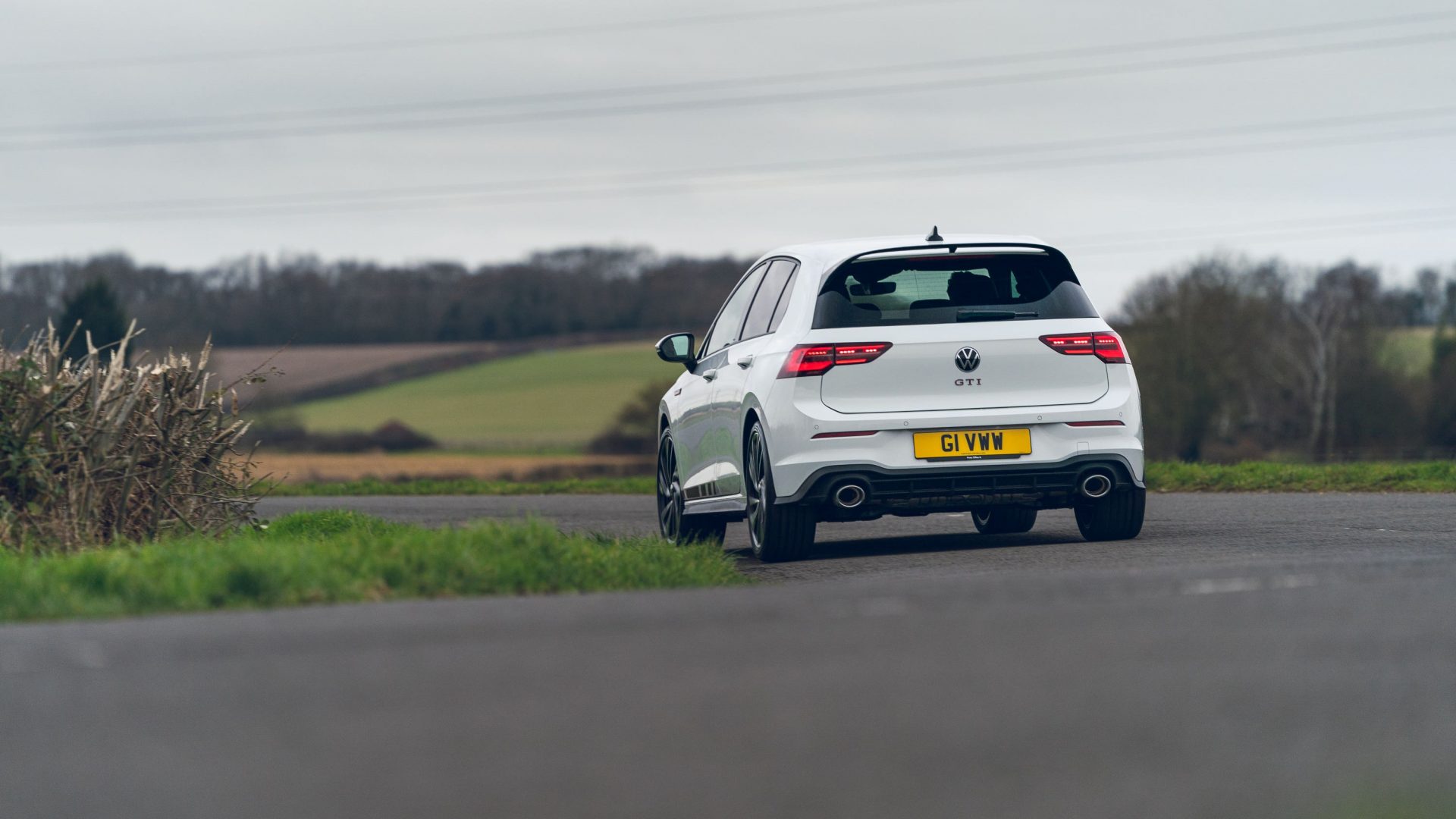 The Clubsport gets all manner of toys thrown its way, including a 10-inch central touchscreen that houses all of your main media and navigation functions. It’s also here where you change the heating and ventilation controls, which can be a bit tricky on the fly. There are some slim buttons underneath which allow you to lower or raise the temperature, but they’re a little unresponsive.

Prices for the Clubsport start from £37,230 and for that, you get a very comprehensive list of equipment. Our car, which came in at £42,460, only had a few choice options added; the Dynamic Chassis Control, at £785 is one we’d thoroughly recommend adding, while a more comprehensive infotainment system comes courtesy of the Discover Navigation Pro package. At £1,600 it’s quite pricey but does include full European mapping, gesture control and online traffic control.

The Clubsport feels like an impressive step forward over the ‘ordinary’ Golf GTI. It’s more involving, more focused and feels, in truth, what the Golf GTI always should’ve been. The pair might be separated by a £3,705 difference in price, but it feels like the Clubsport more than makes up for this increase thanks to its range of mechanical upgrades and, of course, its more powerful engine.

If we were looking at a GTI, it’d be hard not to be tempted to make the jump up to the Clubsport. You lose none of the day-to-day usefulness but gain a whole heap of what you need from a hot hatch: excitement.