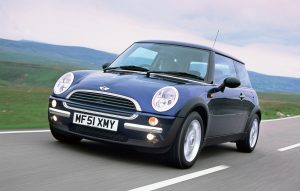 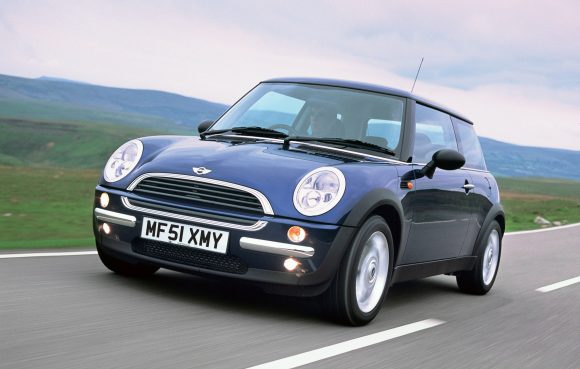 Big Mike: Valuable advice taken to heart should avoid surgery for car and me

I’m always one to help a damsel in distress, especially when said damsel is not only pleasant on the eye but also a good customer of mine.

So when a lovely young lass called Jayne, a twice-purchaser from Big Mike’s Motors and a local A&E nurse, appeared on my forecourt in distress because the Mini she’d bought from me a couple of months earlier was making a nasty noise and she was almost late for her shift, I did what any good car dealer would do in the circumstances and chucked her the nearest set of keys so she could continue on her merry way.

Like everyone (at least I hope), I absolutely cherish our emergency services and have the utmost respect for anyone who puts themselves on the front line, especially in these weird and challenging times, so my number one priority was to get her to work, and my number two priority was to have a proper look at the Mini to determine what might be wrong with it, and – indeed – determine if there was any liability on my part.

I like to help damsels in distress, but I don’t like them starting a warranty action against me or taking me to the small claims court. I’m not that much of a soft touch.

Anyway, with Jayne happily saving the lives of the great unwashed from behind the wheel of the 2004 Jaguar X-Type I’ve been smoking around in (it was part-exchanged with two-thirds of a tank), I took the Mini into my workshop – which is more of a shed full of hand tools at the back of the lot, but it sounds posh – to see if I could find anything obvious. And I did.

As soon as I started it up, it sounded like a family of skeletons at a disco. The familiar click-clock-clack of an engine as dry as my sense of humour or a minor Arab state was so loud that it was obvious what was wrong.

She had suggested to me that a friend had pointed to the ‘710’ thing under the bonnet as a likely cause, but I had no idea what she meant by the ‘710’ thing – until I turned the number upside down, and that was long after my diagnosis.

Two litres of 10w40 later and the Mini sounded like it should, and with no lasting damage – or at least I hope not. So I called Jayne to give her the good news and told her that if she called by on her way back from work, I’d give her the results of the health check on her car and some useful advice on how to avoid such a stressful moment in the future.

Later that afternoon, she returned my Jaguar as clean and sparkly as a hospital ward, which was the very last thing I expected her to do. 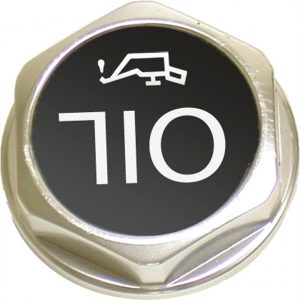 But she’s that kind of person. The type that we really need more of in this world so we start to respect each other more, along with each other’s property, opinions and beliefs. But it’s probably for the best not to get me started on that.

Because she’s such a lovely person, I felt terrible reading her a fatherly riot act on vehicle maintenance. I explained that the clue with the ‘710’ thingy was to turn it the other way up, and reiterated a phrase my old man taught me when I was a kid: ‘Only a dipstick ignores their dipstick’.

I showed her how to check the oil and, while at it, the coolant level, tyre pressures and how to spot warning signs of imminent problems, such as where to look for spots of potion number 710 seeping out of the block, or white deposits on radiator hoses that suggested they were about to let go.

I should add that these were not issues on her car – supplied by a reputable Midlands purveyor of fine previously cherished automobiles – but on a PX-to-clear Hyundai Amica that was residing in Poo Corner: the part of my pitch where I keep the cars that are one MOT or 710 change away from the scrapyard, and which I frequently farm out to local takeaway outlets in exchange for curry vouchers in lieu of cash.

I pointed out that all of these precautions would save her from having to subject her car to major surgery in the future, to which she nodded sagely, accepted she’d been a bit slack and beckoned me over to the Jaguar because she wanted to ‘show me a couple of bits’ before she gave it back.

Concerned that the problem might be with the car (those V6 Jags are usually quite reliable, providing you don’t poke the sills with a screwdriver), she instead opened the boot and showed me two boxes.

The first was one that I’d put in there myself, containing half a dozen empty wine bottles, two empty port bottles and at least a dozen empties courtesy of Banks’s Brewery – the consumption of the last lot being a rite of passage for any Midlands lad, even if it does take a while to get used to the taste.

The second box was one that Jayne had put together herself, containing two wooden Monte Cristo cigar boxes (other cigars are available, but you might as well just ignore them in my opinion), half a dozen empty tins that once contained ‘full-fat’ Coca-Cola, and several paper wrappers from the roadside and high street food chain that recently found fame for its vegan sausage rolls. 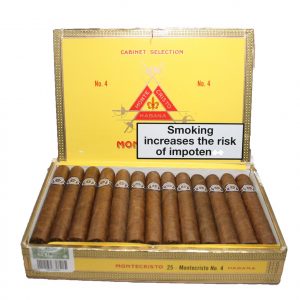 And there was nothing vegan about what I’d consumed from those wrappers, believe me. These had all been found rolling around inside the car.

Next to them were a tub of lard (or to TV viewers of a certain age who recall the famous episode of Have I Got News For You – Roy Hattersley MP), a half-burned log and a tennis ball wrapped in elastic bands.

‘These are your arteries,’ she said, holding up the tub of Hattersley.

‘These are your lungs [the log] and this is your heart,’ she added, holding up the tangled up tennis ball. ‘After all, it’s only fair that I give you the same kind of advice so you can keep your body from having to undergo major surgery in the future.’

And you know what? She had a very good point.

While she was deliberately (but somehow amusingly) patronising in her delivery, it was a bit of a wake-up call that a life spent eating the rubbish you buy from the petrol station, setting fire to plants and sucking the burning bits through your mouth, then drinking yourself to merriment every few days or so probably isn’t the healthiest of lifestyles, and in our industry all of these are rife.

I grew up in the motor trade, most of my mates are in the motor trade, and it’s a business that attracts a certain type of person. They’re the kind of people who are always very funny and great fun to be around but who are rarely beacons of physical perfection.

This is partly because we do a lot of our deals in the pub, and partly because we’re often working-class blokes, for whom our upbringing is as much a part of the reason why we don’t take care of ourselves as well as we should as much as our own weaknesses and addictions.

As Jayne drove away, she could no doubt see from the pensive look on my face that as much as I’d taught her a lesson, she’d taught me one too.

And I’m pleased to say I’ve taken a little bit of notice and I’ve given up the sausage rolls.