Home > News > Ford confident it will stay in pole position 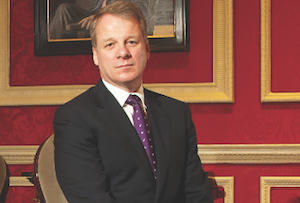 Ford confident it will stay in pole position

FORD expects to retain its market leadership in the new car market next year, despite Vauxhall’s recent claim that it will take the number one spot.

Chairman and MD at Ford of Britain, Mark Ovenden, said Ford is keeping an eye on Vauxhall as it does with other manufacturers such as Volkswagen and Kia.

‘We keep an eye on Vauxhall as we do Volkswagen and the Koreans are growing aggressively. But there is also a big threat from the German premium brands, which are increasingly coming into our territory.

‘The challenge from the French makers has slowed while the Japanese have been quiet but I will not be worrying too much about what other people are doing, my focus will be on what Ford is doing.

‘The economy is improving, it’s not on fire but we are happy to see slow progress and the return of consumer confidence particularly in the retail sector. The exchange rate is benign, it could be better, but on the whole at a macro level, the economy is looking good.’

Meanwhile, Ovenden said he is particularly pleased with Ford’s retail sales to private buyers, which have increased by one per cent in the UK to 13 per cent over the last year.

He added: ‘A full one per cent is an endorsement of what we are doing with the brand. Fiesta is an absolute phenomenon and holds 25 per cent share of its segment in retail, an impressive performance when you consider there are probably 20 other rivals you could easily choose.’

‘Commercial vehicles are an important market area for us and we have the new large Transit coming next year and this will be followed by the Custom, Connect and Courier versions.’

However, despite strong performance in other sectors, Ovenden adds that the firm hasn’t quite had the wide range of SUVs matched by manufacturers such as Nissan.

‘One area where we have not been strong is SUVs where the Kuga has held its own but it has been our only model. Our position will improve considerably with the introduction of the EcoSport and the Edge.

‘To a point we could probably achieve any market share we want, but it is the quality of market share that is important.’

Baggott: Vauxhall taking the number one spot? Aldred must be joking