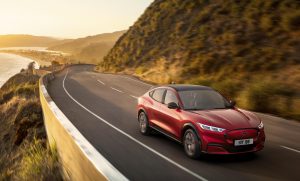 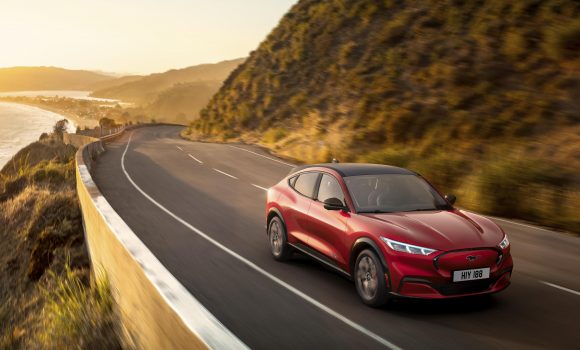 REGISTRATIONS for the upcoming Ford Mustang Mach-e are ‘slightly ahead’ of expectations, says Ford.

Around 200 UK registrations have been made since orders opened three weeks ago, with each requiring a £1,000 deposit. First customer deliveries are expected to take place in the fourth quarter of 2020.

It does, however, lag some way behind Norway – a country heavily invested in electric vehicles – which is said to already be on a ‘four-figure total’.

A spokesperson from Ford told the PA news agency that TrustFord – the largest Ford-dedicated dealer group for new and used cars – had taken ‘double the second-placed dealer group’s deposits’, with a majority of those registering in metropolitan areas.

However, the spokesperson stated that the ‘overall spread of deposits is national’, stretching across the country and even as far as the Channel Islands.

An all-new purpose-built vehicle, the Mustang Mach-E is one of 14 electrified Fords due to come to Europe by the end of 2020.

It’ll be launched initially with a variety of battery pack sizes and power outputs. At the entry point sits a single motor-driven version with either a 75kWh battery and 245bhp motor or a 99kWh battery and 285bhp motor. Both should hit 60mph in under eight seconds, while ranges of 280 miles and 370 miles should be possible from the respective powertrains.

Further up in the range sits a twin-motor all-wheel-drive version, with the choice of either a 75kWh battery and 245bhp or a 99kWh battery and 332bhp.