Home > News > Ford stands to benefit from emissions scandal, according to chairman 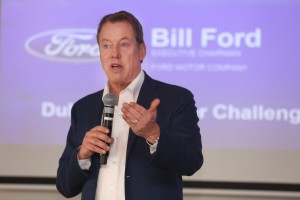 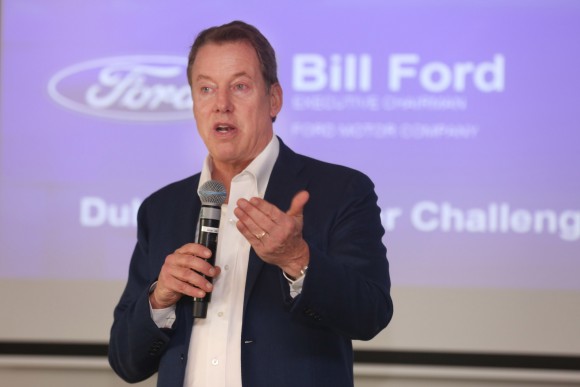 Ford stands to benefit from emissions scandal, according to chairman

FORD’S chairman has admitted that the company could benefit from the emissions scandal surrounding Volkswagen, following an internal investigation that confirmed the Blue Oval has not been using the infamous ‘defeat device’.

Speaking to the Telegraph, Bill Ford, great-grandson of Henry Ford, claimed that his firm was poised to benefit from VW’s problems, and any impact it might have on diesel sales.

He stated that Ford’s focus on efficient petrol engines and hybrid powertrains could lead customers to plump for Ford over VW.

Mr Ford said: ‘One thing I feel very good about is that our company has made the investments – whether it’s EcoBoost on petrol, hybrids and electric vehicles – we have positioned ourselves quite well, I think, depending on where diesel goes.’

He also emphasised his confidence that Ford would not be affected by the crisis.

‘Of course we checked. The reality of the world that we live in is that nobody’s perfect. In this case we know we don’t have any defeat devices.’

Mr Ford added: ‘As I say, I like where we’re positioned to take advantage.’

On SuperUnleaded.com: This Lamborghini Is World’s Most Expensive Dune Buggy